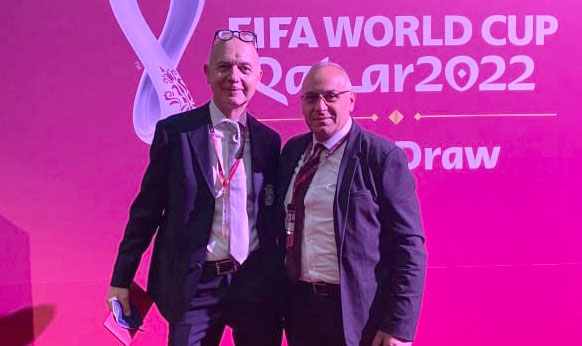 Ademi meets the new President of the DFB

During this meeting, Ademi congratulated Mr. Neuendorf for his election at the helm of the DFB, wishing him success in running the German football. The head of FFK informed Mr. Neuendorf on the developments of Kosovo football and the progress that has been made in every segment after the membership in UEFA and FIFA.

Mr. Neuendorf expressed his readiness to further assist Kosovo, especially in the education of young staff as well as youth and girls football.

FFK establishes partnership relations with the Football Federation of Kuwait