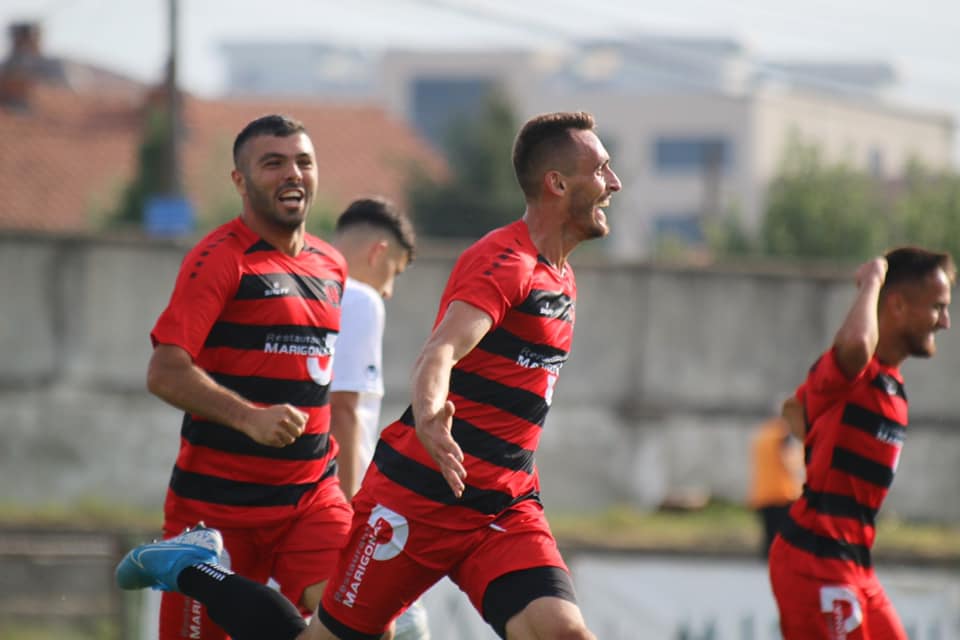 14 December 2020 – The last two matches of the 18th week in the Super League of Kosovo in football were played today. The reigning champion and leader of the ranking, Drita, equalized at home in a match with Arbëria, with 1: 1, losing the opportunity to lead the four-point lead over Ballkan. Kastriot Rexha gave Drita the lead in the 36th minute from the penalty while one point was awarded to Arbëria by Hamdi Namani with an own goal scored with a header in the 76th minute.

Meanwhile, the other match that was played at Riza Lushta stadium in Mitrovica between Trepça’89 and Drenica ended without a winner and no goals. Both teams created some scoring opportunities, but neither side managed to get the ball into the opponent’s goal net.

On Sunday, Prishtina defeated Ballkan with 2: 1 with the goals scored by Oto John (45 ‘) and Besnik Krasniqi (90’-penalty) while the only goal for Ballkan was scored by Visar Berisha in the extra minutes of the first half.

Llapi also achieved a victory in front of its fans in a duel with Feronikeli with 3: 2, while Gjilan that defeated Besa with 2: 1 enjoyed the victory as a guest this week.

After the 18th week, Drita leads with 40 points, followed by Ballkan with two points less.

The remaining two matches between Prishtina – Drita and Gjilan – Ballkan will take place at the weekend thus closing the autumn season competitions in the Super League.