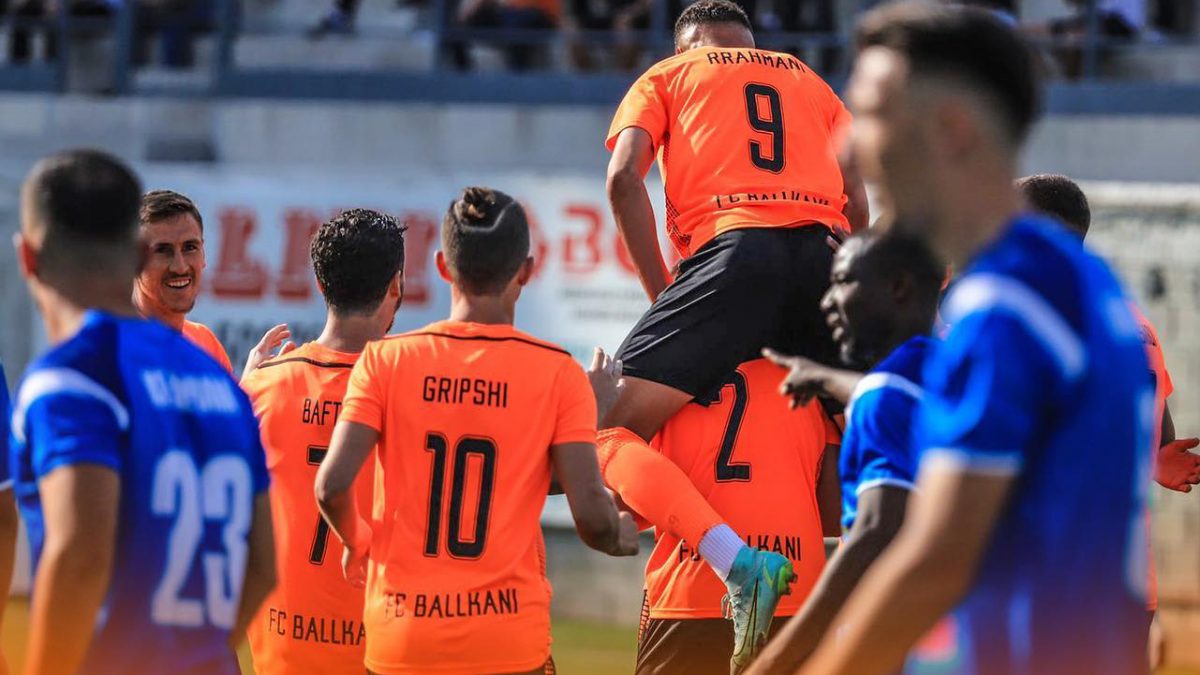 Ballkan and Drenica win at home, Drita gets three points as guests

11 September 2021 – Three matches of third week of BKT Super League of Kosovo in football were played today. The reigning champion, Prishtina, faced the second loss this edition. The Capita’s white-and-blues were defeated by Drenica at the Bajram Aliu stadium in Skenderaj with 2:1. For Drenica, this is the second win and one equalizer as well. Goals for red-and-blacks were scored by Denisson (9’) and Baton Zabërgja (63’) whereas the only goal for Prishtina was scored by Otto John (73’). It is worth mentioning that Prishtina played with one player less from the 38th minute as Erando Karabaci was punished with a red card following the VAR check, due to a sharp intervention.

Ballkan achieved a win at home as well with 3:2 but with many difficulties than expected in a duel with Ulpiana. Ballkan took the lead in the 5th minute with Armend Thaçi’s goal and the advantage to 2:0 was added by Astrit Thaçi in the 53rd minute. However, the guests managed to return with the goals scored by Trimnor Selimi (72’) and Ardi Shala in the last minutes. Nevertheless, Ballkan found the winning goal in the extra time of the match when after a beautiful arch of Armend Thaçi, the defender, Rrustem Hoxha scored by header to 3:2.

Meanwhile, Drita won as guests with 1:0 thus stopping the positive initiative of the promoted team in the elite, Malisheva. The only goal in this match was scored in the 83rd minute by Ardit Tahiri, goal that was confirmed only after a VAR check as it was not clear whether the ball had passed the goal line or not.

Two other matches will be played tomorrow when Gjilan hosts Dukagjini and Llapi plays with Feronikeli.