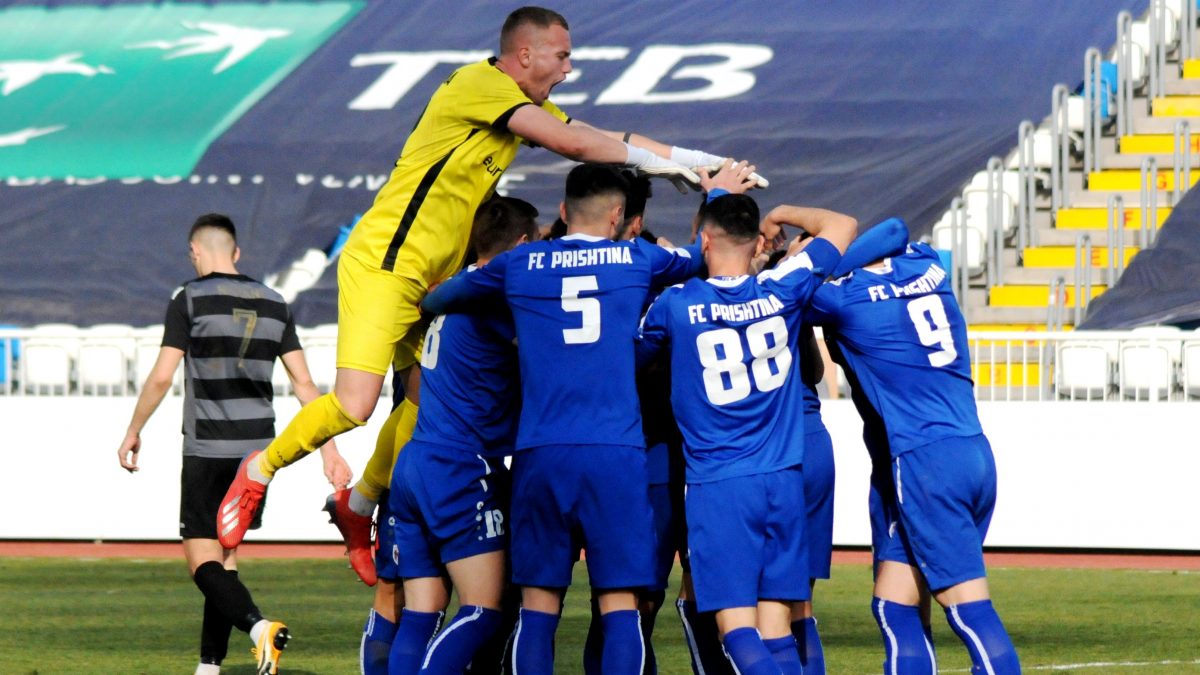 Ballkan remains the leader, Prishtina returns to the race for title

24 February 2021 – The first three matches of the 21st week in the Super League of Kosovo in football were played today. The leader of the ranking, Ballkan, collected one point as a guest, equalizing with Gjilan with 1: 1. The orange-and-black team took the lead with Mevlan Zeka’s goal in the 76th minute. However, only two minutes later, Darko Nikaq equalized the numbers.

Meanwhile, Prishtina confirmed its good form this season, defeating again the reigning champion, Drita at “Fadil Vokrri” stadium with 2: 0. Goals for Prishtina’s victory were scored by Leotrim Bekteshi in the 17th minute and Tun Bardhoku in the 87th minute.

Drita closed the game with one player less as in the 60th minute the African, Henry, was sent off after the second yellow card. After this win, Prishtina returns to the race for title because it has reached the quota of 41 points, three points less than Drita, respectively 4 points less than Ballkan.

Trepça’89 that defeated Llapi with 1:0 at “Riza Lushta” stadium also achieved an important victory. Mohamad Darwish scored the goal in the 44th minute.