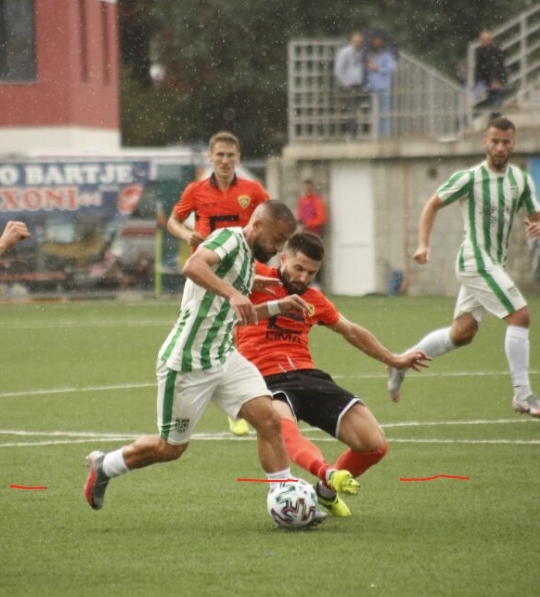 Ballkan wins for the second time, Drenica and Gjilan enjoy their first wins

23 September 2020 – Four matches of the Second Week in Super League of Kosovo in football were played this midweek. The match between Drita and Trepça’89 was postponed due to the participation of the club from Gjilan in the Europa League. Gjilan won as guest at ‘Zahir Pajaziti’ stadium, defeating Llap with 1:0. The winning goal was scored by Darko Nikac following Progni’s assist in the 63rd minute. In the other match, Ballkan defeated Feronikeli with 3:2 when Mirlind Daku recorded his second “hat-trick” this edition thus scoring in the 5th, 24th and 64th minutes. Feromikeli managed to score twice through the Brasilian footballer, Marclei in the 82nd and 86th minutes. The debuting team in the elite, Arbëria, continued to surprise by drawing with Prishtina with 1:1. Arbëria took the lead first with Dior Zabërgja’s goal in the 10th minute whereas the equalizing goal for Prishtina was scored by Otto John. In the other match, Drenica, defeated Besa with 2:1 at the ‘Bajram Aliu’ stadium in Skënderaj

Arbëria wins again and becomes the leader after the third week