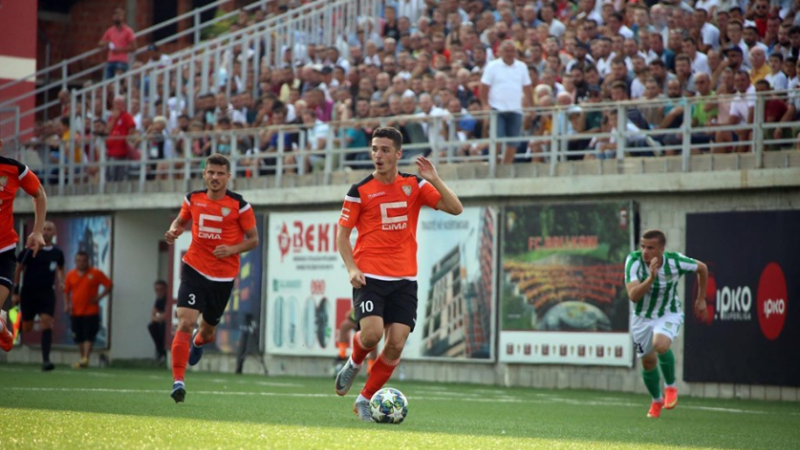 2 November 2019 – Three matches of Week 13 of IPKO Super Liga in football were played today. The leading team, Ballkani, scored its ninth win in this season, the third in que and that at ‘Rexhep Rexhepi’ stadium in Drenas, against the reigning champion, Feronikeli, with 2:0. Both goals for the team from Suhareka were scored by the new striker , Blend Baftiu who is showing a great performance. Baftiu first scored in the 31st minute and then in the 65th minute. Meanwhile, Prishtina could not get more than one point in duel with the last team in the ranking, Dukagjini in Klina thus ending the match goalless (0:0), five points less than Ballkani that is leading alone in the rankings. On the other side, Trepça achieved its third win in que. This time ‘miners’ gained three new points before their fans in duel with Vushtrri (1:0) with the goals scored by Arb Manaj.