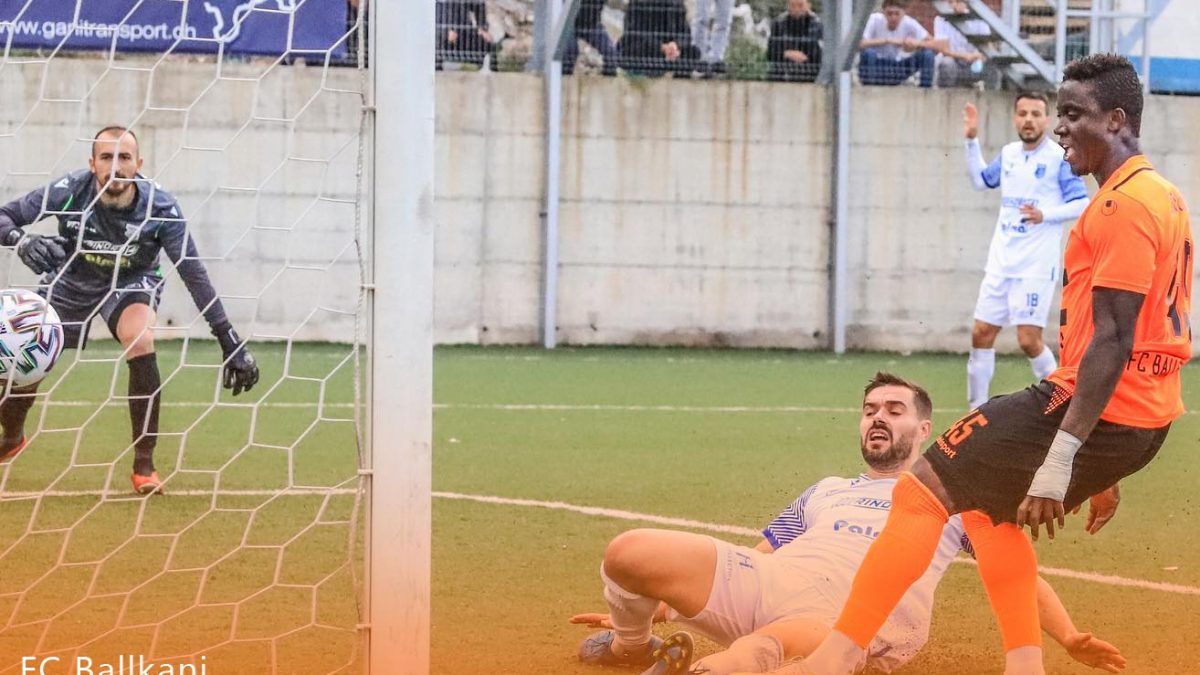 Balkan win the derby, Llapi and Ulpiana win as guests

6 November 2021 – Ballkan has returned in the first place in the rankings of the BKT Super League of Kosovo in football as it defeated Drita that stayed as a leader for a week. The team from Suhareka won at home with 2:0 within the 13th week. Both goals for the team led by Bekim Isufi were scored by Theophilius Solomon. He unblocked the numbers in the 54th minute whereas four minutes later, he scored the second goal which in the beginning it was irregular by the side referee as an offside. However, after the VAR review, the goal appeared to be correct. Thus, Ballkan now leads the ranking with 24 points whereas Drita is listed the second with 22 points.
Meanwhile, in the other two matches played today, visitors enjoyed their wins. Llap collected three new points in duel with Malisheva (1:0) thanks to Ardian Hoti’s own goal in the 84th minute.
Ulpiana achieved its third win in que by defeating Drenica in Skenderaj with 1:0 with Marcel Santos’s goal in the 85th minute.

Kosovo loses in the friendly match with Jordan