Home > National Team A > Dardans continue with exercise, Ujkani and Nuhiu optimistic for victory against Montenegro 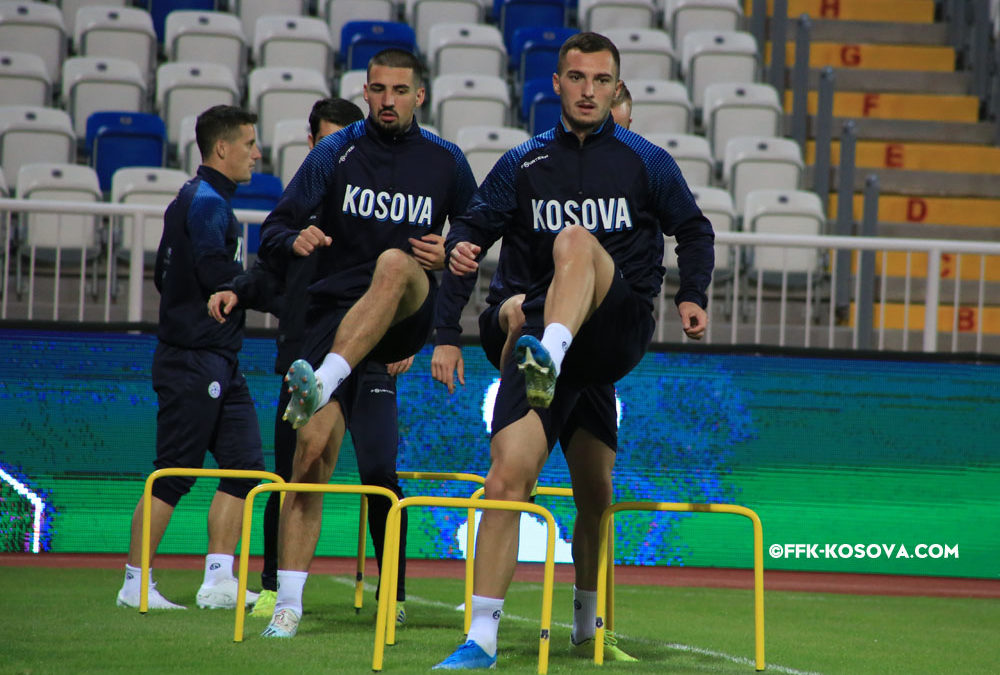 Dardans continue with exercise, Ujkani and Nuhiu optimistic for victory against Montenegro

8 October 2019 – The National Team of Kosovo held the second exercise within the preparations for the two matches of this month. In today’s exercise our head coach, Challandes had all the players except Vedat Muriqi who due to small health concerns stayed at hotel for rest, whereas Milot Rashica exercised separately from the rest of the team taking in consideration that he returned just few weeks ago from his recovery. The mood in the Dardans camp is good and all the attention is paid to the match against Montenegro to be played on 14th October although the friendly match against Gibraltar is expected with enthusiasm especially by the players who had less time to play so far. The today’s exercise was of full intensity where the players worked with enthusiasm in the Swiss coach schemes. In the today’s press conference were the goalkeeper Samir Ujkani and the striker Atdhe Nuhiui who assessed the match against Montenegro as a finale.

“I believe we are in good state. We are gathered and are preparing for the match against Montenegro which for us is like a finale. But first we have to play a friendly match against Gibraltar which is a good test for us before this great match. We are optimistic to continue with the proper pace. It is the time for the players who have not played so much yet, to show and prove their qualities as we have enough players in the team who wish to show that they are ready. For us every match is like a finale and we should not concentrate too much on the board. We must try and win and gain as much points as possible to the end”, Ujkani said.

Dardans will have their final exercise before the match against Gibraltar  that is played on Thursday at 1800hours at Fadil Vokrri Stadium. 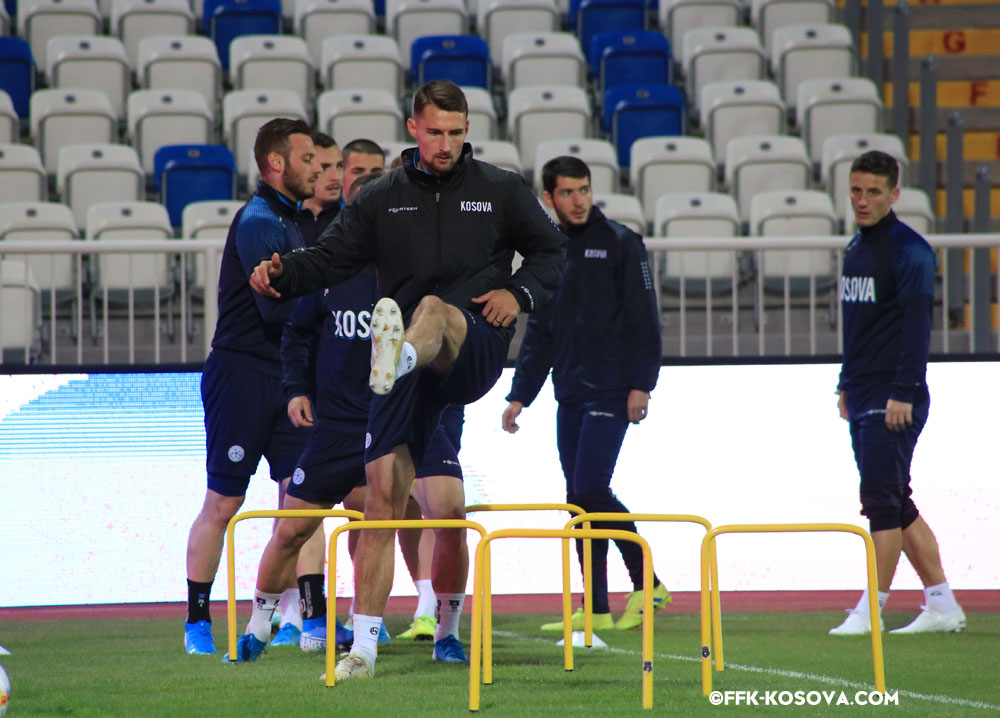 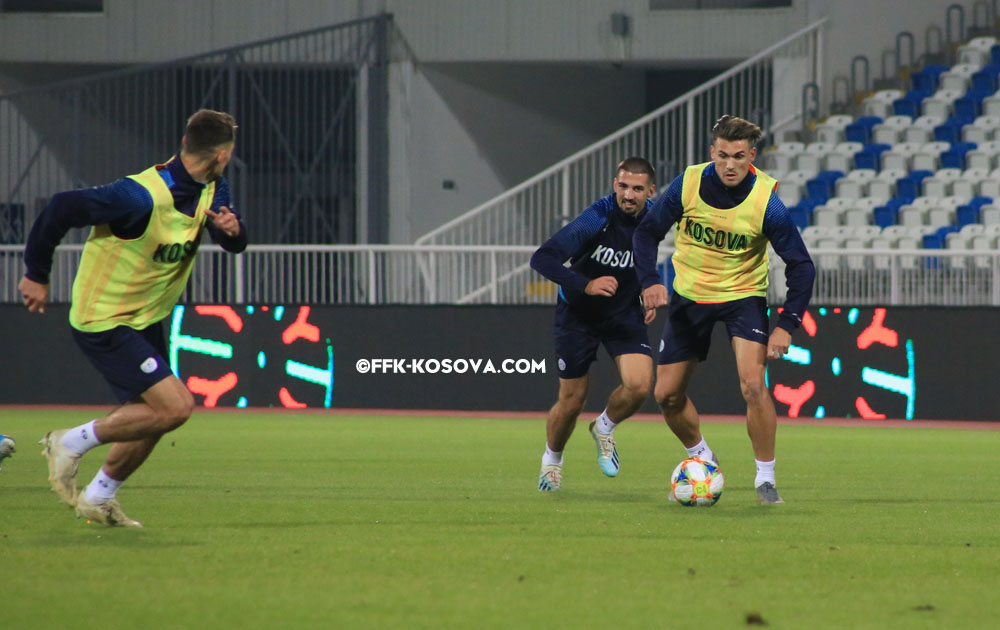 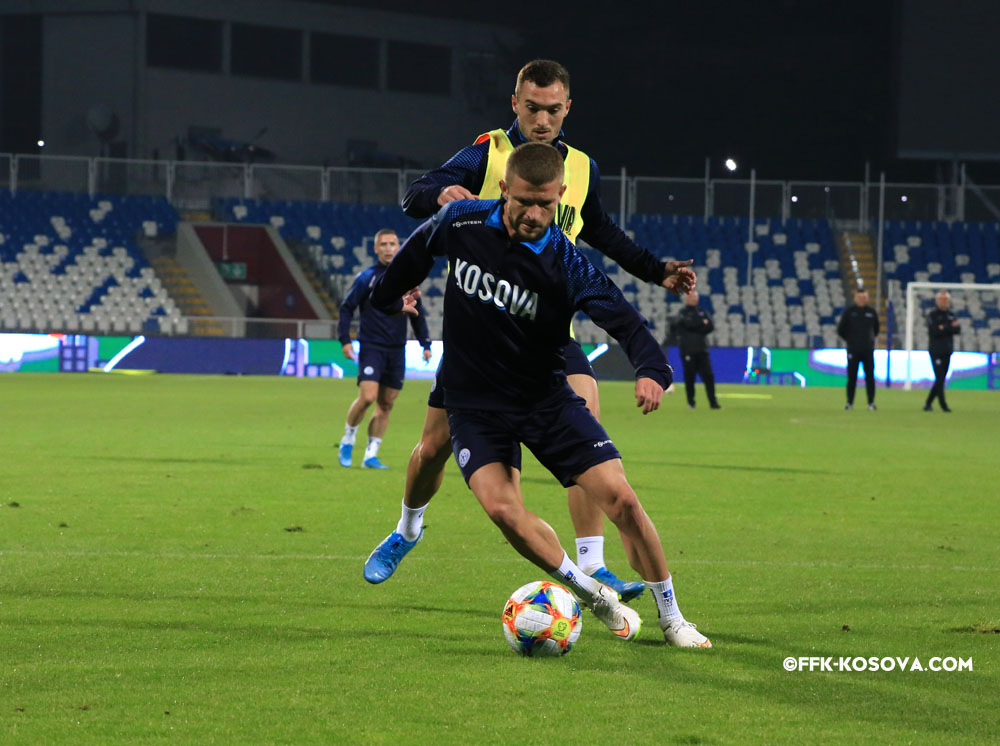 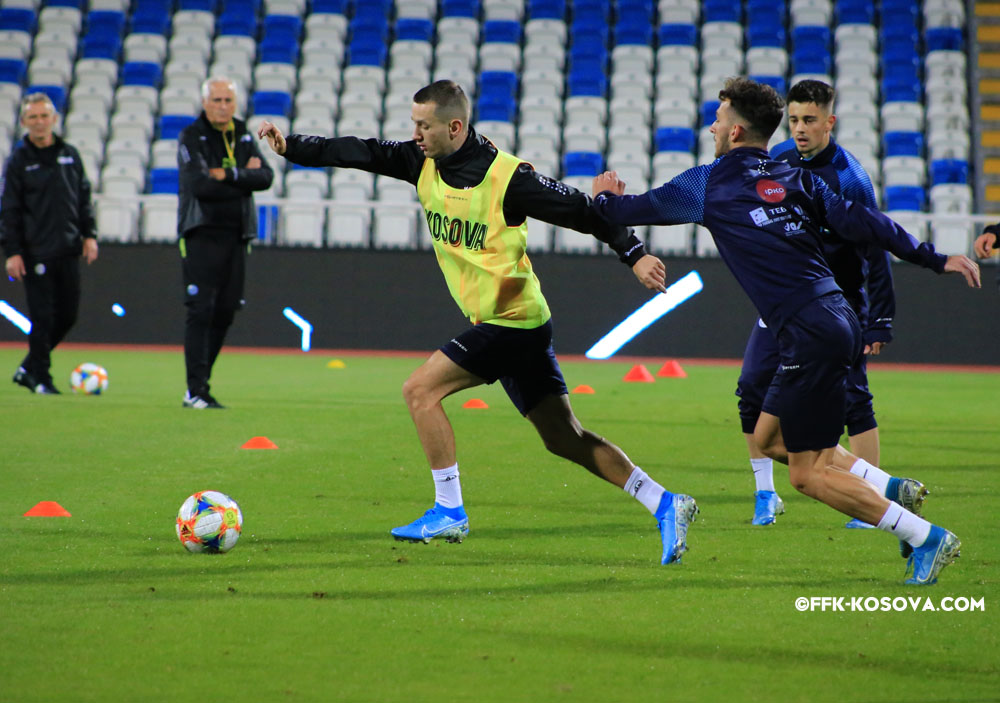 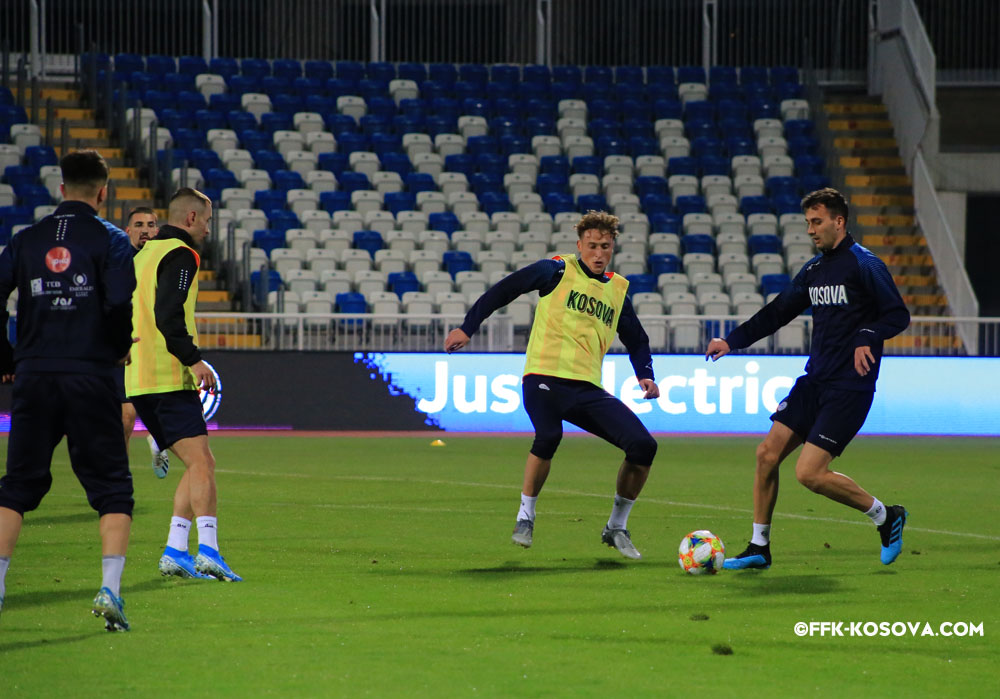 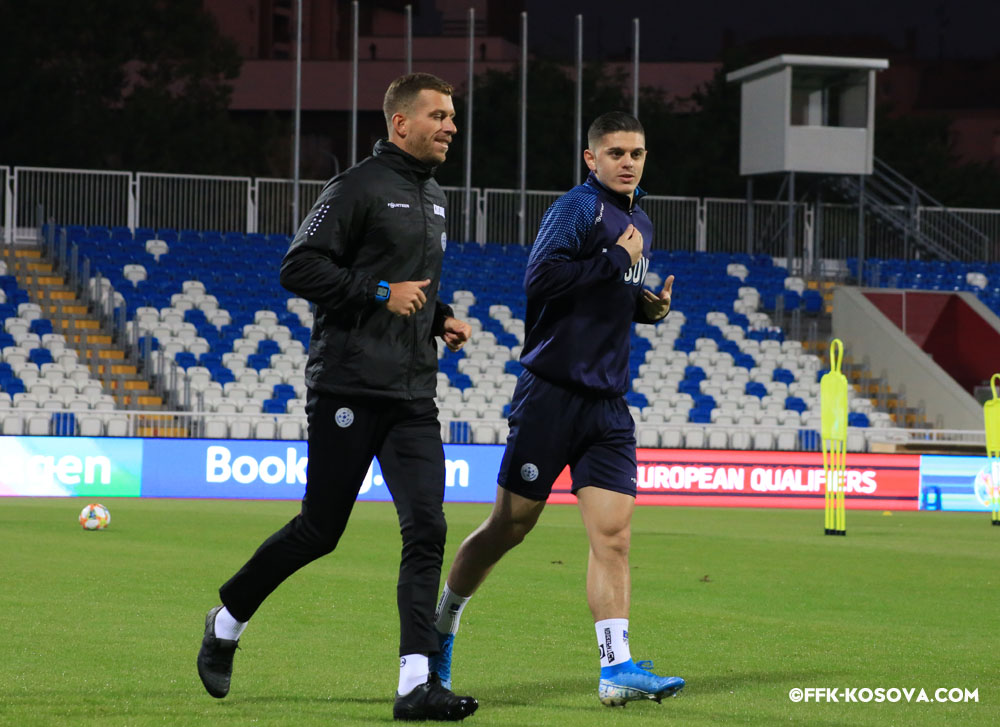 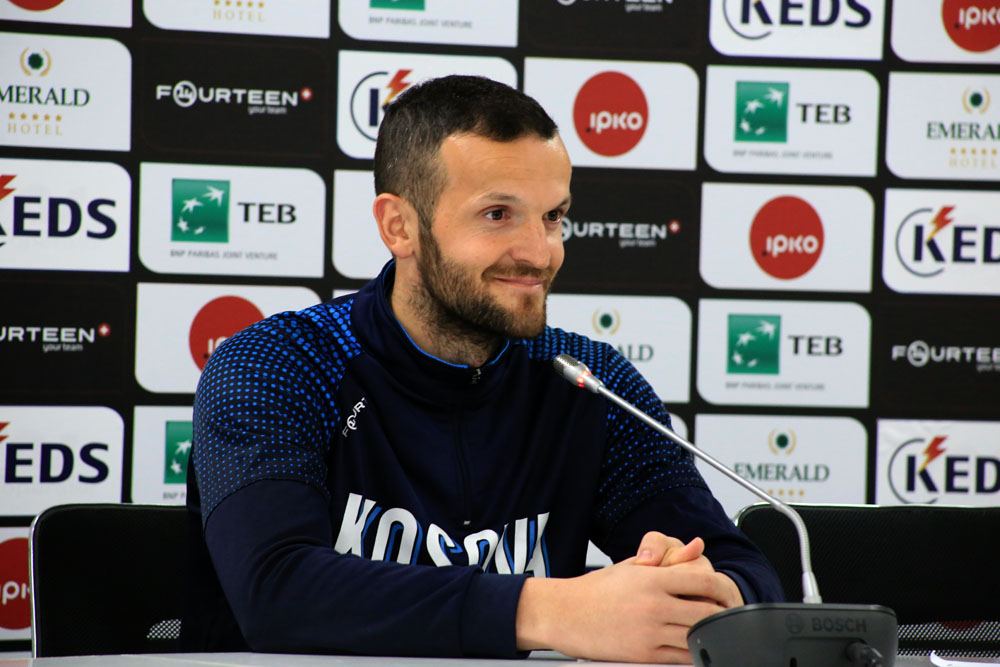 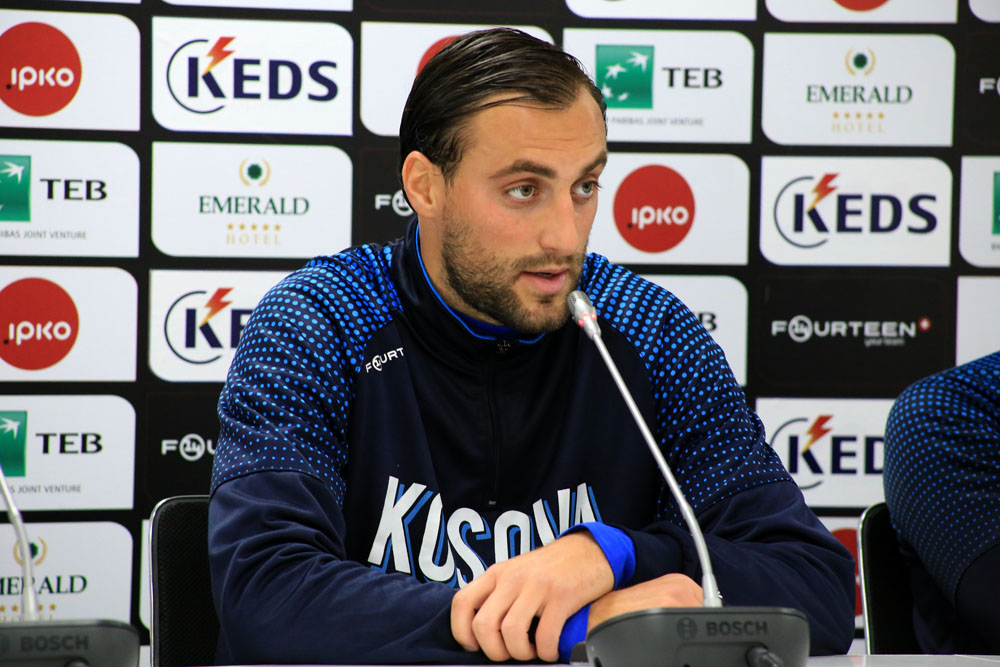 Prekazi and Kastrati optimistic for the match against Albania