Ballina > National Team A > Dardans exercise with dedication, Valon Berisha and Florent Hasani hope for a win against Montenegro 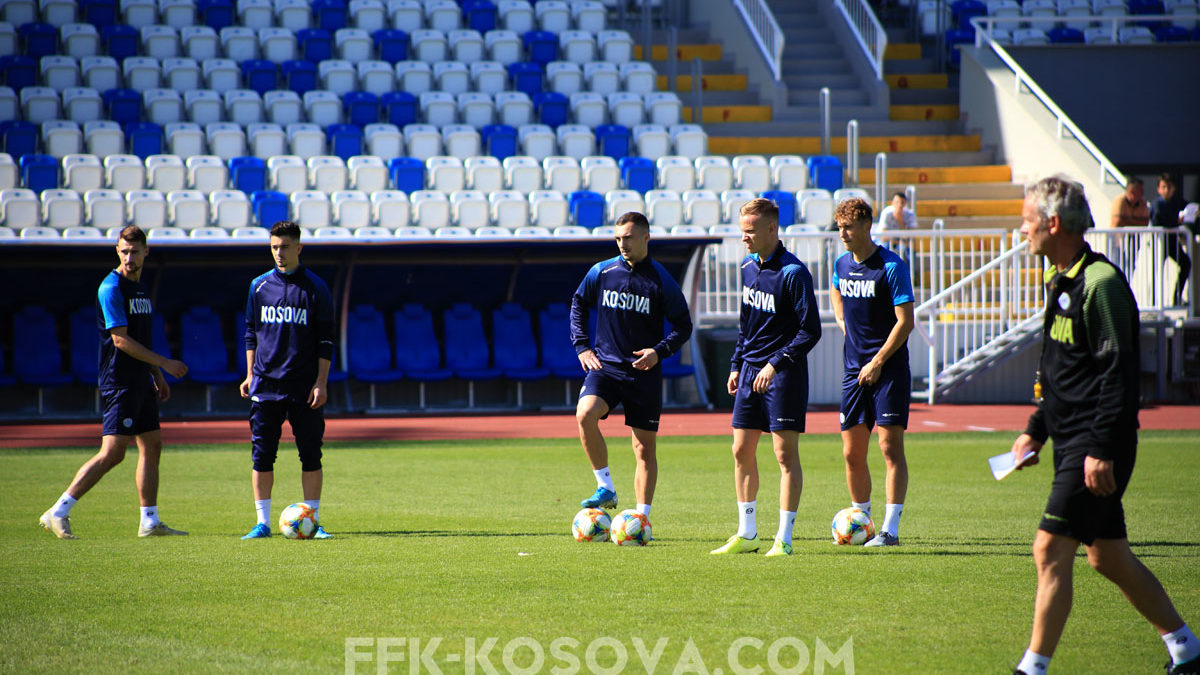 Dardans exercise with dedication, Valon Berisha and Florent Hasani hope for a win against Montenegro

12 October 2019 – The Kosovo’s National Team continued today afternoon preparations for the match against Montenegro. All the players were in service of the Head Coach, Bernard Challandes, While they were going to the pitch they were greeted and applauded by a group of kids who were there to see the Dardans’s exercise. Compared to the past days when the exercise were performed in the evening hours, today the Swiss coach preferred the afternoon hours to carry out the exercise on which the players, parallel to physical aspect and some game schemes, were focused in crossing from wings and exercised standard kicks. In a press conference, Valon Berisha and Florent Hasani expressed their optimism for the Monday’s match against Montenegro. “The match against Montenegrins is a very big test for us and it is going to be tough. Montenegro is a strong team. But we are at home, we have our supporters with us and must go for a win. We have to consider this match as a finale. Montenegrins have nothing to lose and come here to play a good game. However, I believe we will have more rooms than we had against Gibraltar”, Berisha said. On the other side, the only scorer in the friendly match against Gibraltar, Florent Hasani, expressed to be ready to give his contribution in the Monday’s match too. “I am ready to give my maximum to help the team. Montenegrins will come to cause us problems and have a positive result in order not to be the last in the group. But, we will be ready from the first minute to do our best to win the match”. 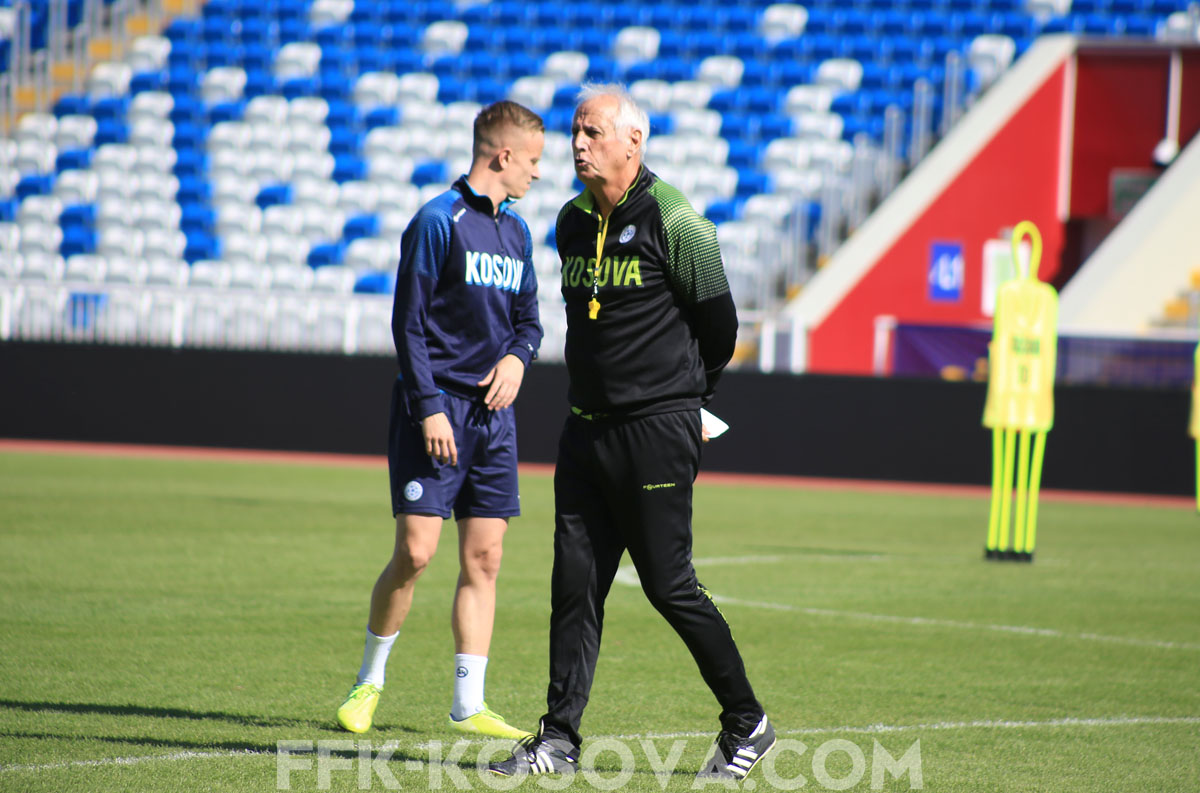 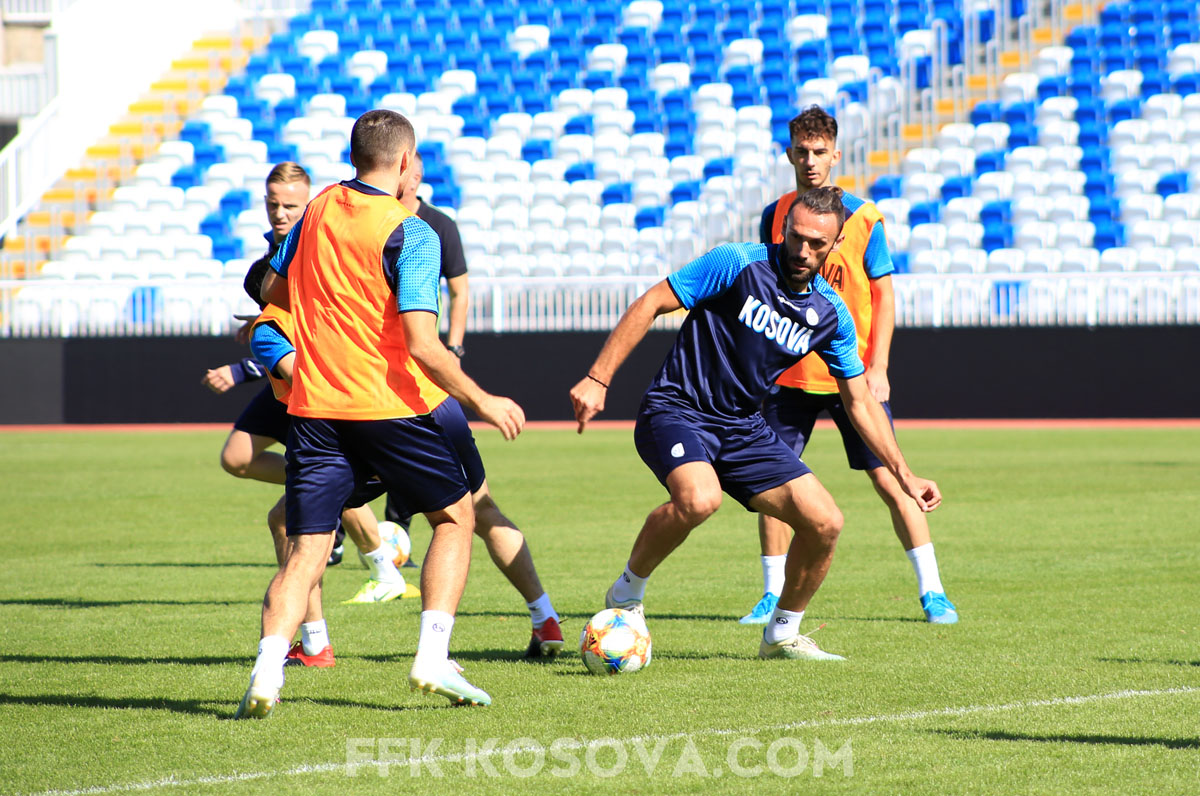 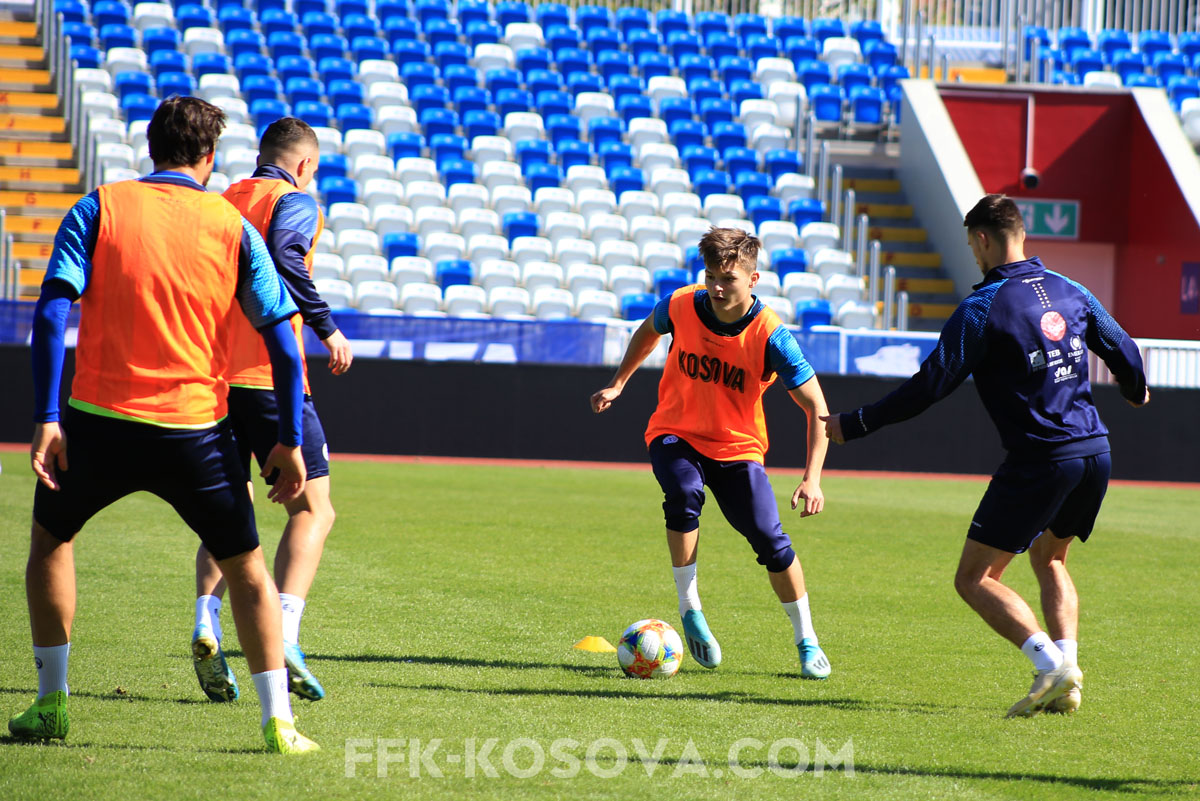 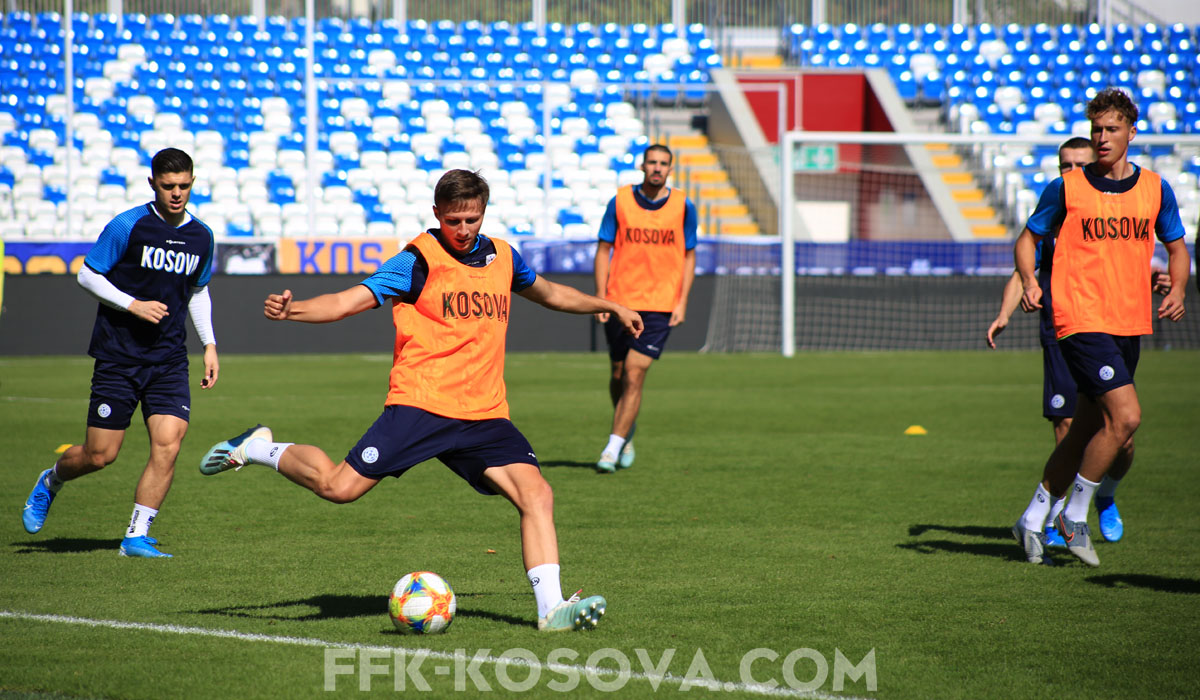 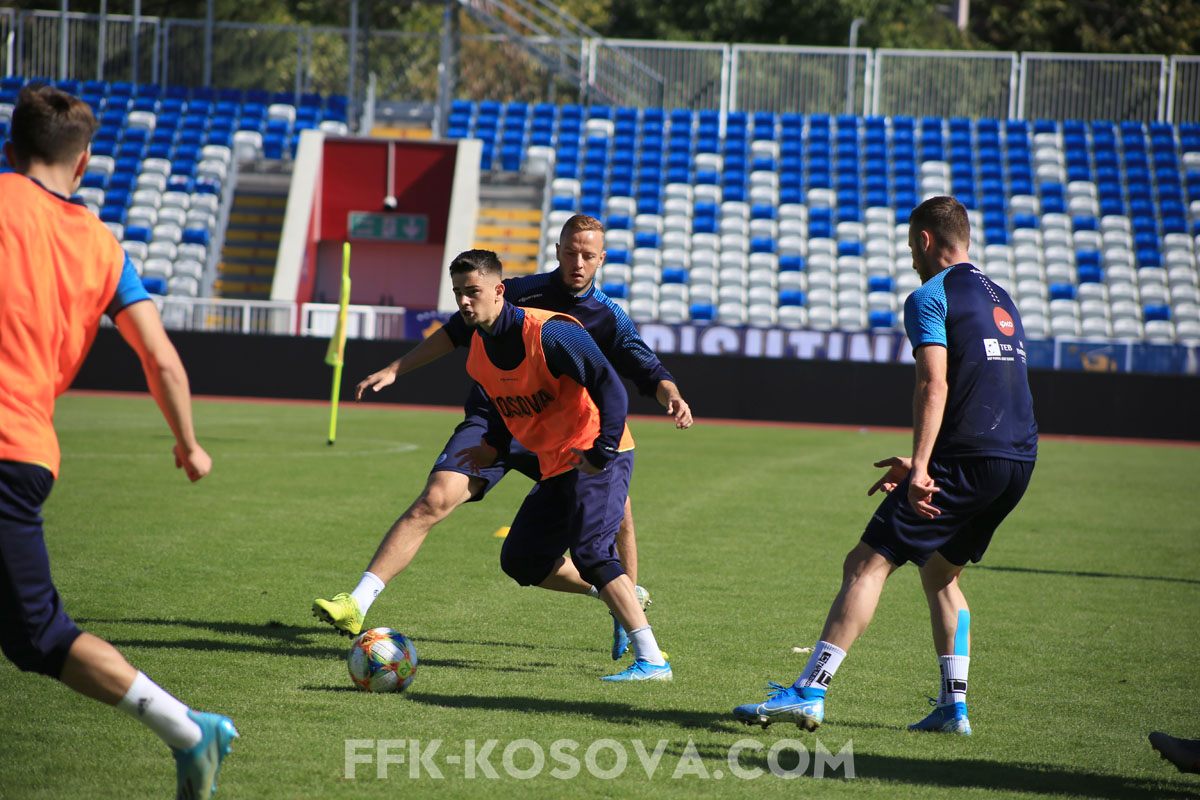 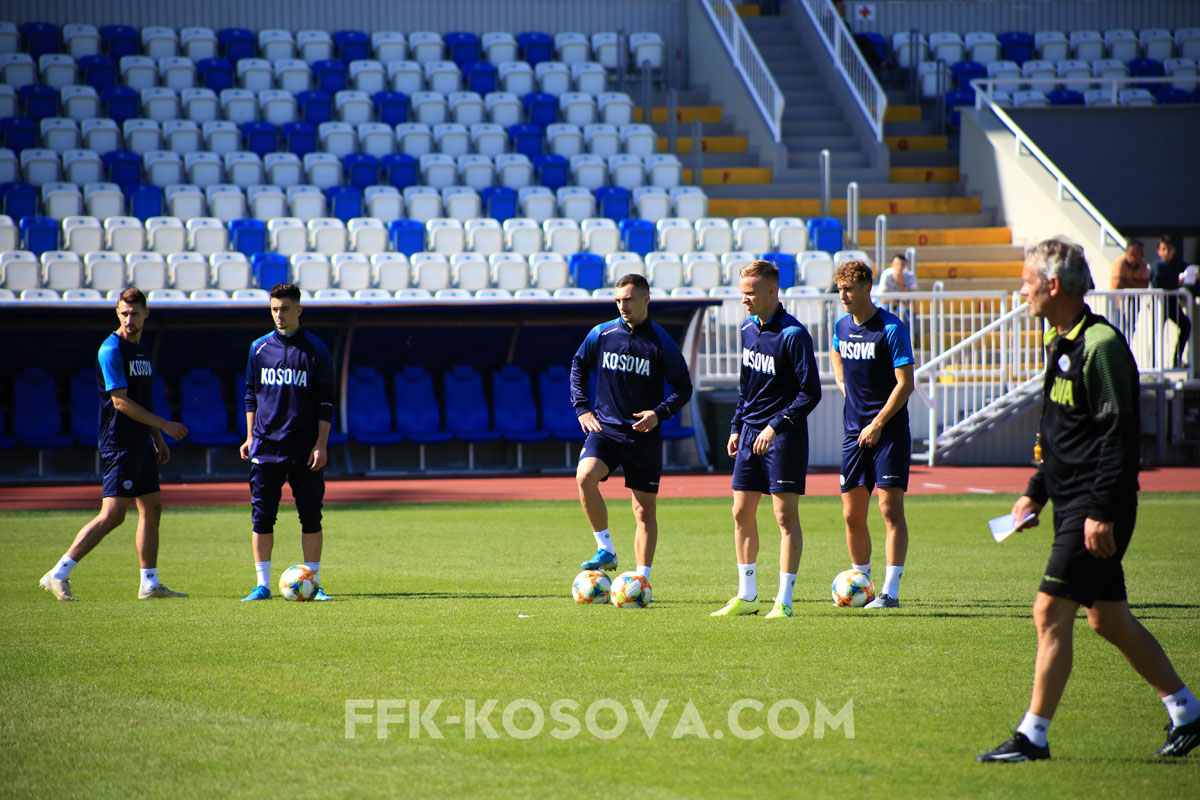 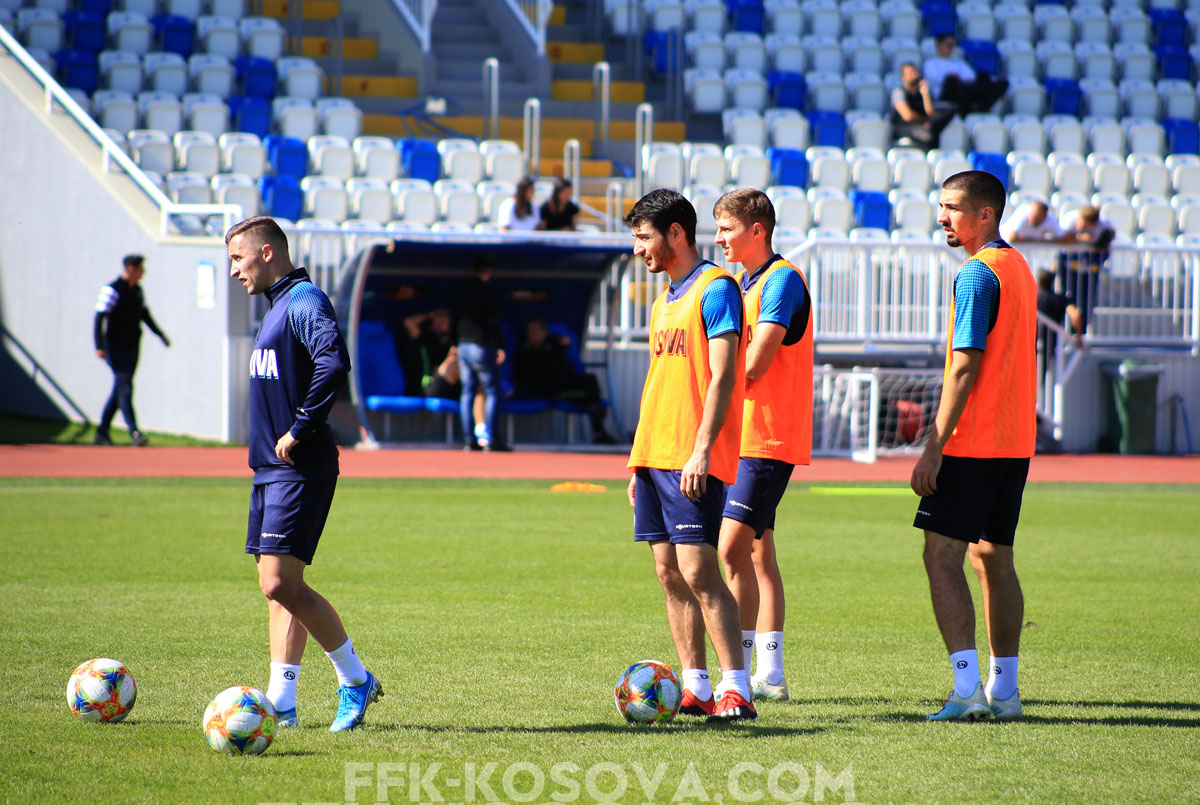 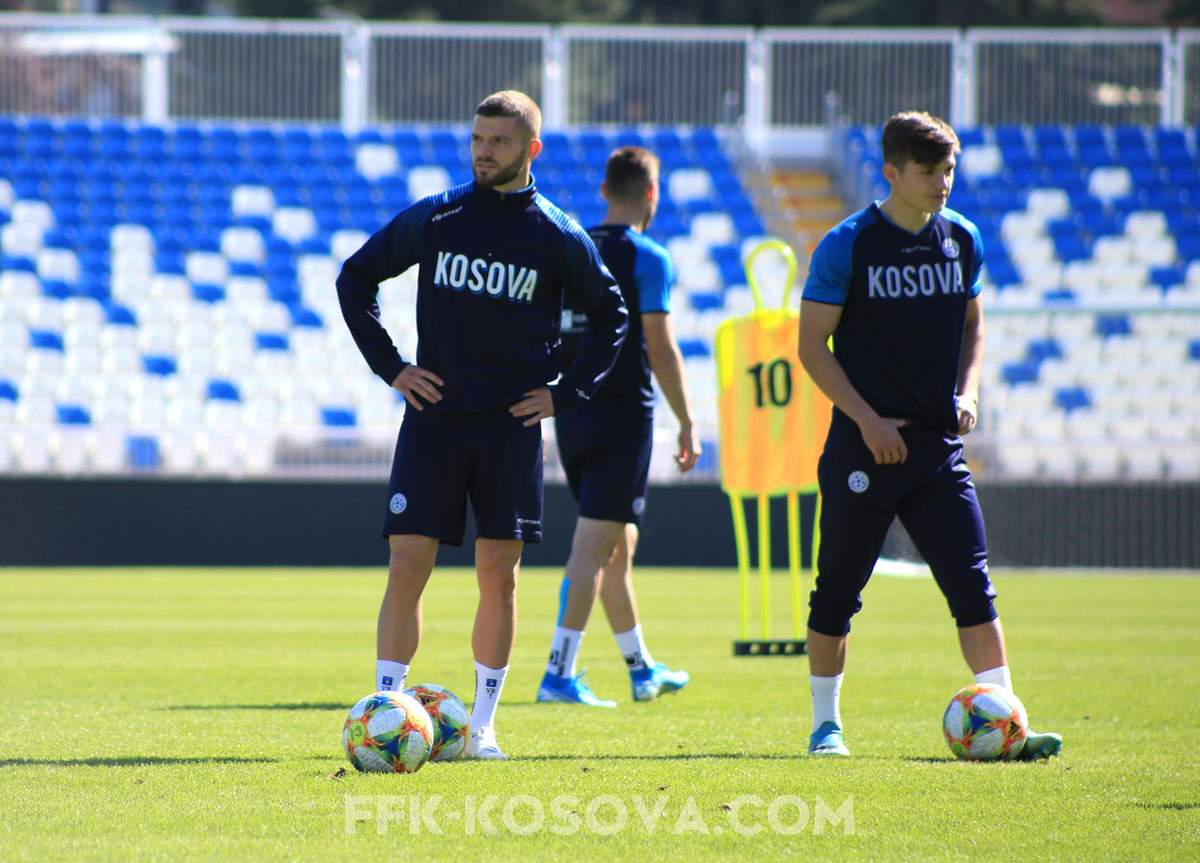 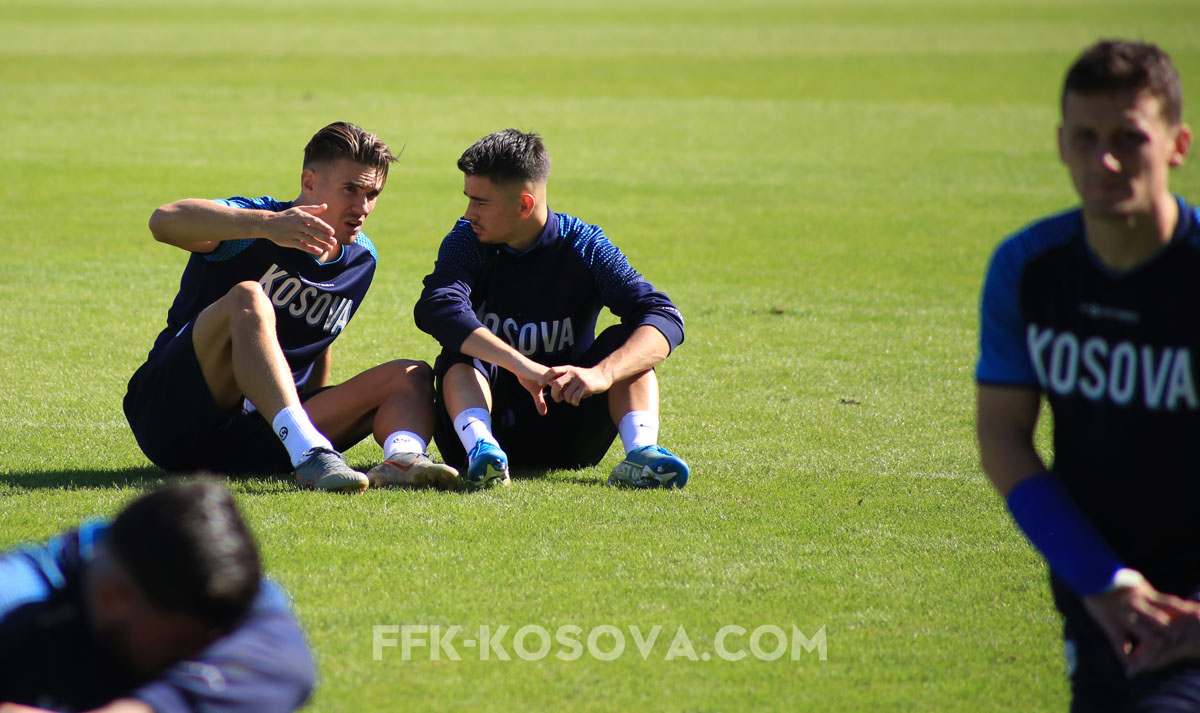 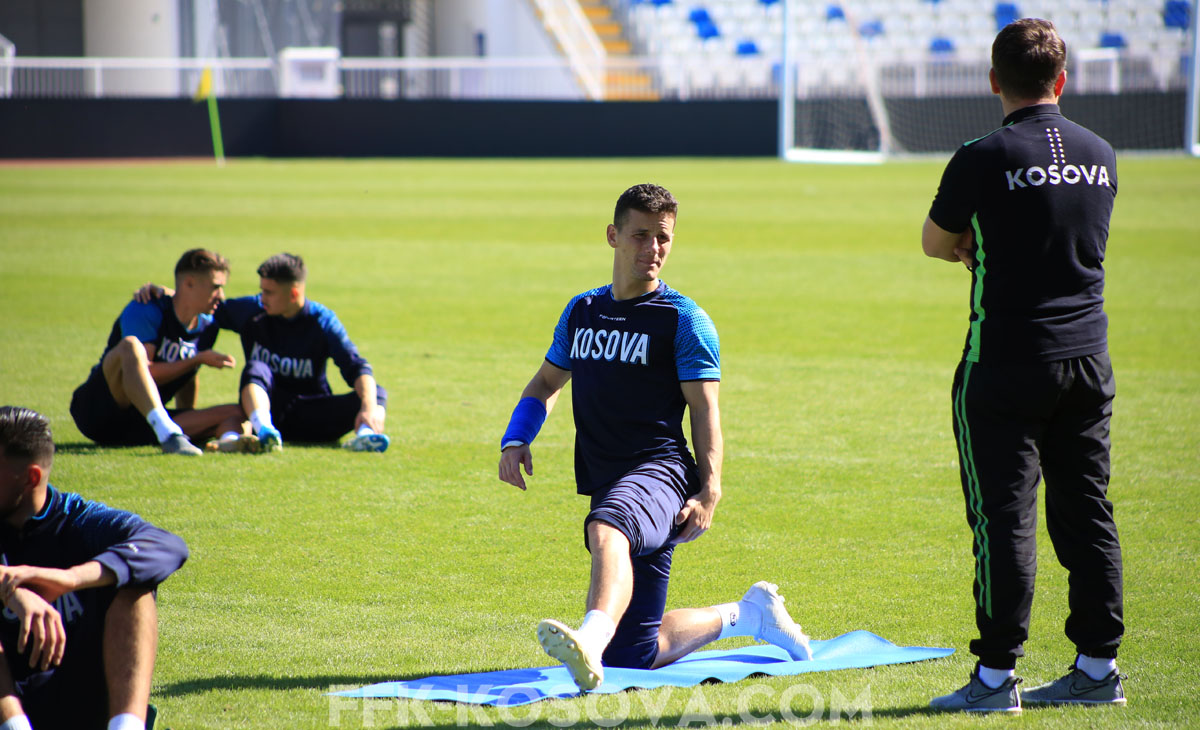 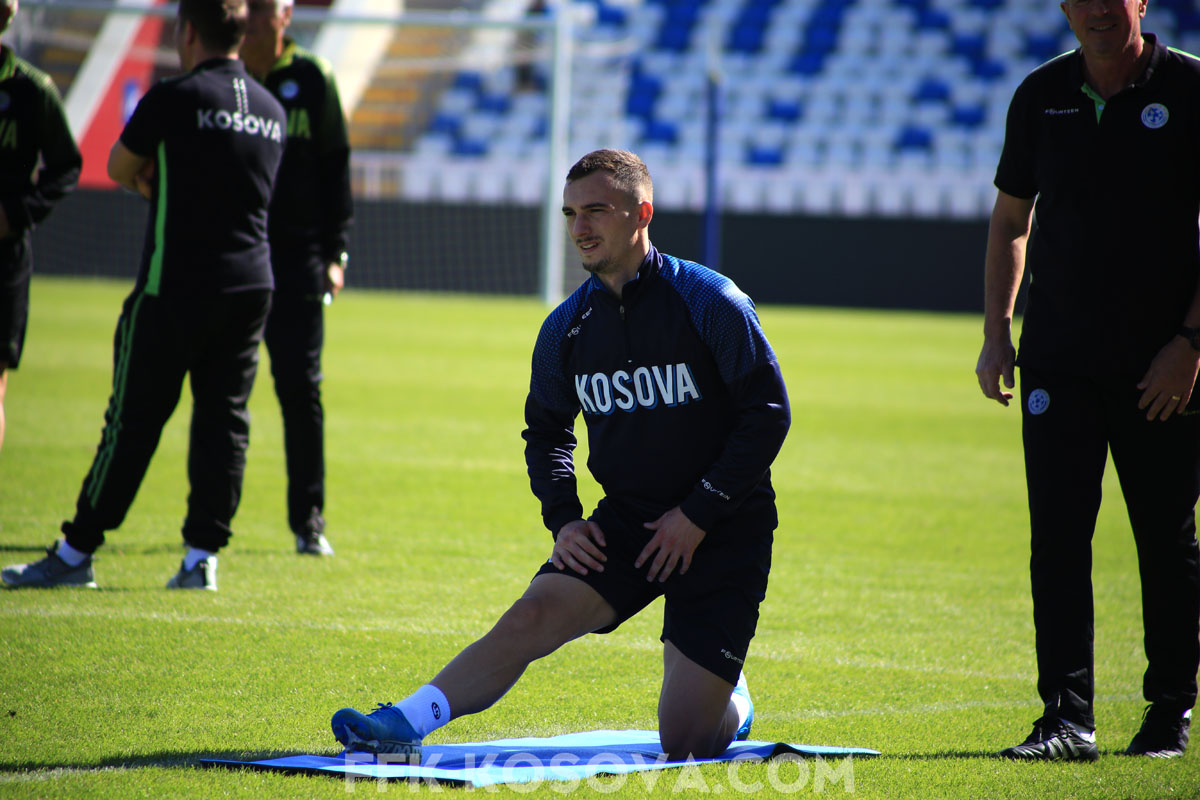 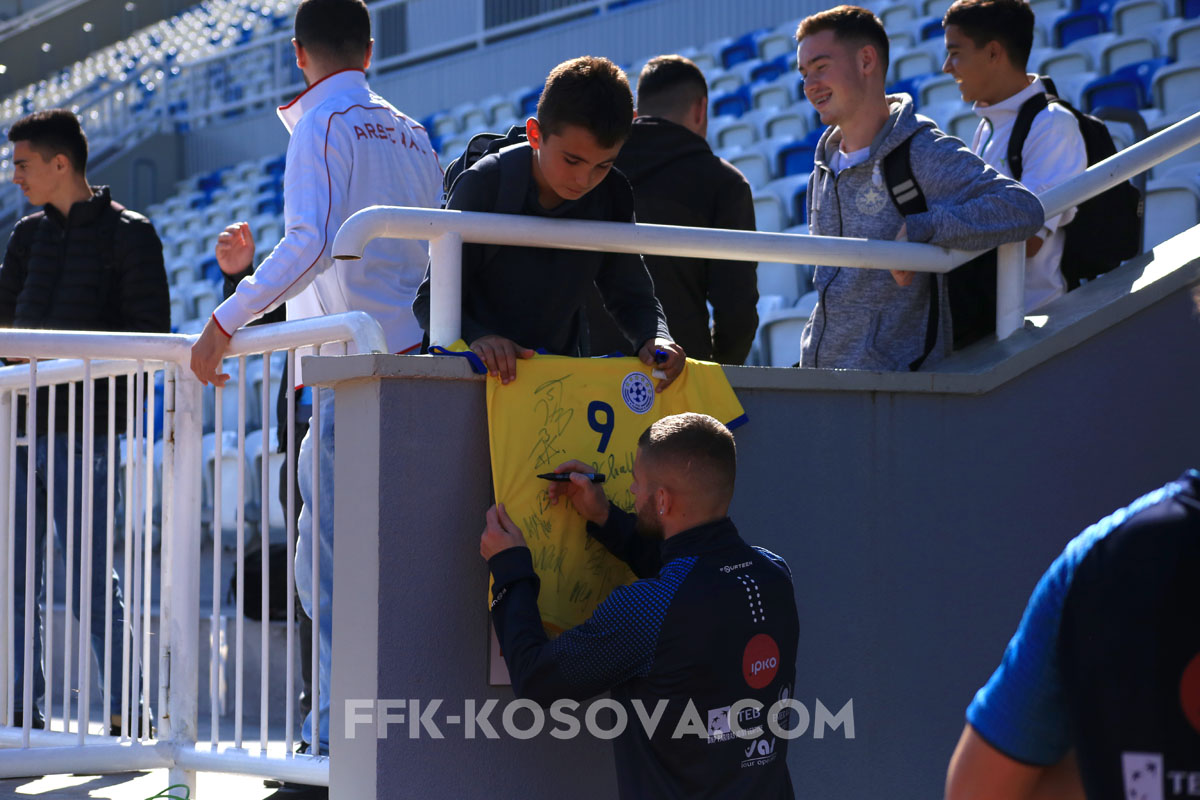 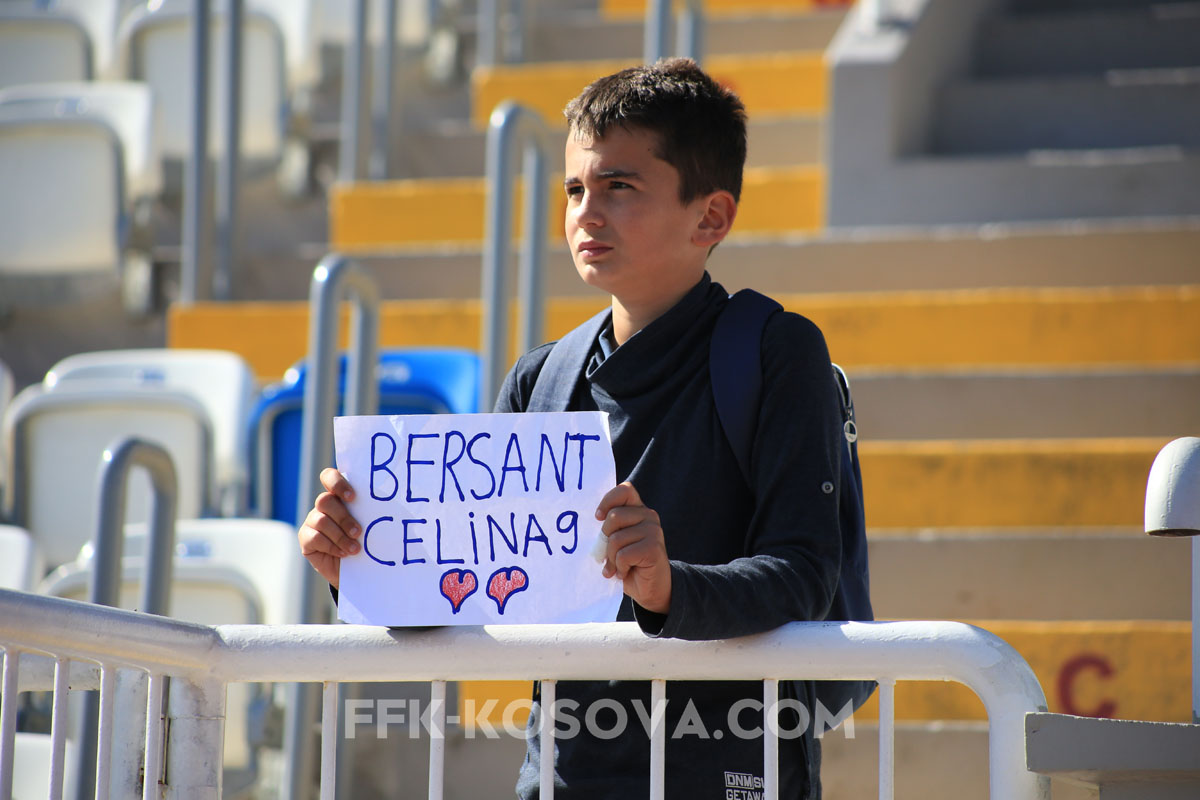 Kosovo U21, full intensity exercise for the match against Albania