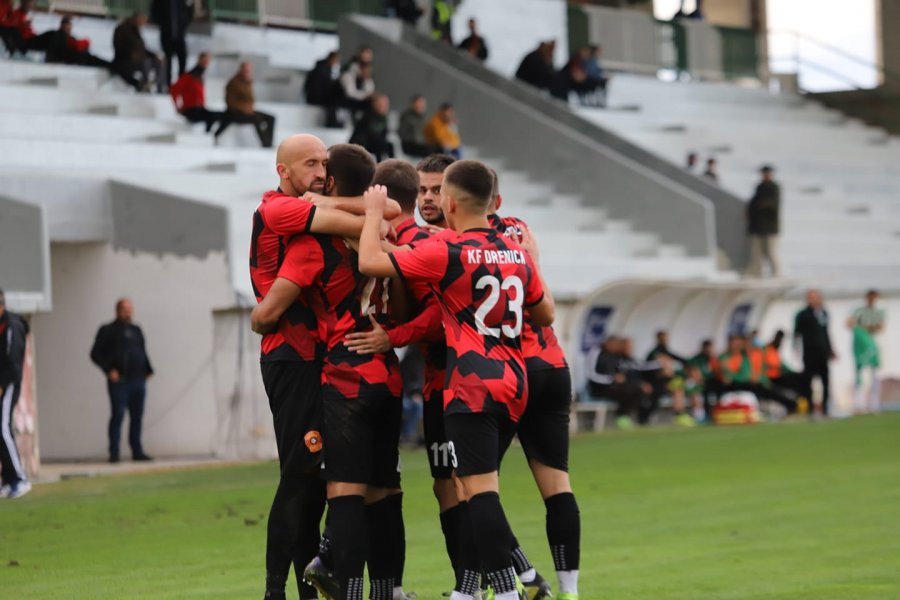 25 February 2021 – The last two matches of the 21st week in the Super League of Kosovo in football was played today. Drenica scored a very important win as guest in Drenas, defeating Feronikeli with 3: 1. This was the first win in the spring season for the red-and-blacks of Skenderaj, which raises them to the quota of 23 points. However, they remain the penultimate in the ranking. Goals for Drenica were scored by Kreshnik Uka (18 ‘, 79’) and Erlis Frashëri (45 ‘+ 2) while the only goal for Feronikeli was scored by Marko Simonovski (38’). Feronikeli played with one player less from the 45th minute after the exclusion of Besmir Bojku. In the other match, Arberia scored a trouble-free win in the duel with Besa in Brestovik with 3:0. Goals were scored by Marclei, Bahtiri and Kryeziu.

Ballkan remains the leader, Prishtina returns to the race for title