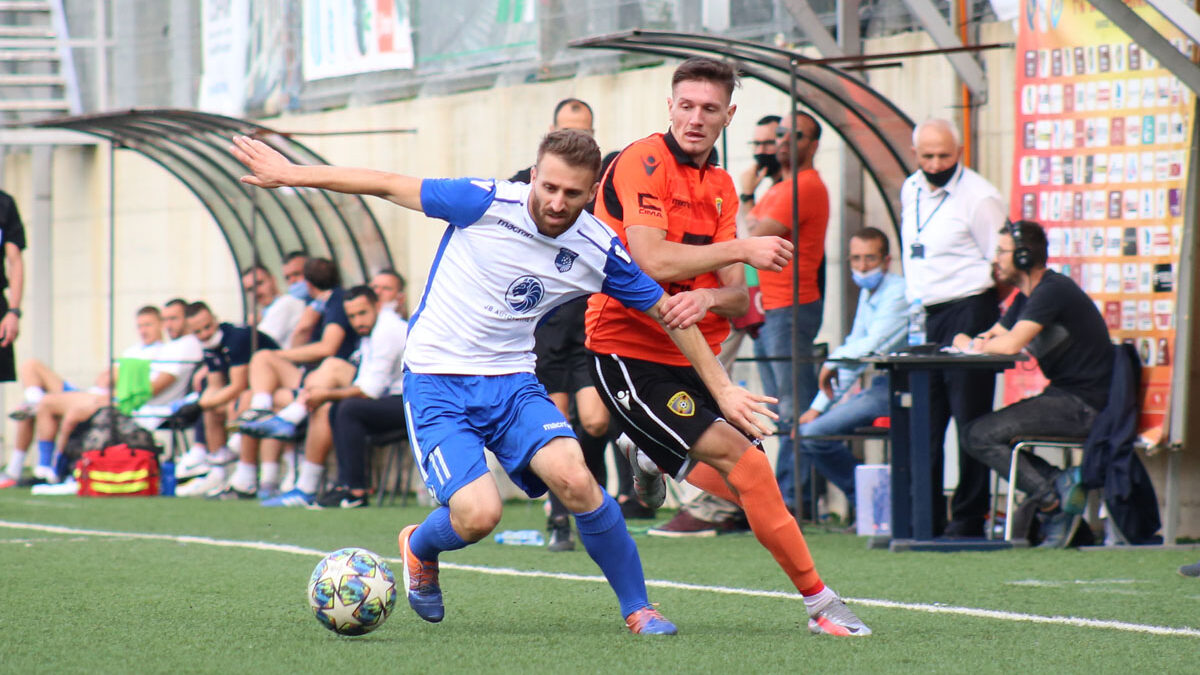 6 December 2020 – Today were played the last two matches of the 16th week in the Super League of Kosovo in football. The reigning champion team, Drita, scored a victory in the duel with the current leader, Ballkan, in the match played at the city stadium in Gjilan with 2: 1. With this win, Drita climbed to the first place, already leaving the team from Suhareka behind with one point. Both goals for Drita were scored by the tall striker, Kastriot Rexha in the first half in the 31st and 45th minutes, while the only goal for the Orange team was scored by the top scorer of this edition in the Super League, Mirlind Daku, in the 44th minute. In the next match that was played at the “Zahir Pajaziti” stadium, Llapi defeated Besa without any great difficulties, with 2: 0, with the goals of Valmir Veliu and Engjëll Hoti. Meanwhile, in the matches played on Friday and Saturday, Prishtina and Feronikeli played a draw, 0: 0, while Arberia defeated Drenica (1: 0) and Trepça’89 won convincingly against Gjilan (3: 0).