Ballina > News > Drita wins by overthrow, Llapi and Gjilan start with a draw 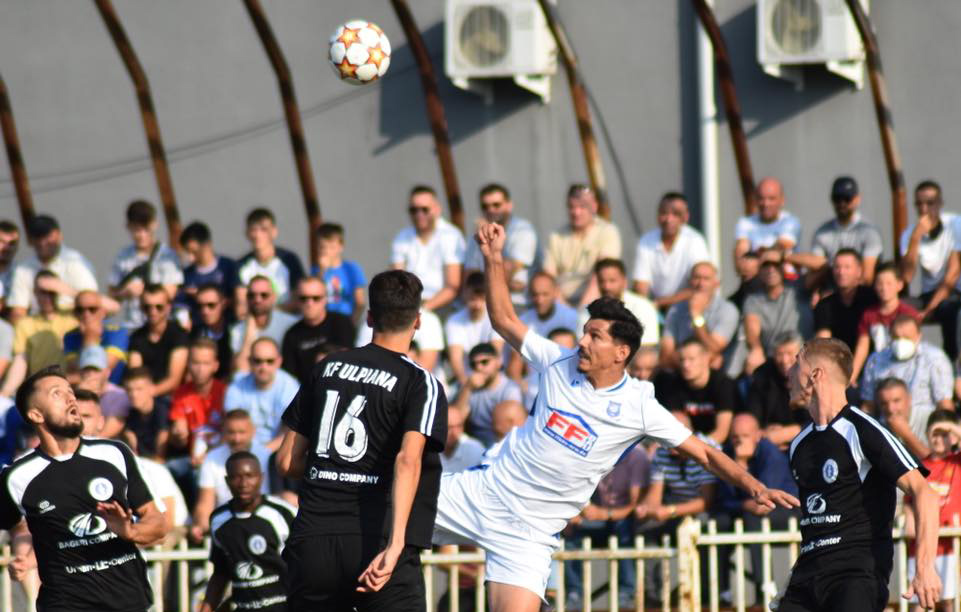 21 August 2021 – The new edition of the Super League competitions kicked off today. For the first time, this championship will be played with the VAR system, a project which FFK managed to implement in record time of six months. Another novelty in the Super League is the fact that participation in European competitions will be secured by the first three places as well as the winning team of the Kosovo Cup at the end of the edition. Surprises did not lack in the first week.

The runner-up team, Drita, managed to win by overthrow before its fans in the duel with Feronikeli with 2: 1. The team from Drenas took the lead first with the goal scored by Sokol Kiqina in the 42nd minute. However, Ardit Tahiri scored twice, in the 77th and 80th minutes to secure the victory for Drita.

The match in Skenderaj between Drenica and Gjilan ended in a draw and with the same numbers. Here, the hosts took the lead with the goal scored by Jose Denisson Silva in the 16th minute, while Gjilan secured a point thanks to Lushtaku’s own goal in the extra minutes.

The other two matches where Malisheva hosts Prishtina and Ballkan play as hosts to Dukagjini, will be played tomorrow.

The solemn academy marked the 30th anniversary of the FFK foundation