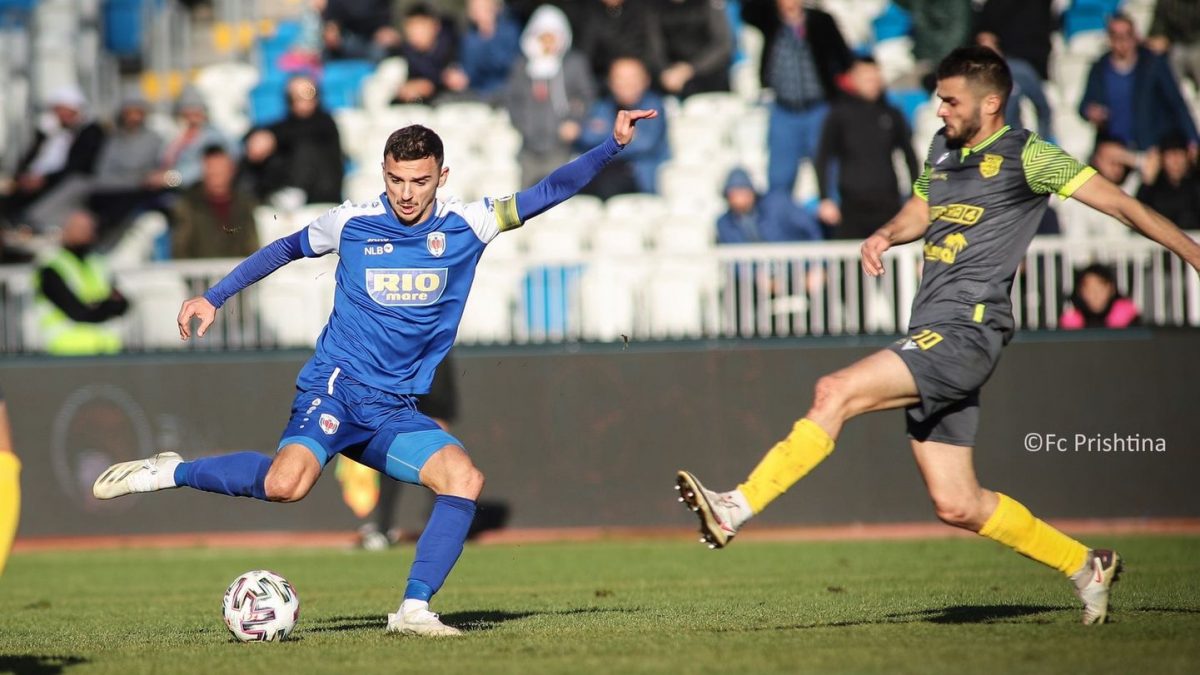 5 December 2021 – The matches of the 17th week in the BKT Kosovo Super League in football were played this weekend. The derby of the week between Prishtina and Drita, played on Sunday at Fadil Vokrri stadium, ended with the victory of the guest team, with 1: 0. The decisive factor was the goal scored by Marko Simonovski, with a header after Arbnor Muja’s cross in the 36th minute of the match. This win keeps Drita in step with the other two teams at the top of the rankings, Ballkan and Gjilan, which also achieved victories. Ballkan won as a guest in the duel with Drenica, maintaining the first place in the ranking, with 1: 0. The winning goal for the orange-and-blacks from Suhareka was scored by Bajram Jashanica in the 50th minute. Meanwhile, Gjilan scored a victory by reversing the score at home, defeating Malisheva with 3: 1. The guests took the lead with Hasan Hyseni’s goal scored in the 14th minute. However, Gjilan overturned the score with goals scored by Gerhard Progni (45 ‘), Keita Razak (73’) and Albert Dabiqaj (81 ‘). There were no winners in the other two matches of this week and no goals. Llapi failed to snatch more than one point in the duel with Dukagjini in Klina, while the last team in the ranking, Feronikeli collected one point in Lipjan in the match with the penultimate team, Ulpiana.