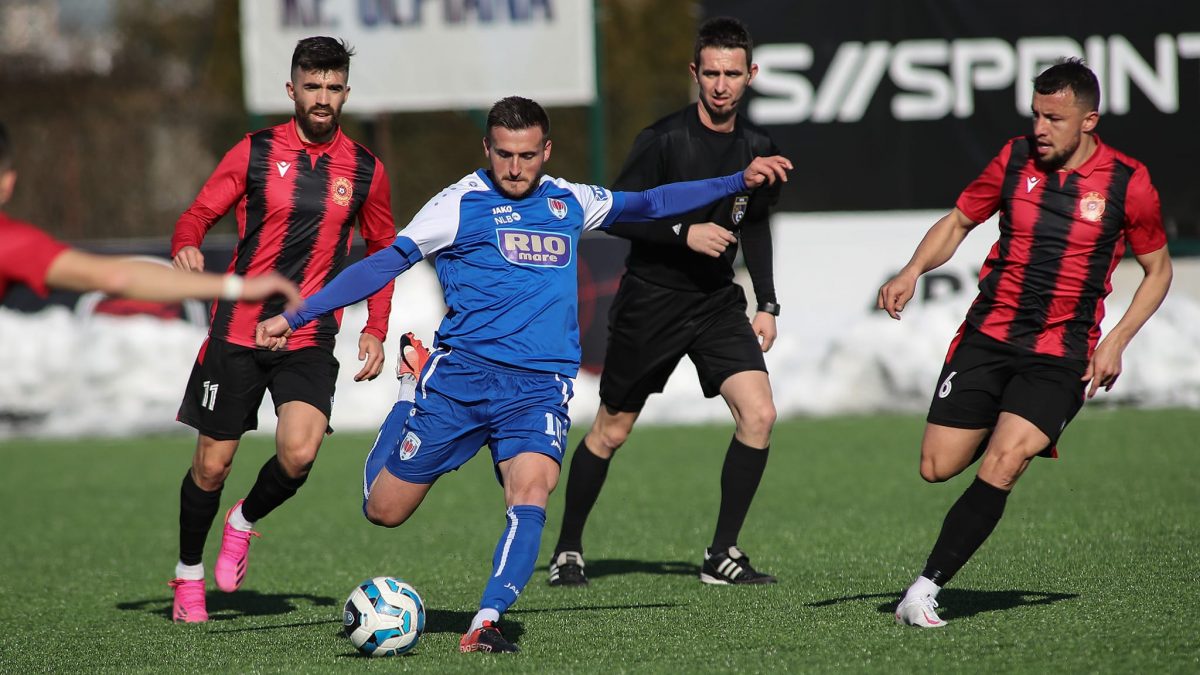 Favourites advance to the quarterfinals of the Kosovo Cup

6 February 2022 – With the matches of the 1/8 finals of the Kosovo Cup, the competitions in Kosovo football resumed this weekend after a winter break of about two months. Favourite teams, Gjilan, Drita, Ballkan and Prishtina went further, while Ulpiana, Ramiz Sadiku and Onix joined them in the quarterfinals.

Drita achieved a victory with a convincing result against the team of the First League, Fushë Kosova with 5: 0, in the match played at Ramiz Sadiku stadium in the capital. Ardian Cuculi opened the series of goals in the 27th minute from the penalty spot. The second goal was scored by the team from Gjilan, from the penalty spot, but this time the scorer was Arbnor Muja in the 42nd minute. Shortly before the break, Marko Simonovski increased the lead to 3: 0 while Almir Ajzeraj and Arbnor Muja scored one goal each in the second half, in the 62nd and 69th minutes for the final score 5: 0.

Ballkan achieved a much more difficult win in the duel with Malisheva in Suhareka, with 1: 0. The qualifying goal for the team led by Ilir Daja was scored by Albion Rrahmani in the 79th minute, a few minutes after joining the match.

Meanwhile, Prishtina went further only after the extra time, because the match against Drenica was closed 1:1 in regular time. Skenderaj’s red and blacks took the lead with the goal of Kreshnik Uka in the 61st minute, while the numbers for Prishtina were equalized by Besnik Krasniqi in the 4th minute of the extra minutes from penalty. In the extra times, the white and blues of the capital quickly found the goal, when Sadam Sulley scored only after two minutes, thus securing the ticket for the quarterfinals.

Gjilan reached the quarterfinals of this competition, defeating Dukagjini with 2: 1, in a very interesting duel. Goals for Gjilan were scored by Gerhard Progni in the 23rd minute and Elton Cale in the 90th minute, while the visitors scored the temporary equalizer through Arbër Prekazi’s own goal, in the 38th minute.

Ferizaj – Llapi, to be played on Monday at 1300hrs