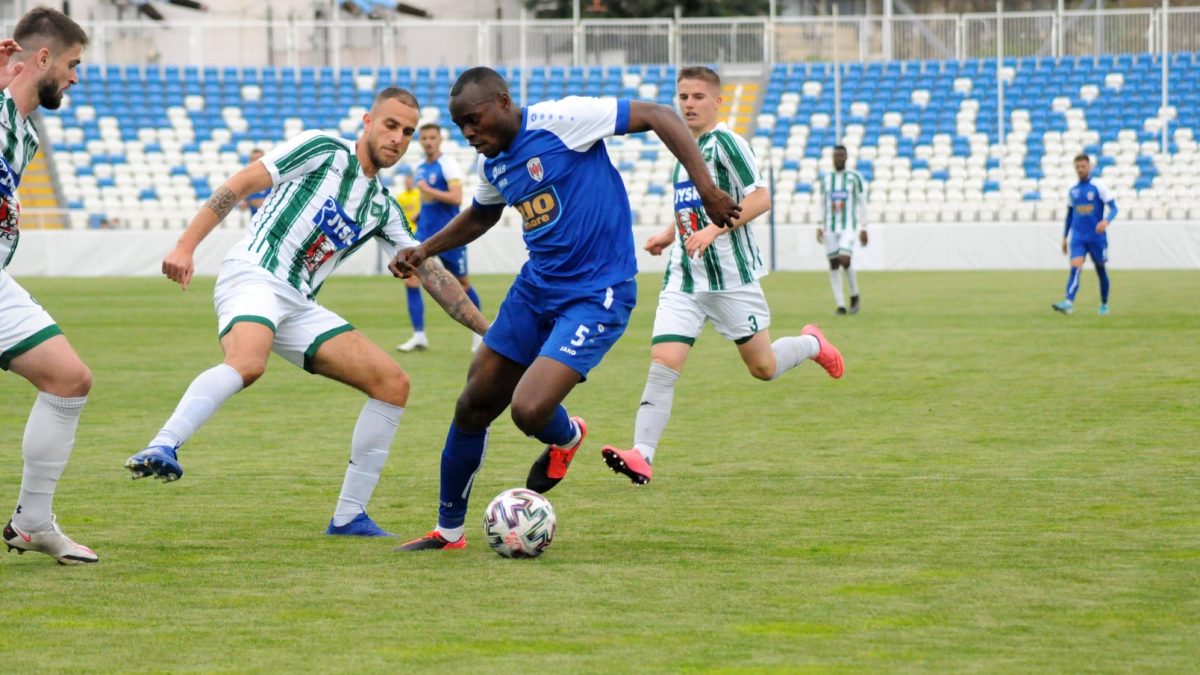 26 September 2021 – Matches of week 6 of BKT Super League of Kosovo in football were played today. The reigning champion, Prishtina, marked its second win this edition as guests, with a deep score of 4:0 in duel with Feronikeli. Goals for white-and-blues of the capital were scored by Endrit Krasniqi (8’), Leutrim Kryeziu (29’), Oto John (79’) and Bleart Tolaj (87’).

Meanwhile, Gjilan won the city derby against Drita with 2:0 thus rejoicing its second win this edition. This match was played on Sunday at Fadil Vokrri stadium in Prishtina but unfortunately, there were omissions in organizing this match which resulted the second half of the match was delayed for few minutes due to the conflict between the fans. Goals for Gjilan were scored by Gernard Progni (66’) and Shend Kelmendi (89’). It is worth mentioning that Drita played with one player less from the 72nd minute as Prince Balde was punished with a red card.

Malisheva managed to get one point on Sunday at home playing goalless with Ballkan.

Other three matches of this week were played without winners. Malisheva drew at home with Ballkan 0:0.

The match between Ulpiana and Dukagjini ended with the same result, whereas Drenica detached one point as guests against Llapi (1:1).