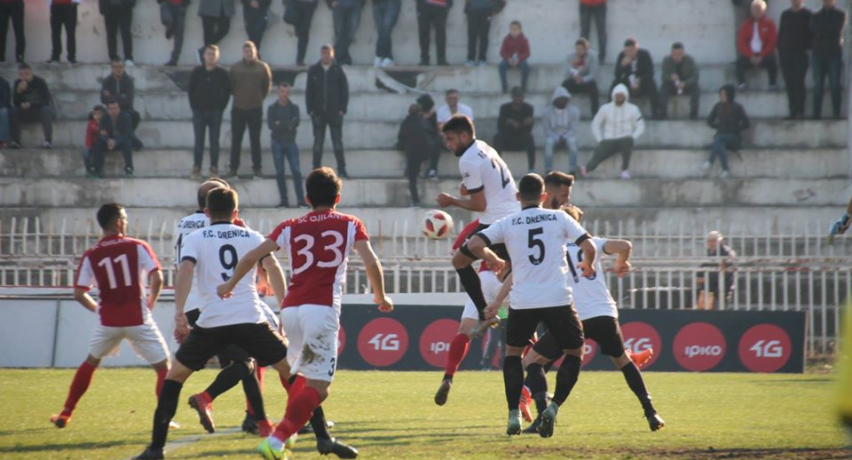 10 November 2019 – Two matches of Week 15 in IPKO Super League in football were played today. The two leading teams in the rankings, Gjilani and Ballkani did not manage to enjoy their victories this week. Gjilani drew before its supporters in duel with Drenica with 1:1. Gjilanis took the lead first in the 39th minute with Fiton Hajdari’s goal. Nevertheless, the Skenderaj’s red-and-blacks managed to equalize the score in the second half with the goal scored by Harmon in the 71st minute. Meanwhile, Ballkan halted at “Riza Lushta” stadium in Mitrovica closing this match with Trepça’89 goalless (0:0). The best chance in this match had Jetmir Topalli of the guests who appeared alone before the goalkeeper but failed to score.

Challandes: We must play against the Czech Republic without the pressure of victory