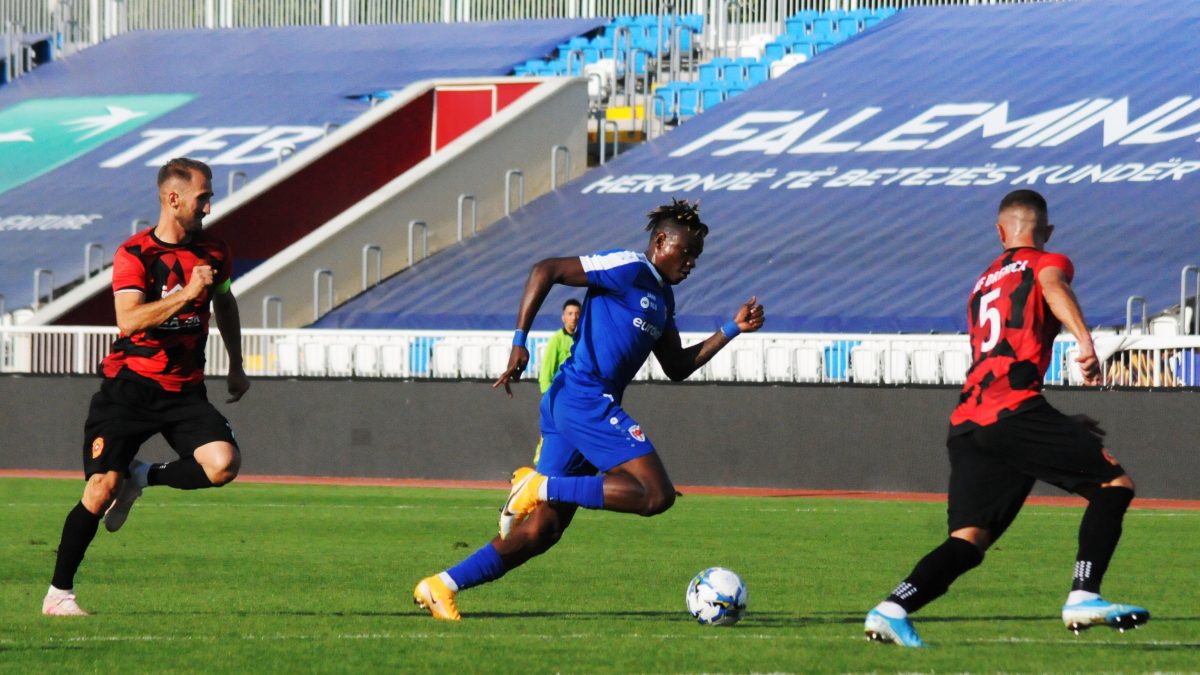 20 September 2020 – The new edition of the Kosovo Super League in football started this weekend. This championship started without the presence of fans and under strict measures in the fight against the Covid-19 pandemic. In four matches played, 14 goals were scored, while the match between Drita and Llapi was postponed due to the participation of the club from Gjilan in the Europa League. The championship started with the surprising win of the debut team in the elite, Arbëria, as guests against Trepça ’89 with 2: 0. The goals were scored by Kreshnik Bahtiri (17 ‘) and Agon Llugiqi (76’). Ballkan also scored a victory as a guest in the duel with the team that returned to the elite, Besa, with a convincing result 4: 1. “Hat-trick” in this match was scored by Mirlind Daku (51 ‘, 53’, 68 ‘), while Ermal Krasniqi (20’) also contributed with a goal.

Meanwhile, the goal of honor for Pejans was scored by Gentrit Salihu (89 ‘). The win with the most convincing score was achieved by Feronikeli that defeated Gjilan in the “Rexhep Rexhepi” stadium with 4: 0. In this match too, a “hat-trick” was scored by Bedri Greca in the 14th, 42nd and 54th minutes, while the Brazilian Marcelei Cesar Santos (90 ‘) was also recorded in the goal register. Prishtina also had a good start defeating Drenica at the “Fadil Vokrri” stadium with 3: 0, with the goals scored by Leotrim Bekteshi (31 ‘), Endrit Krasniqi (46’) and Oto John (74 ‘). The matches of the second week take place on Tuesday and Wednesday next week.

Ballkan wins for the second time, Drenica and Gjilan enjoy their first wins