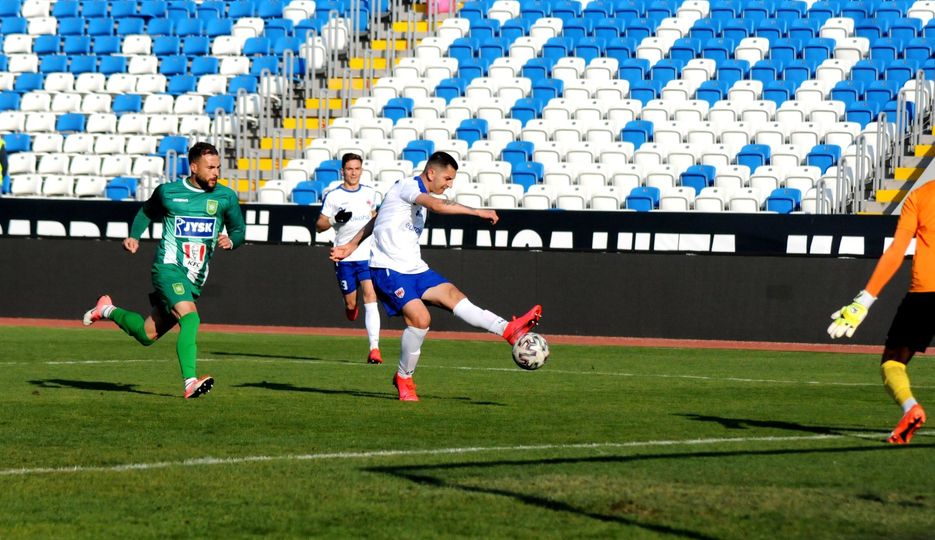 High efficiency in the 13th week, Ballkan continues to lead

22 November 2020 – After a 10-day break due to the matches of the National Team in the Nations League, this weekend the competition in the Super League is back with the matches of the 13th week. The leading team, Ballkan, scored a victory at home in a duel with Llapi with 4: 2, strengthening the first position with 29 points. Nazmi Gripshi (14′, 39′) scored two goals for Ballkan, while Ermal Krasniqi (24 ‘) and Mirlind Daku (45′) contributed with one goal each. Meanwhile, the goals for Llapjans were scored by Elvis Prençi (51′) and Ahmed Januzi (80′). With the same score, Prishtina was happy with the win in the duel with Trepça’89 with the goals scored by Sabien Lilaj (12’-penalty), Leutrim Kryeziu (27 ‘), Besnik Krasniqi (63’) and Gauthier Mankenda (66 ‘), while Bismark Charles Sie (45 ‘) and Arbnor Muja (72’) scored for Mitrovica. Victory with a convincing score but as guests was achieved by Drita that defeated Besa (4:1), while Gjilan hardly defeated Drenica at home (1:0), while Feronikeli collected three important points in the duel with Arbëria (1:0).