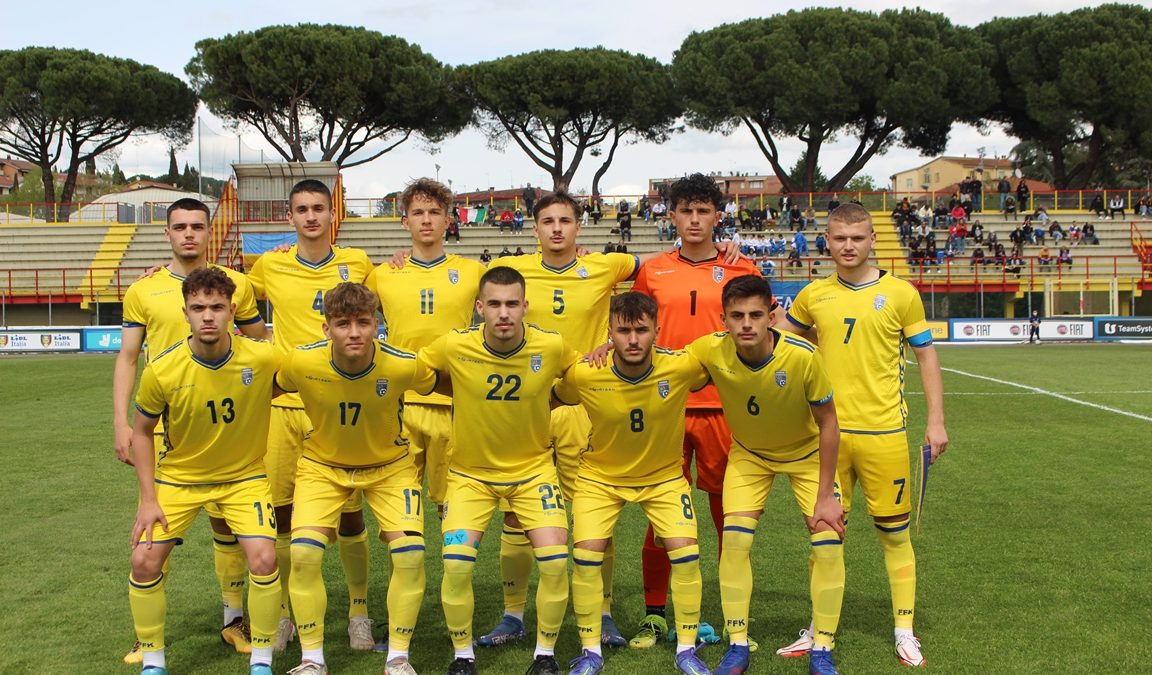 ffk 1 min read
23 April 2022 – The Kosova’s U17 National Team lost hopes for qualification in this year’s European Championship, after suffering a loss in the second match of the Elite Qualifying Round that is taking place in Italy. After the loss to Ukraine, the Dardanians U17 were defeated by the host team, Italy, with 1:0.
The first half was quite good with strong duels but there were no goals. Our players started the second half better and created several chances but without finding the goal. The Italians also had an attacking game, even in the 53rd minute, if it were not for Gjokaj’s bravura save, Serra of Italy would have scored. In the 73rd minute Arjol Bllaca lightly touched Malspina in the area in the ball duel, while the referee Rob Hennessy pointed to the white spot. Alessandro Bolzano was accurate from penalty, securing the Italy’s win to 1: 0. “I congratulate the boys for the commitment and character they showed in this match, in which we had more of the game. It was a strong match, where the players performed their duties well and we were close to a draw, not to say we could have won. “They penalized us with a penalty, which without wanting to interfere in the delivering the justice, was very suspicious for me”, said Arsim Abazi, the Kosovo U17 Head Coach.
The next and last match of the U17 National Team will be played 26 April against Poland. 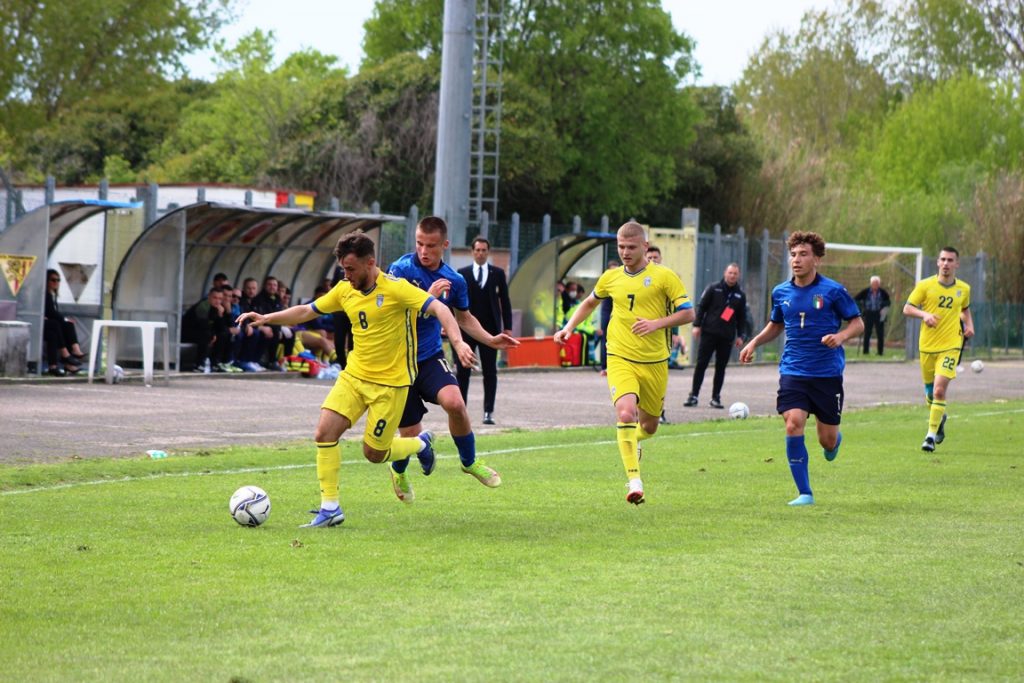 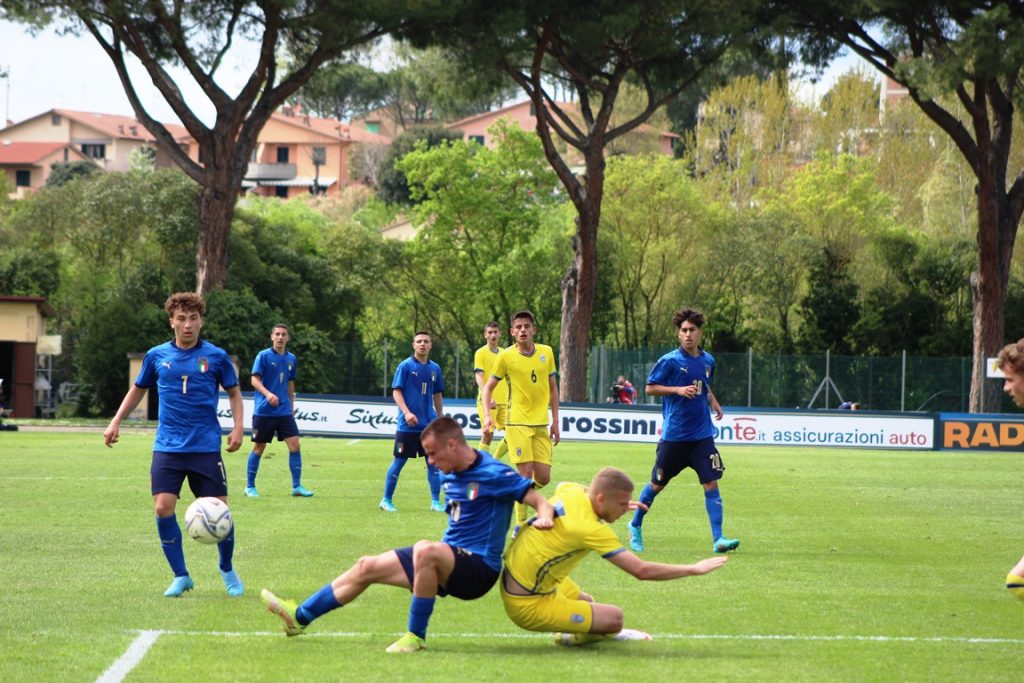 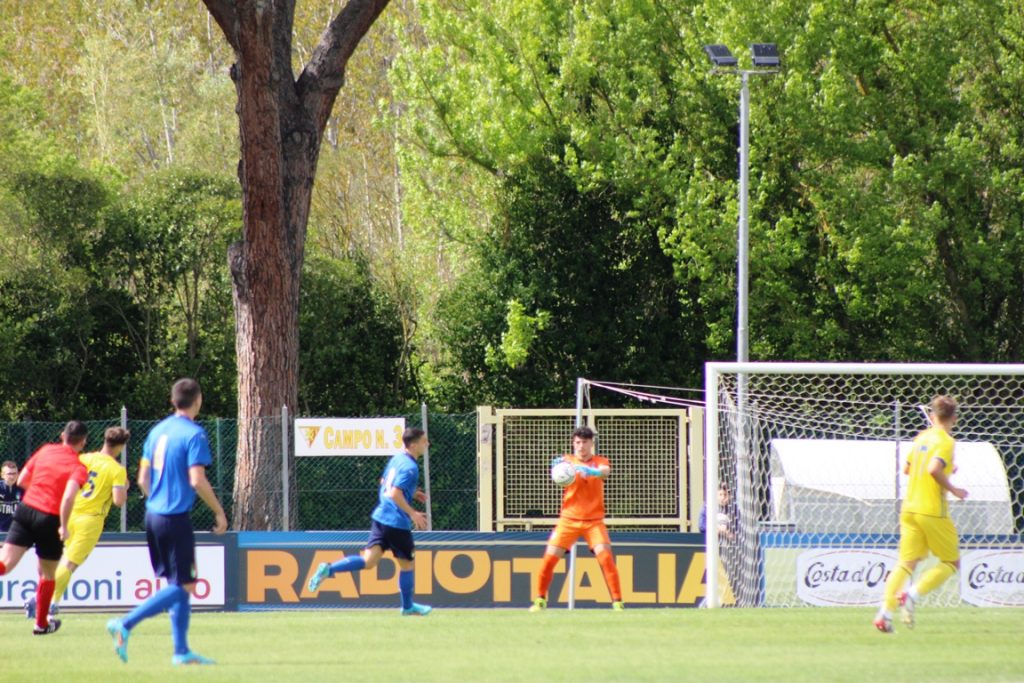 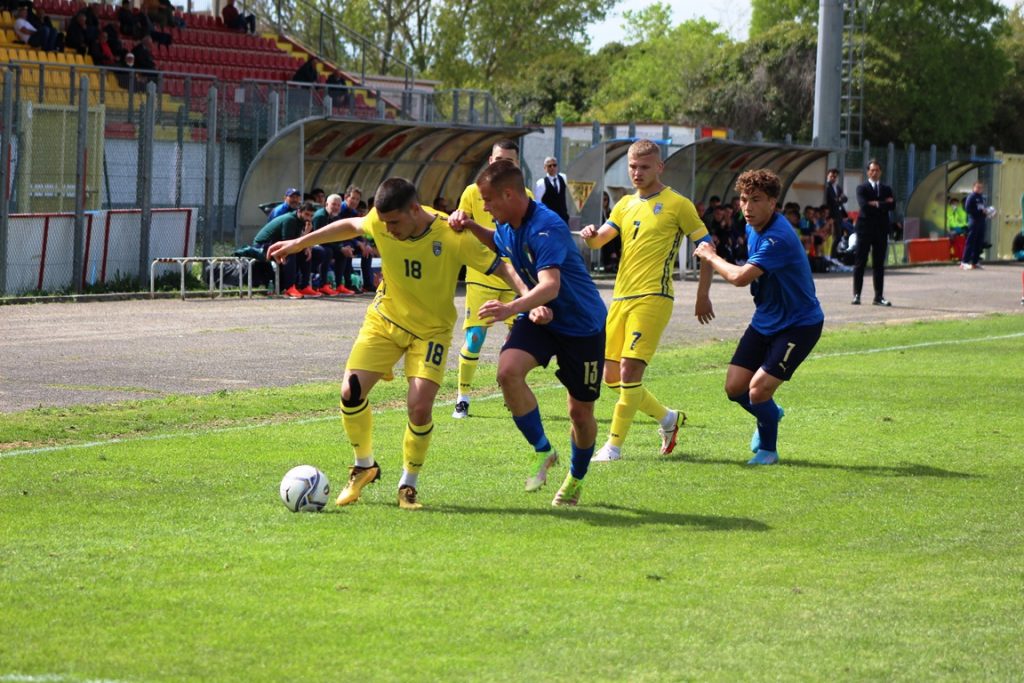 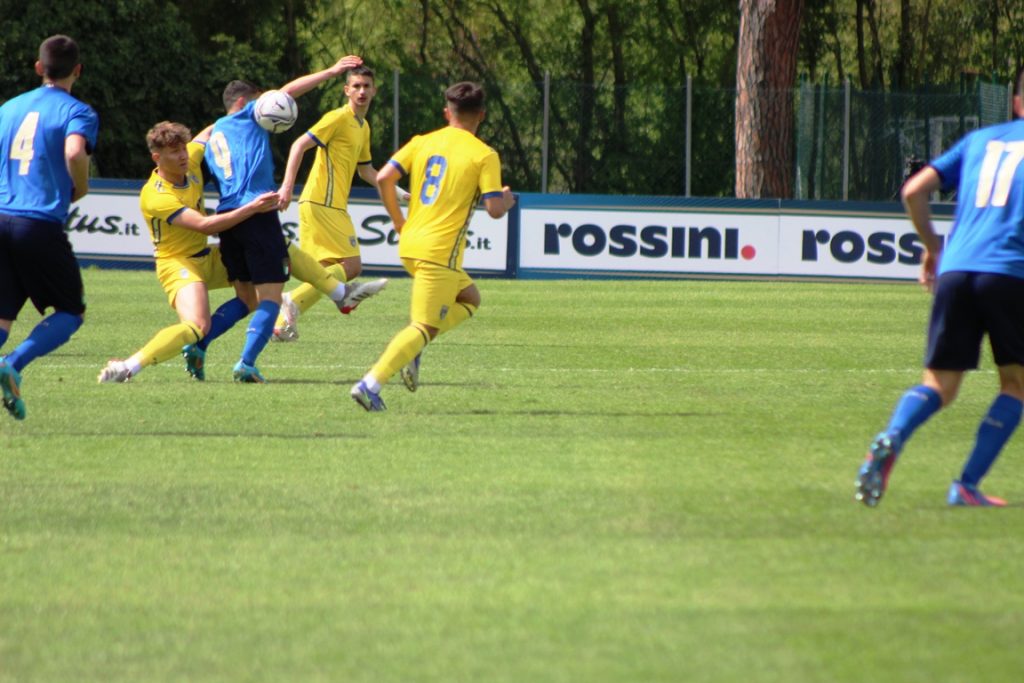 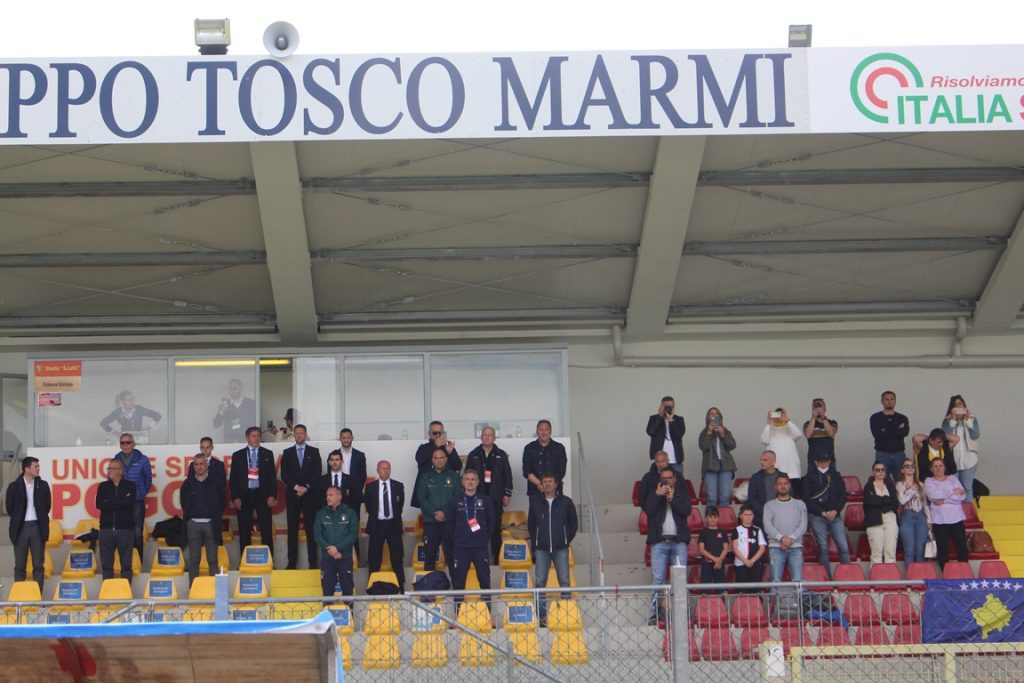 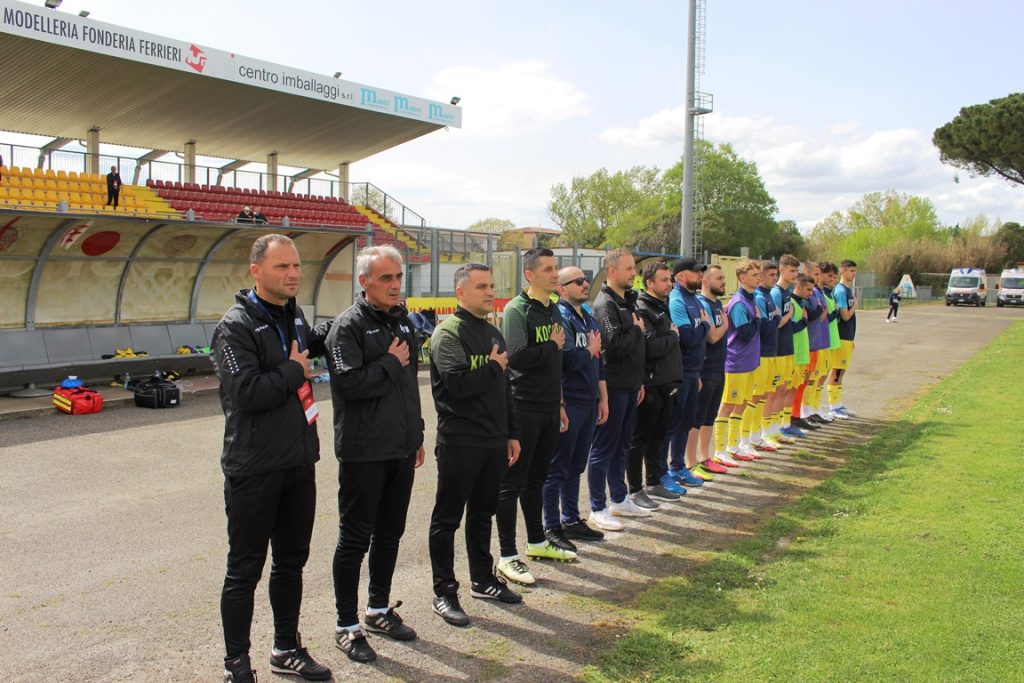 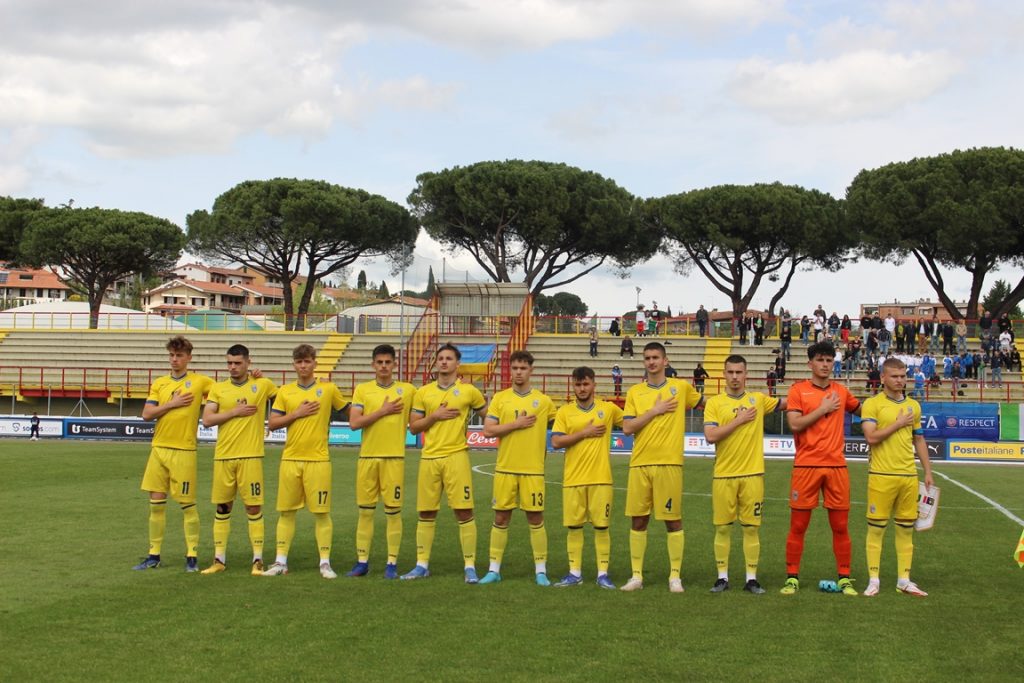