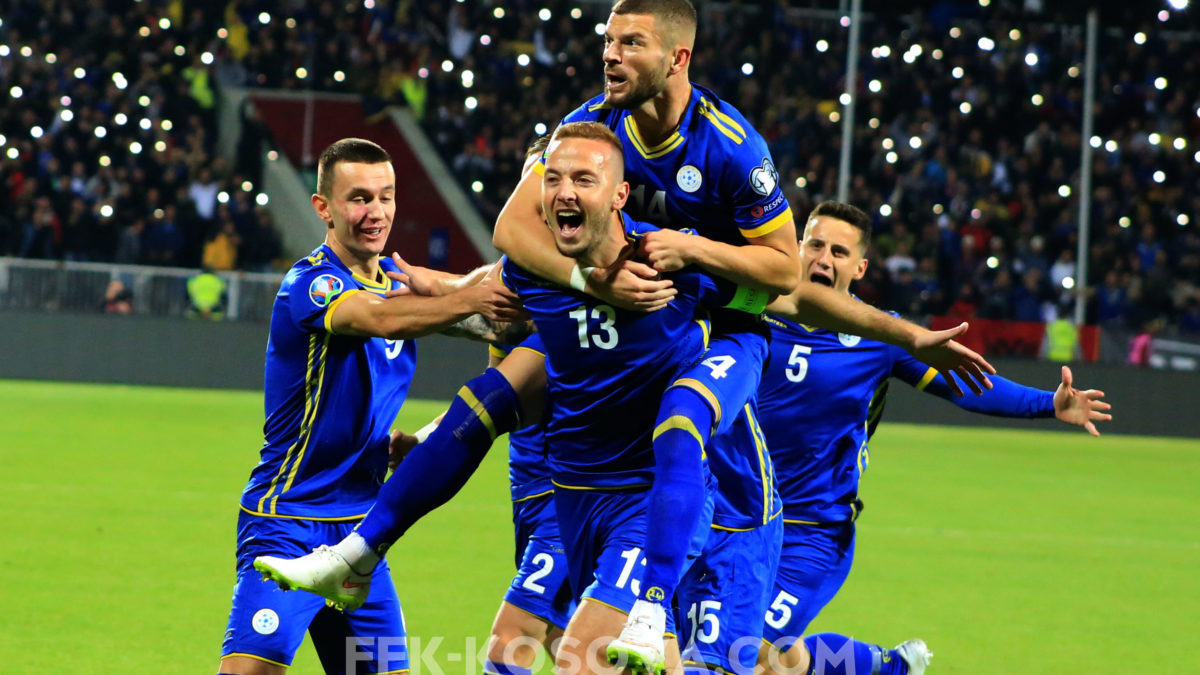 24 October 2019 – The Kosovo’s National Team has continued its rise in the FIFA rankings. The Dardans are now ranked 114th, five places upper compared to last month’s rankings. Kosovo’s progress comes thanks to the win against Montenegro in the Euro 2020 qualifiers but also to the friendly match against Gibraltar, which the Dardans played this month. Kosovo scored 20 points in FIFA rankings in those two wins and now has 1184 points thus recording the best position since joining FIFA in May 2016. Kosovo’s National Team is awaiting the next two extremely significant matches next month against the Czech Republic on 14 November in Plzen and against England on 17 November in Prishtina from the epilogue of which depends whether or not to qualify in Euro 2020.