Ballina > National Team > Kosovo in a group with Spain 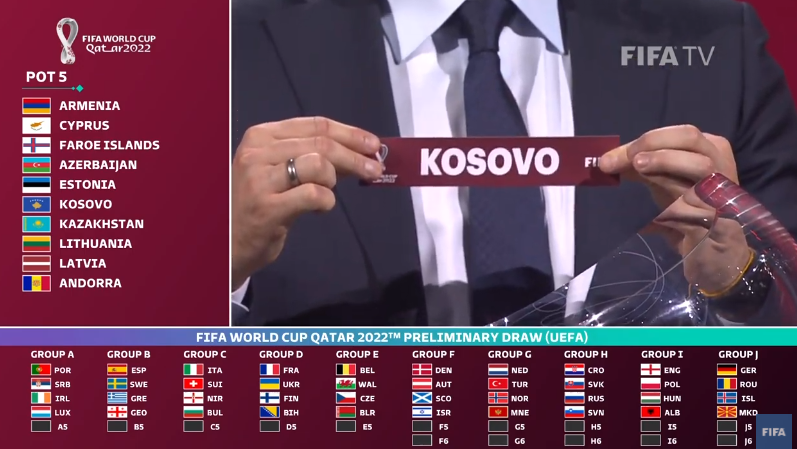 7 December 2020 – The draw ceremony for the qualifying round of the World Cup “Qatar 2022” was held today in Zurich. Due to the COVID-19 pandemic, this ceremony this time was held without the presence of representatives of football federations and the media.

Fate wanted Kosovo in these qualifications to be included in Group B, where it will have rivals such as Spain, Sweden, Greece and Georgia. In fact, the Italian legend, Daniele De Rossi who was part of this draw, withdrew Kosovo to Group A, but because that group included Serbia, as FIFA had previously warned that it would avoid a confrontation, Kosovo was shifted to Group B.

The qualifying matches for the World Cup “Qatar 2020” will start on 24 March next year and will close on 16 November.