Ballina > Womens National Team A > Kosovo is defeated by the group’s favorite, Norway 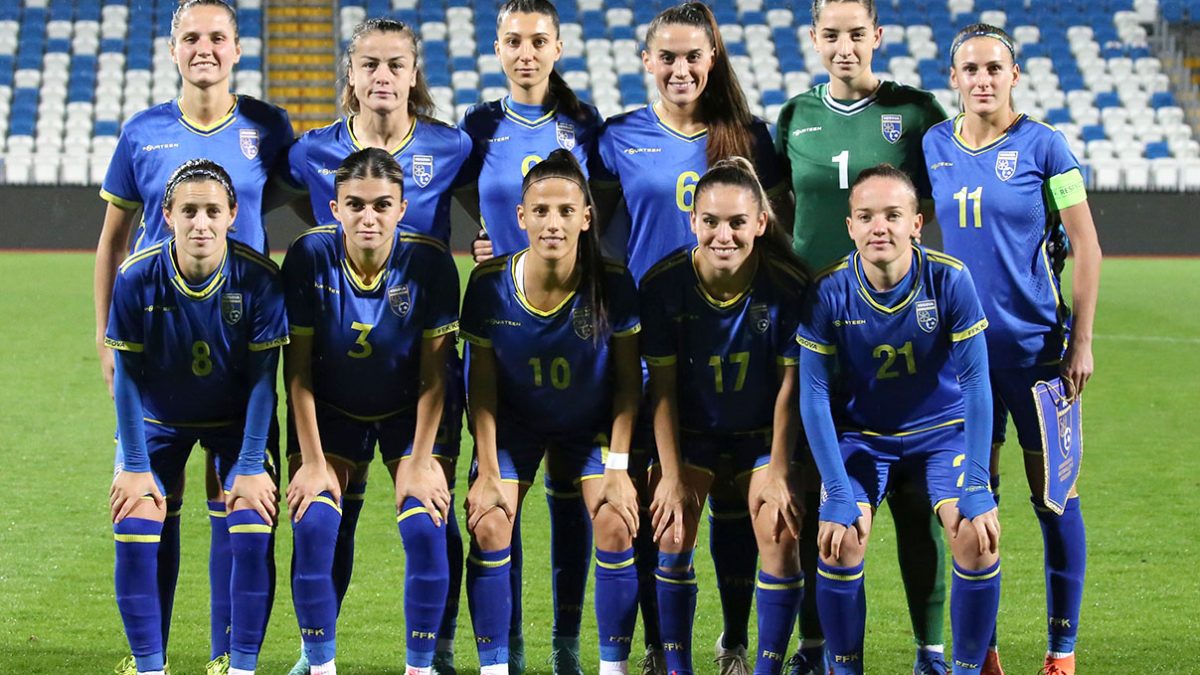 21 September 2021 – The Kosovo’s National Team in the women’s competition was defeated in the second match within the World Cup qualifiers “Australia & New Zealand 2023”. After the draw in Elbasan against Albania (1:1), Dardanians were defeated by the Group F favorite, Norway, on Tuesday, at the Fadil Vokrri Stadium with 3:0. Few days ago the Norwegians defeated Armenia with 10:0. As expected, the Norwegians dominated the match and as a result our girls concentrated mainly in the tight defense. However, the guests took the lead in the 12th minute when after a huge pressure at Florentina Kolgeci’s net, Viola Avduli scores own goal. The Norwegians scored the second goal in the 36th minute following a quick action finalized by Julie Blakstad. The visitors continued to dominate the second half too, but managed to score only once again through Lisa-Marie Utland, in the 56th minute. After the match, the Head Coach, Afërdita Fazlija, expressed her satisfaction with the commitment of the girls, but not with the result, although she admitted that this is Kosovo’s capacity against a team like Norway. “We knew it would be a difficult match. We are definitely unequal national teams. Norway is part of the strongest European teams and for this reason we also played with the 5-4-1 system, with tight defense. These are Kosovo’s capacities in women’s football. “Even earlier, I appealed that for new national teams like us, the format of the Nations League should be applied, which would help small national teams to grow”, Fazlija emphasized. 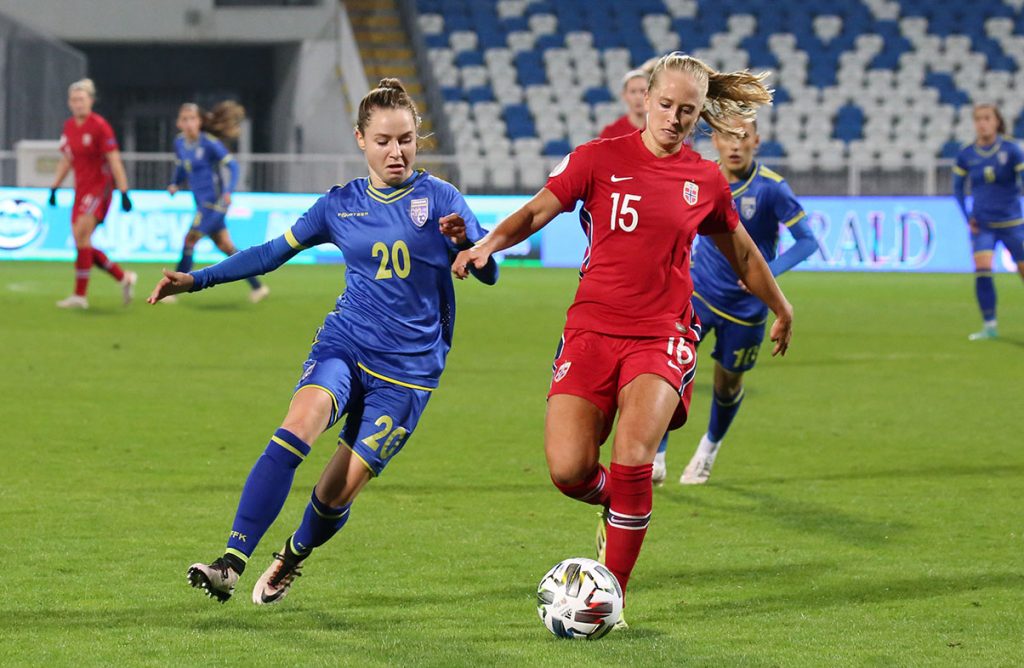