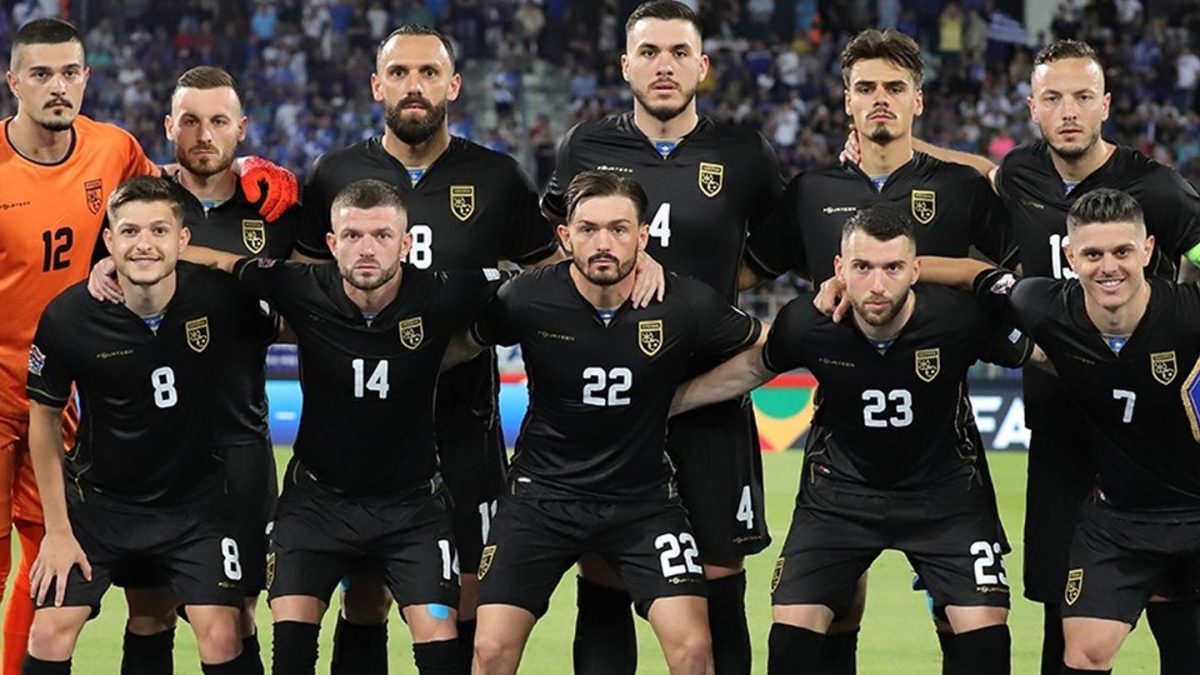 Kosovo loses in the second match to Greece

12 June 2022 – The Kosovo’s National Team lost to Greece with 2: 0 on Sunday evening in Volos in the decisive match of Group 2 in League C of the Nations League. The match was tense in the stands as there were Serbs also infiltrated among the fans who displayed provocative banners against Kosovo footballers and fans. The Greeks dominated the game from the beginning but our defence managed the game well, not allowing a goal to be conceded, while in some cases it was Aro Muriq who saved the goal. Tensions escalated even more after the first half when hosts fans clashed with Dardanian fans, as they constantly threw incendiary devices in their direction. In addition, the Greek fans used lasers all the time to block our footballers. The Greeks scored the lead goal in the 71st minute when Giorgos Giakoumakis scored with a header. After this goal, Kosovo’s attack rushed with all its might in search of the goal but failed to create many chances as the Greek defence was at the level. Meanwhile, in the 9th extra minute when the goalkeeper Aro Muriq had left the goal in an attempt to help his teammates in the last action, in a quick counterattack of the Greeks, Emir Sahiti failed to remove the ball, allowing Mantalos to score at the empty goal.

Kosovo will play the last two matches in this edition of the Nations League in September against Northern Ireland as visitors and against Cyprus in “Fadil Vokrri”, but now the chances to win the group are extinguished as Greece has secured first place and promotion to League B as well as qualification in the “play-off” for Euro 2024. 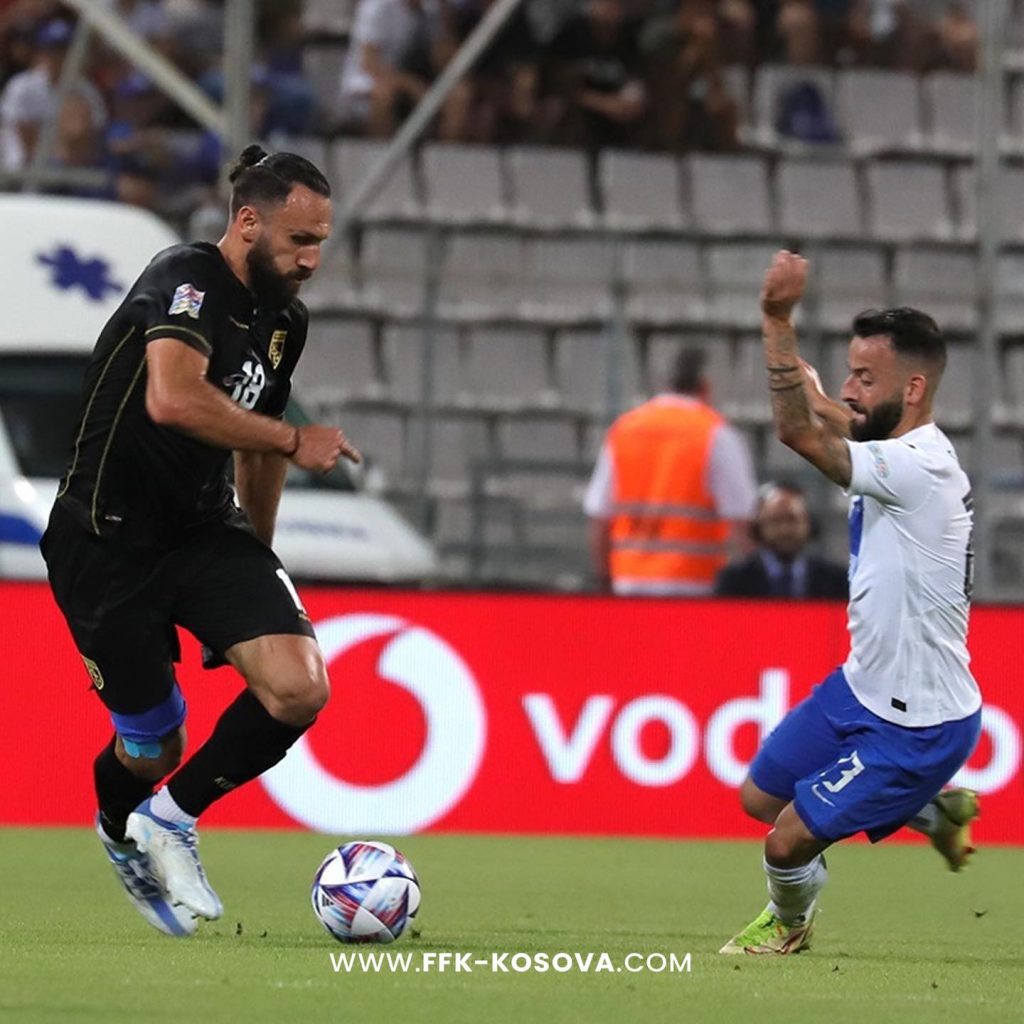 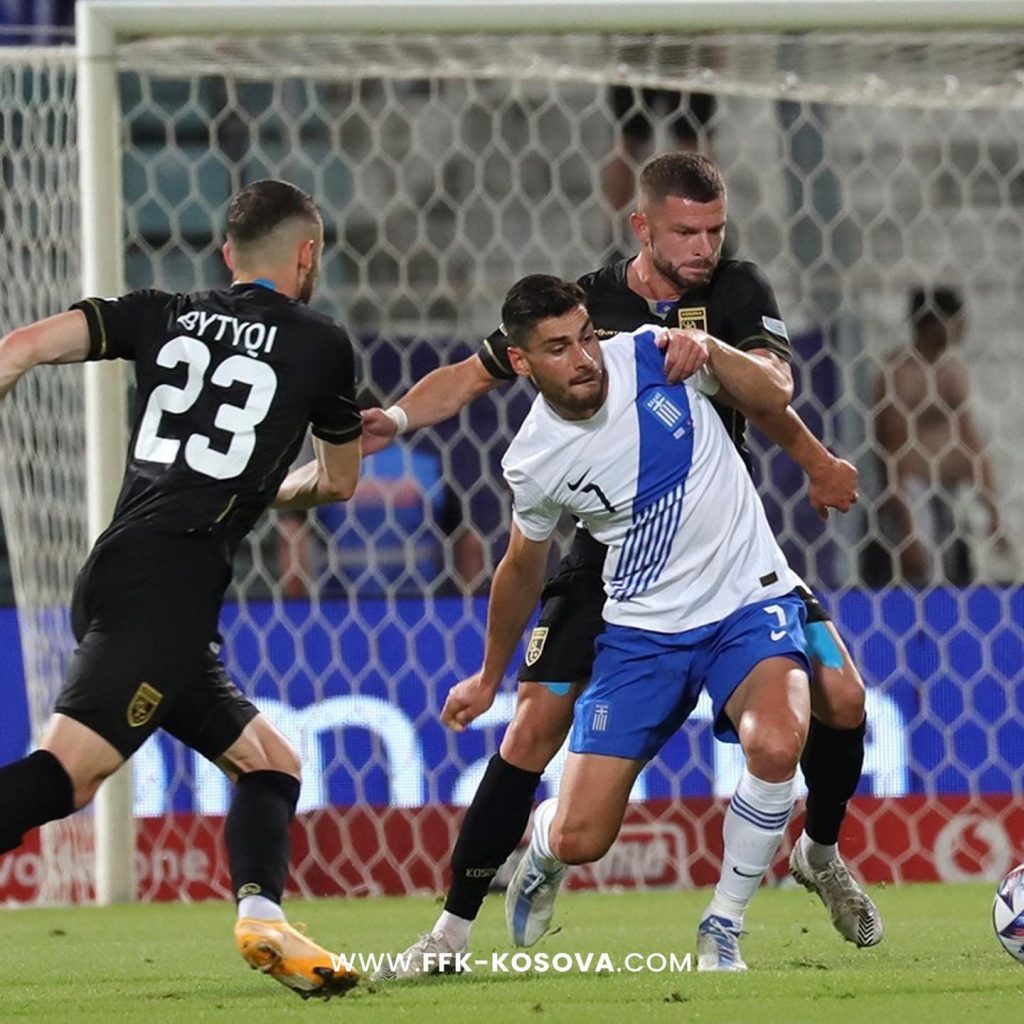 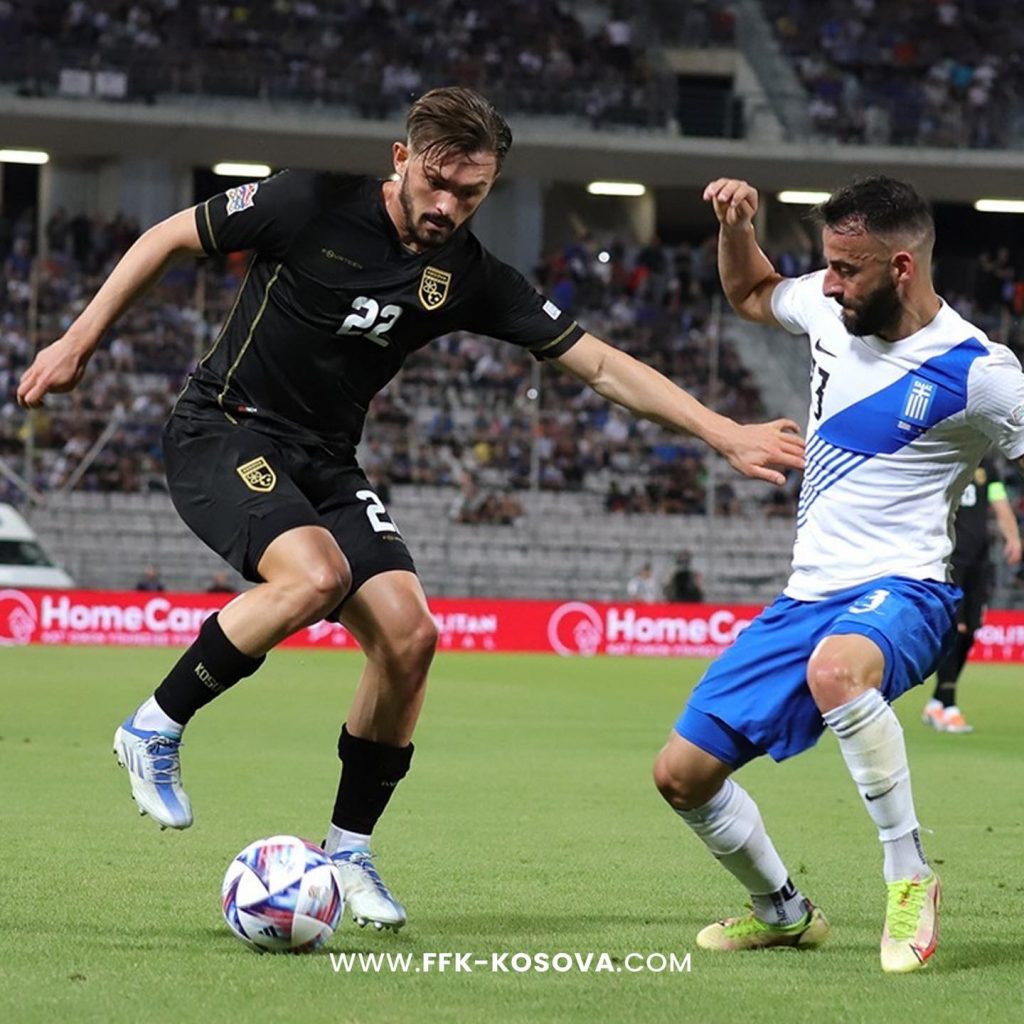 Kosovo loses in the second match to Greece

Kosovo U21 losses to England