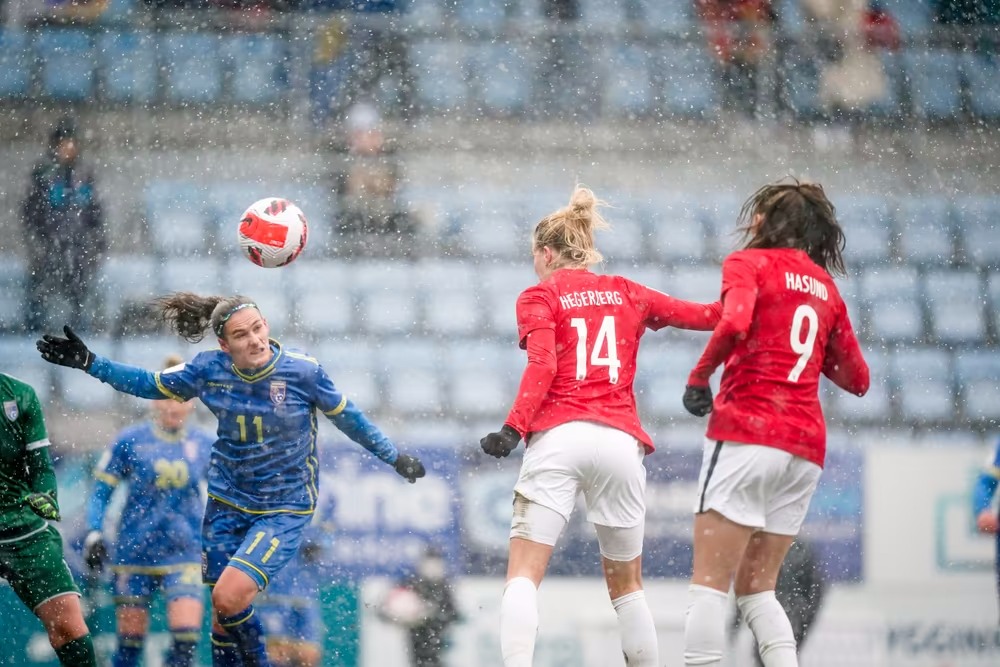 7 April 2022 – The National Team of Kosovo in the women’s competition was defeated in a duel with Norway with 5: 1. The match was played in Sandefjord in a bad weather with snowfall, within the qualifications for the World Cup 2023. In this match, the head coach Karin Anneli Andersen made her debut for the Dardanian National Team. As expected, the Norwegians dominated the match and managed to score two quick goals through Ada Hegerberg in the 21st and 23rd minutes while the third goal to 3: 0 was scored by Frida Maanum in the 31st minute. Kosovo started the second half well and managed to narrow the score to 3: 1 through Erëleta Memeti in the 55th minute. However, five minutes later, Hagerberg scored her third goal in the 60th minute whereas the final score to 5: 1 was set by Celin Bizet Ildhusoy in the 84th minute. After this win, Norway strengthened its first place in Group F with 19 points, while Kosovo remains penultimate with four points. Dardanians will play their next match on 12 April at Fadil Vokrri stadium against the other favourites of the group, Belgium.