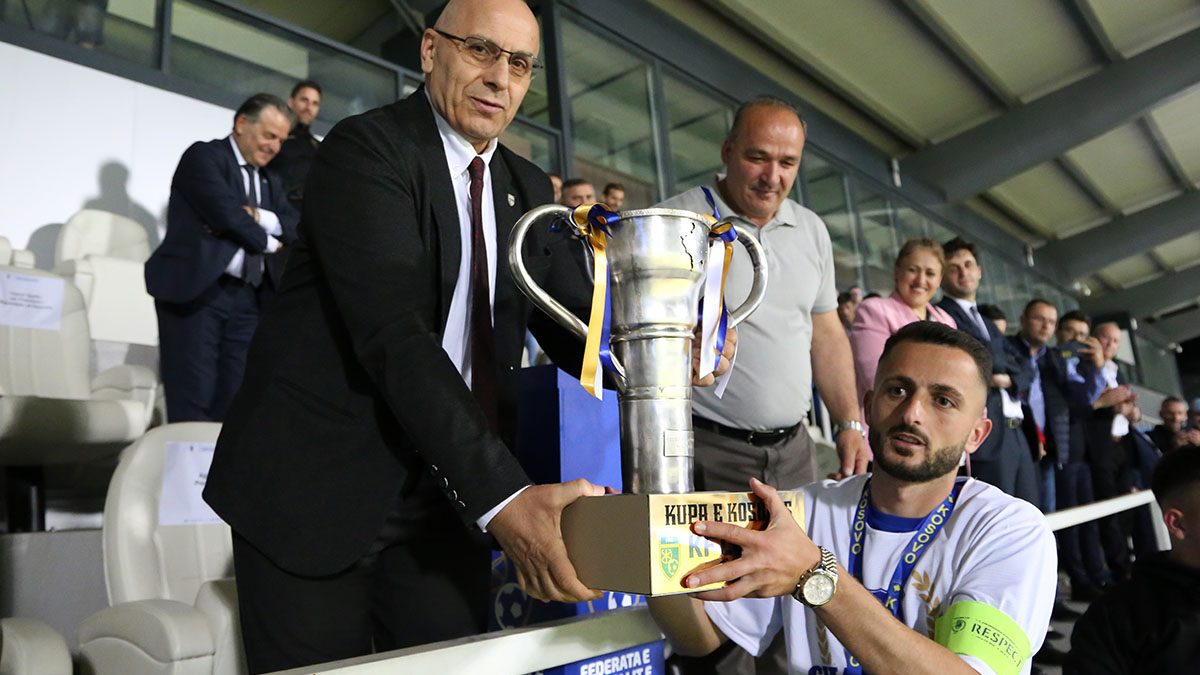 26 May 2022 – Llap is the winner of the Kosovo Cup for the 2021/22 edition. This is the second consecutive triumph of Llapjans in this competition as for the first time in the history of the club, they won this trophy last year. Llapi, on Thursday evening at “Fadil Vokrri” stadium in a magnificent atmosphere created by the fans of both clubs, managed to win 2: 1. Llapjans started the match well and took the lead in the 6th minute with Francisco Rivera’s goal from the free kick. Even after this goal, Tahir Batatina’s team did not stop the strikes towards Gjilan’s goal but failed to double the score.

On the other hand, the team led by Ardian Nuhiji managed to equalize in the 37th minute. It was the former Llap’s player, Hamdi Namani who scored with a header after Muharrem Jashari’s cross. With 1: 1 both teams went to the break. Llapjas started the second half excellently and only after three minutes, they regained the lead when Arbnor Ramadani, with a powerful shot, scored a goal thanks to the deviation of Almir Ajzeraj. After this goal, it was Drita who insisted on equalizing again but failed to find the goal.

On the other hand, Drita was saved by the crossbar on one occasion without suffering the third goal. In the end, the party was for the people of Llap, while Drita has not won this trophy since 2001. The trophy to the plateau was sent by the captain of the National Team, Amir Rrahmani, while it was handed over to the captain of Llapi, Bujar Idrizi, by the President of FFK, Agim Ademi. The medals for Drita were awarded by the Mayor of Gjilan, Alban Hyseni, and those for the Llap, by the Mayor of Podujeva, Shpejtim Bulliqi. 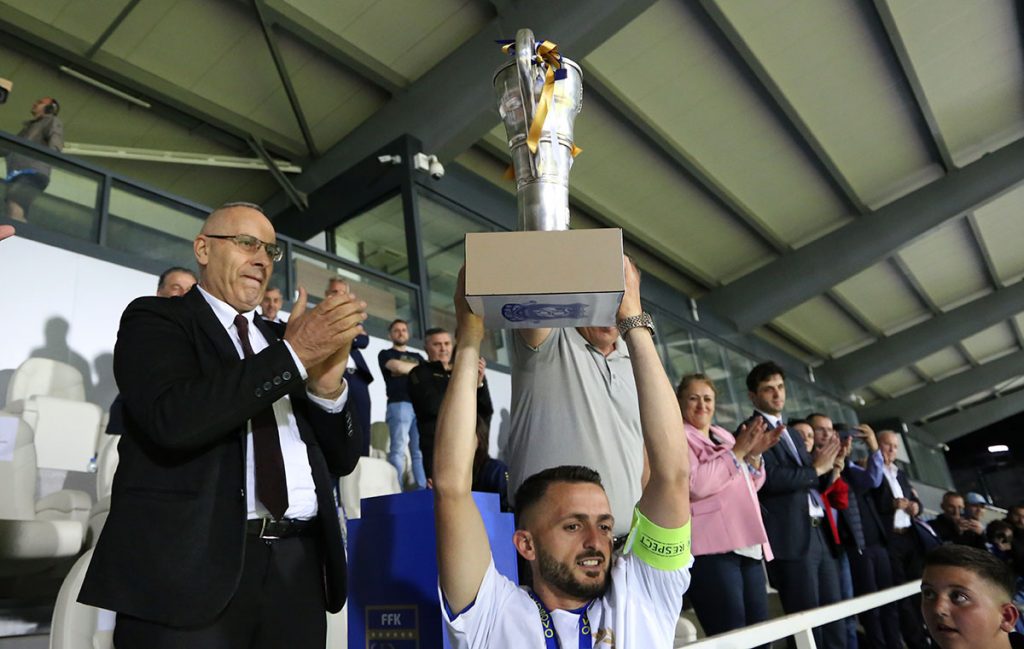 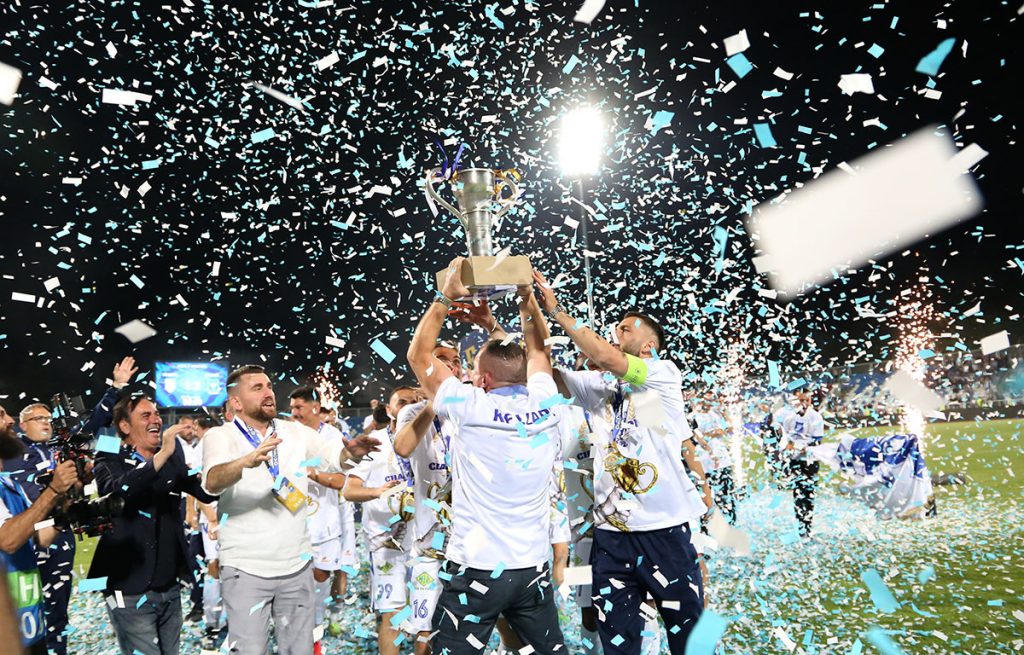 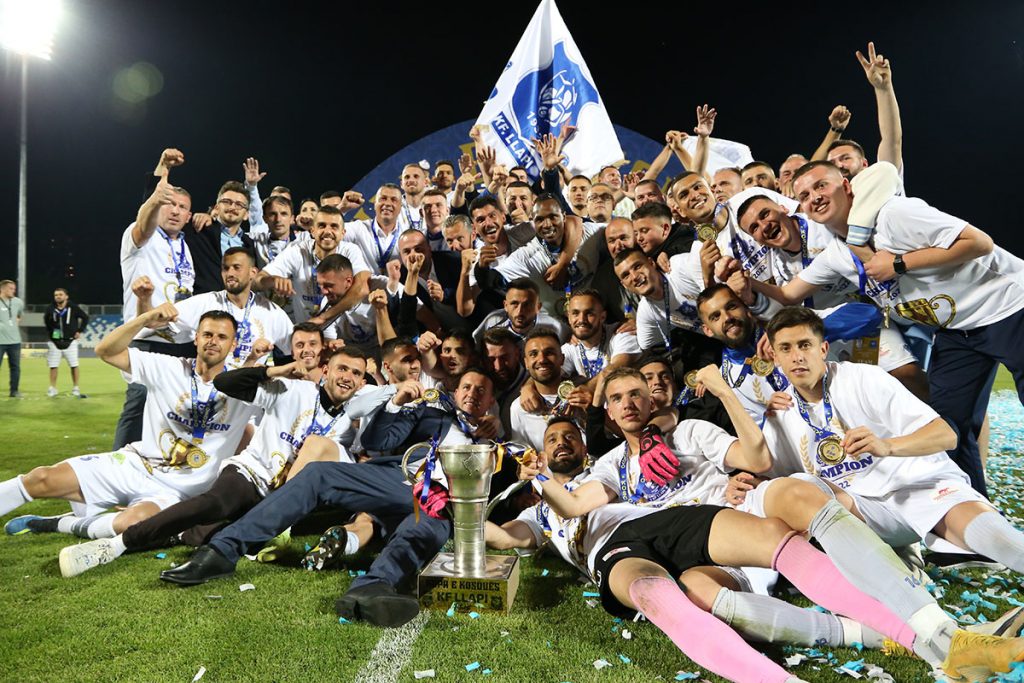 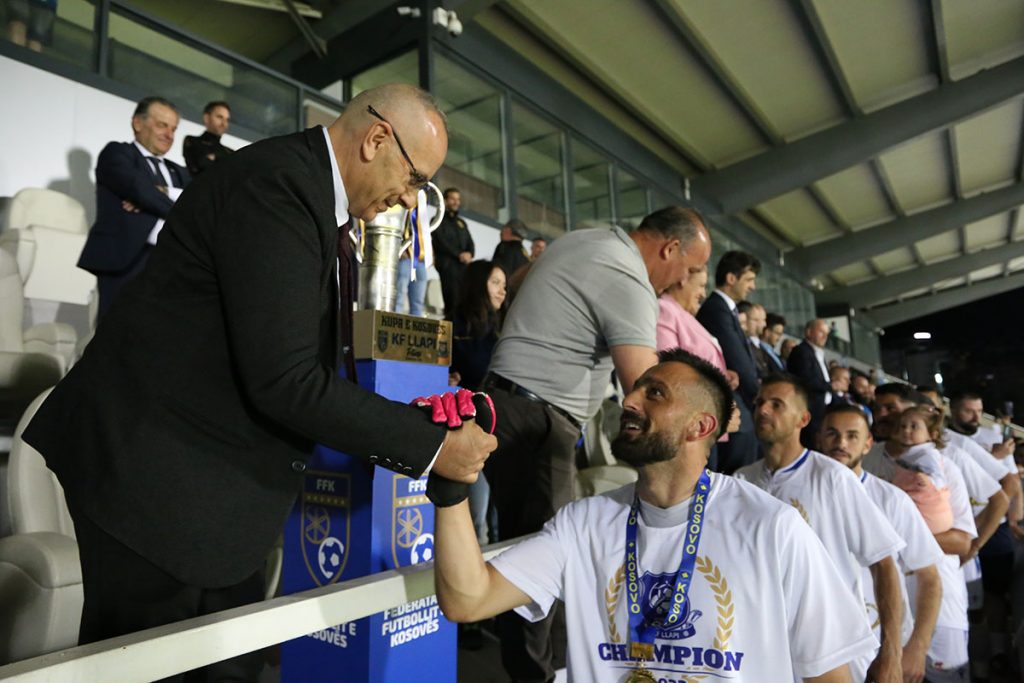 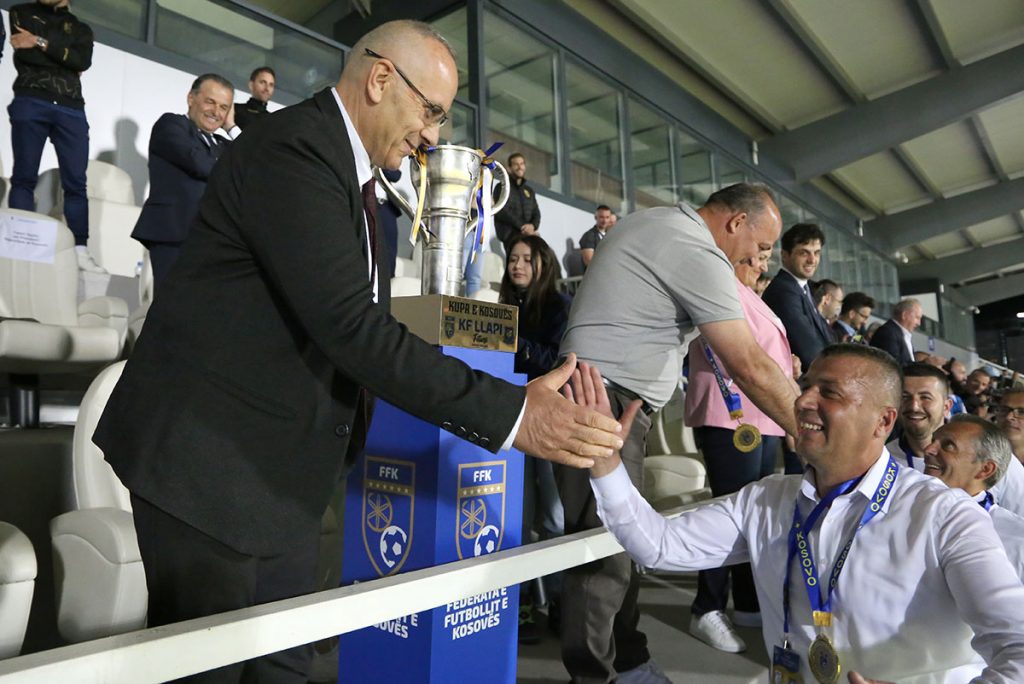 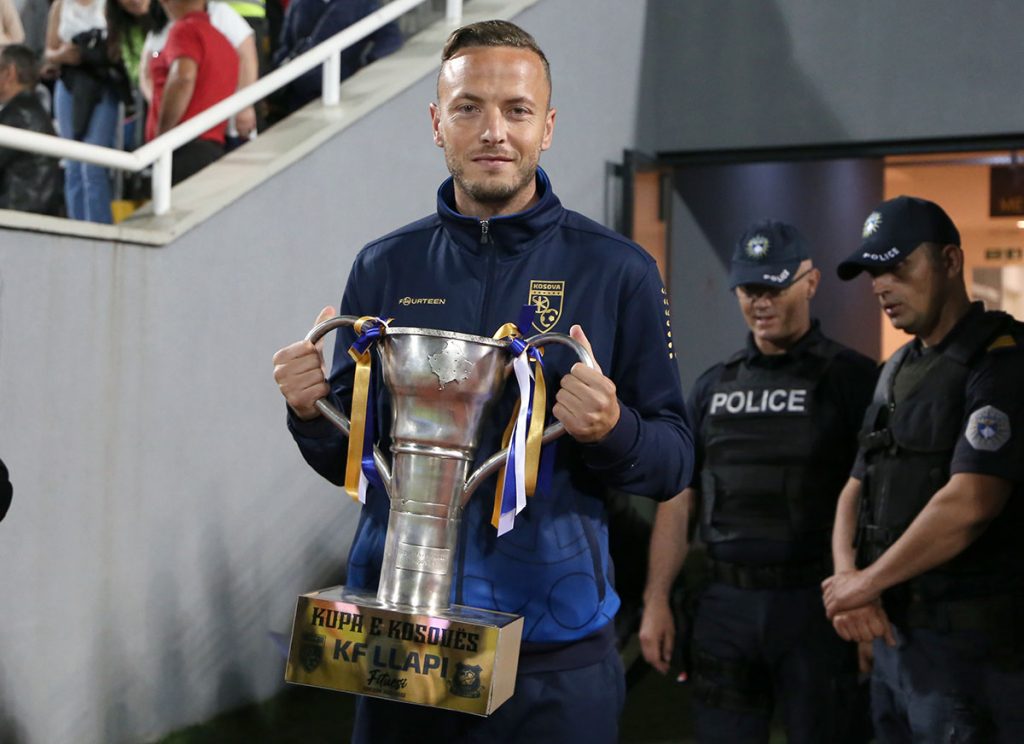 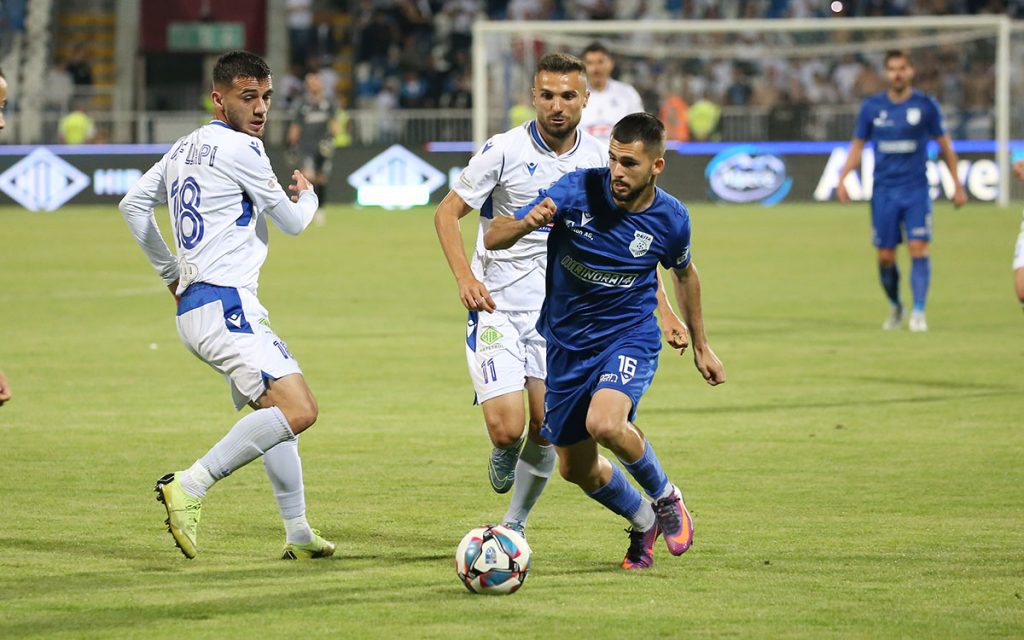 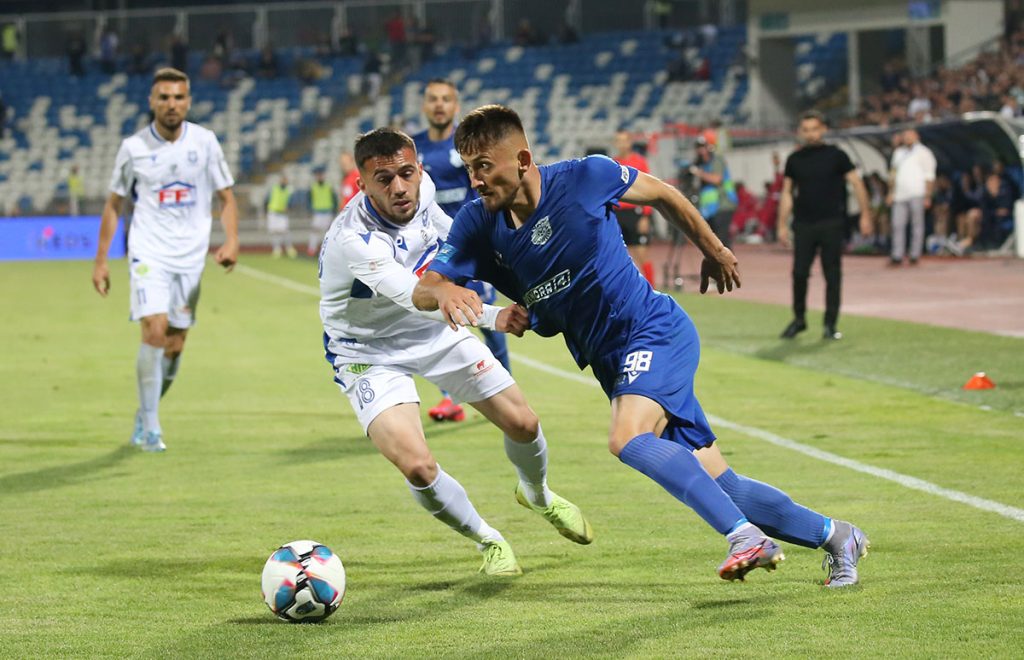 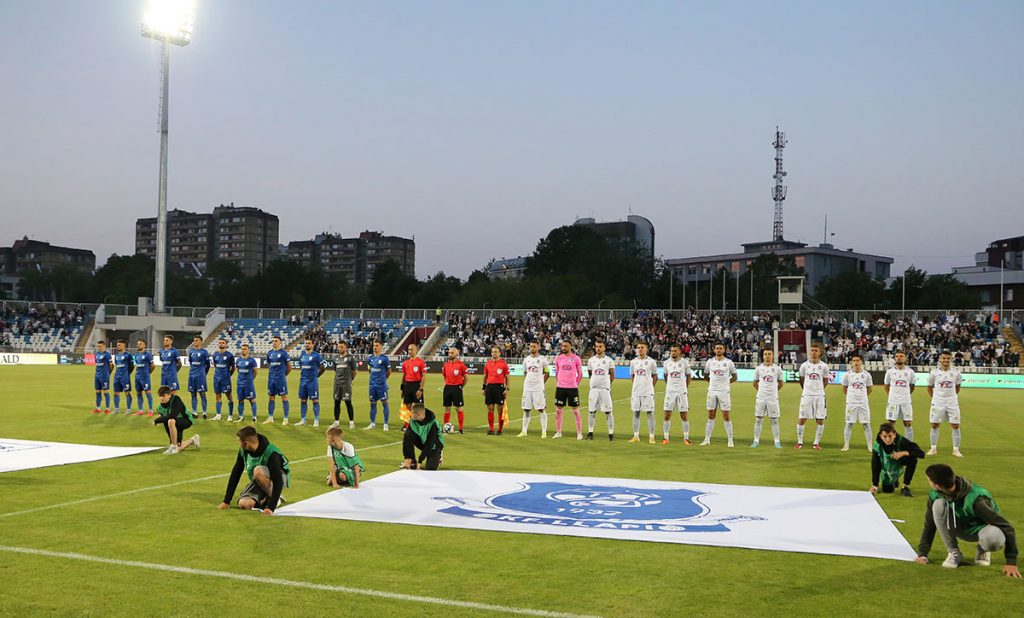 Alain Giresse publishes the list of players for the June matches