Ballina > Main News > No winners in Gjilan and Lipjan, Llapi and Malisheva collect one point as guests each 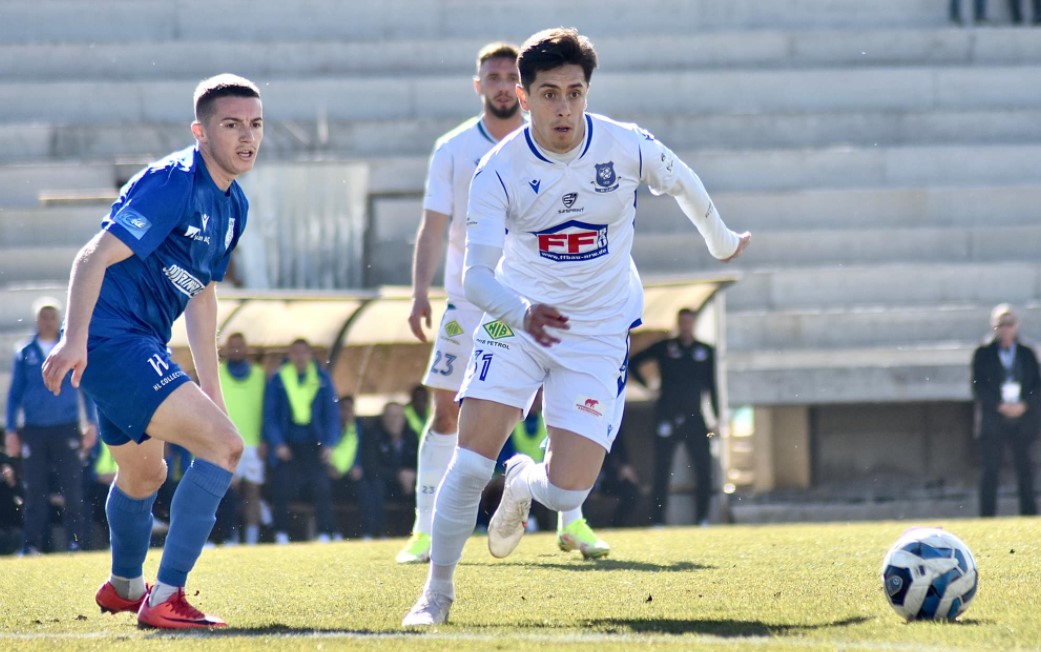 19 February 2022 – The first two matches of the 20th week in the BKT Super League of Kosovo in football were played today. Both matches were closed without winners and with identical scores. Drita and Llapi have made one of the best performances of this edition at the city stadium in Gjilan as they finally got one point each. Llapjans scored first through Valmir Veliu in the 40th minute. However, Drita managed to equalize in the second half with Ardian Cuculi’s goal from penalty, awarded after VAR review in the 77th minute. After this draw, Drita still remains the leader with 38 points, two more than Ballkan and Gjilan, which play this week’s matches tomorrow.

On the other hand, Llapi remains fourth with 33 points. Ulpiana and Malisheva also scored one goal each in the match played at “Sami Kelmendi” stadium in Lipjan. Marclei Santos scored from the penalty spot in the 20th minute for Ulpiana. The same player had a chance to double the lead in the 41st minute again from the penalty spot but was not accurate. Two minutes later, the visitors equalized with Xhevdet Shabani’s goal. Malisheva holds the seventh place in the ranking with 23 points, while Ulpiana one place below has 19 points.