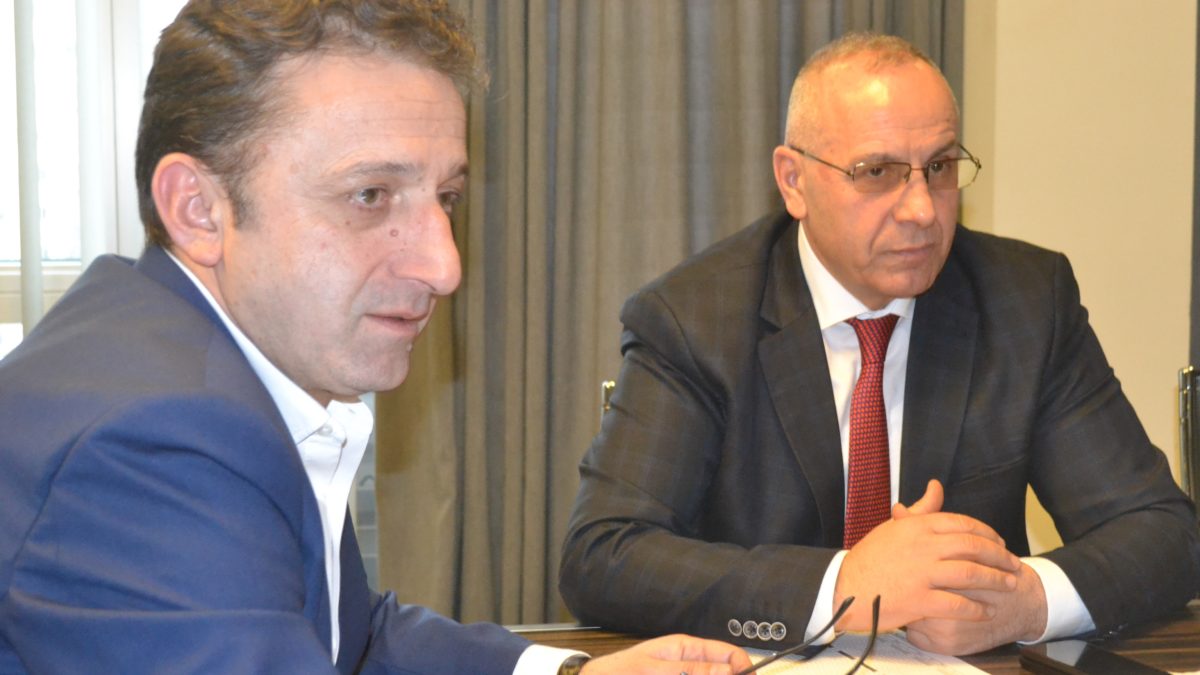 20 January 2020 – The FFK President, Agim Ademi, accompanied by the Secretary-General, Eroll Salihu, Assistant National Team Coach, Muharrem Sahiti and the National Team Manager, Bajram Shala held a meeting with the President of the Football Federation of Northern Macedonia, Muhamed Sejdini who was accompanied by his associates.

In this meeting, President Ademi and his counterpart Sejdini discussed to coordinate actions to better organize the play-off semifinal match for the European Championship on 26 March.

President Ademi asked his counterpart to do his utmost to increase the number of tickets available to the viewers from Kosovo.

The two presidents and their associates discussed other technical specifications for organizing the match as well as various opportunities to deepen cooperation between the two federations. 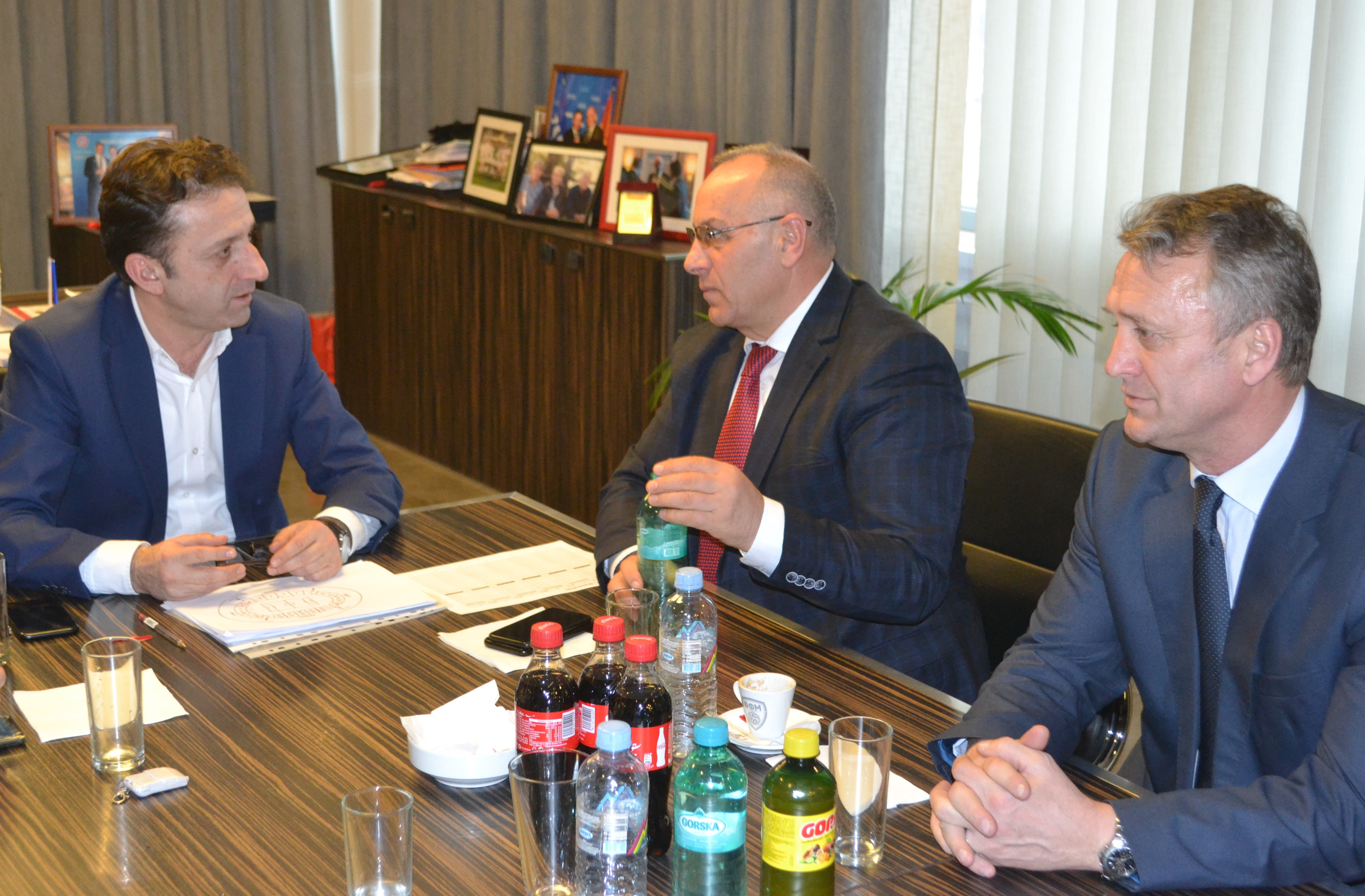