Ballina > Main News > President Ceferin congratulates President Ademi: The progress made has laid the foundations for the future 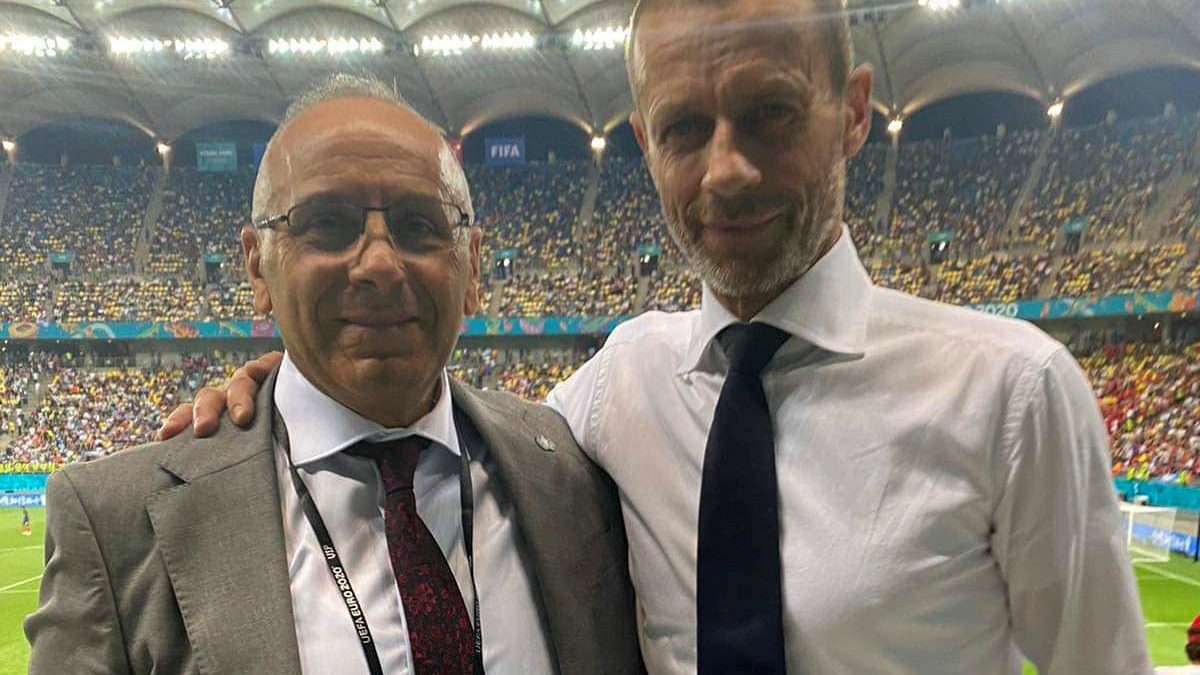 President Ceferin congratulates President Ademi: The progress made has laid the foundations for the future

Immediately after the FFK Electoral Assembly, where President Agim Ademi was reconfirmed at the helm of the Kosovo Football Federation for a new four-year term, a congratulatory telegram arrived from UEFA President, Aleksandar Ceferin. In his congratulations for the re-election at the head of FFK, the head of the European football government congratulated President Ademi for the re-trust received from the delegates of the FFK Assembly and for the work done during the first term.

Below is the full letter from UEFA President, Aleksandar Ceferin: 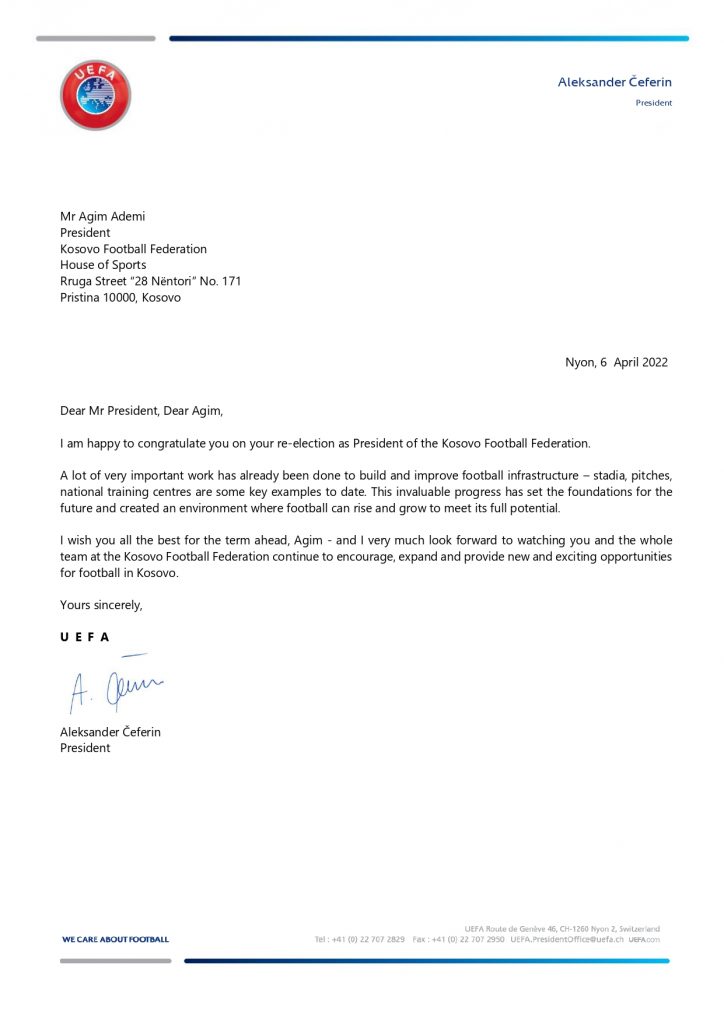 Infantino congratulates Ademi: We will continue to work together for the growth of football in Kosovo