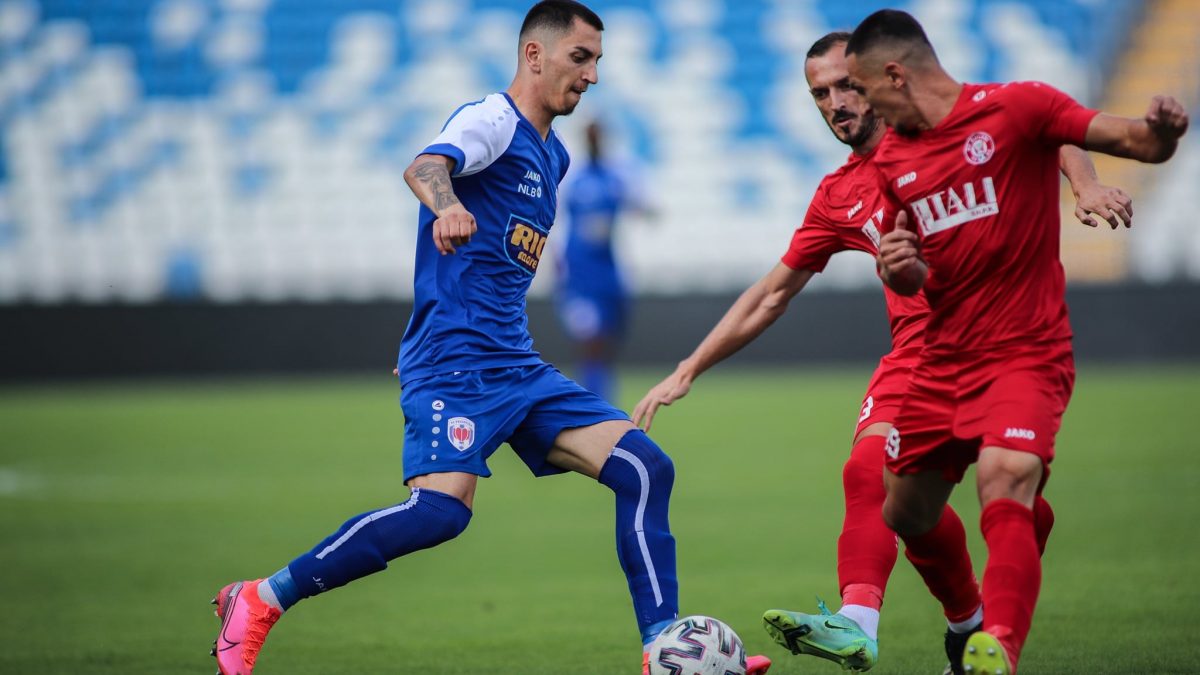 27 February 2022 – The last three matches of the 22nd week of the BKT Super League of Kosovo were played today. The day derby between Prishtina and Gjilan, played at the city stadium in Suhareka, ended without a winner, 2: 2. Gjilan had a 2-0 lead with goals scored by Gerhard Progni and Arbër Prekazi, but Prishtina managed to equalize the numbers at the end of the match with the goals of Otto John and Endrit Krasniqi. After this draw, Gjilan remains second with 43 points, two points less than Ballkan while Prishtina ranks sixth with 26 points.

Ulpiana achieved its first win after eight matches, beating Drenica with 3: 1. The winning goals for the team from Lipjan were scored by Iran Goncalves (29 ‘), Silvestre Shkalla (54’) and Trimror Selimi (87 ‘). Meanwhile, the only goal for Drenica was scored by Kreshnik Uka (96 ‘).

Ballkan wins and remains leader, Gjilan and Drenica triumph too