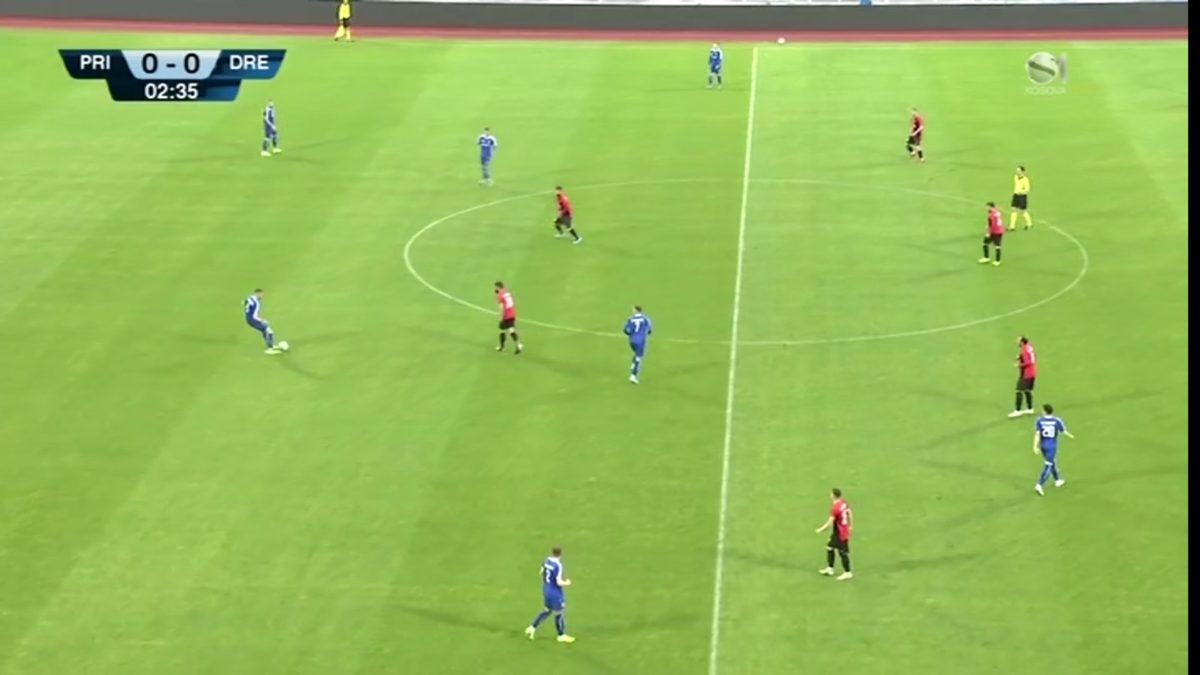 Prishtina convenient against Drenica, near the Digitalb Cup finale of Kosovo

2 June 2020 – Prishtina managed to deeply defeat Drenica with 3:0 in the match that was played without the presence of fans at “Fadil Vokrri” stadium in Prishtina. This match marked the return of Kosovo football after three months of break due to the Covid-19 pandemic. Thus, the white-and-blues of the capital made a great step towards the Digitalb Cup finale of Kosovo although it remains to confirm the ticket for the 29 July’s finale in the return semifinals match to be played in Skenderaj on 17 June. Prishtina had a much better performance than the red-and-blacks of Skenderaj even though the latter quite easily could have gotten a much favorable score. The score was unblocked in the 28th minute when Ahmet Januzi scored from a short distance after Oto John’s arch. The same footballer scored the second goal in the 43rd minute, this time after Armend Thaçi’s arch.

Meanwhile, Drenicasis were more creative having a gold chance to score of great hope in the 88th minute. However, Hasan Hyseni failed to score from the white dot. Two minutes later, Prishtina scored the third goal when Meriton Korenica scored by head after Mankenda’s arch thus sealing the final score to 3:0.

The other semifinal match will be played on Wednesday in Suhareka between Ballkan and Feronikeli.