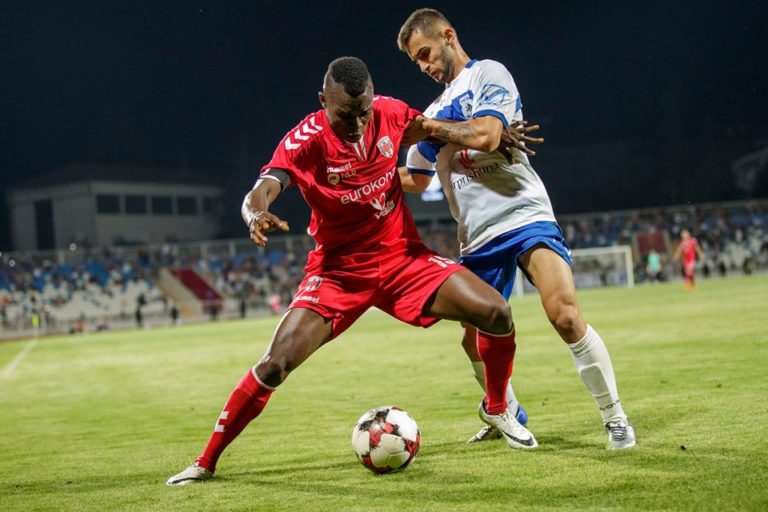 24 October 2019 – Prishtina won in the 11th Week derby of IPKO Super Liga by defeating Drita with 1:0. The winning goal for white-and-blues of the capital in the match played on the evening hours at Fadil Vokrri stadium was scored by Armend Thaçi in the 82nd minute converting into goal one assist from Mankenda. Prishtina was more persistent to find the goal from the beginning whereas the guests could almost never endanger Visar Bekaj’s goal. With this win, Armend Dallku’s team climbs in the fourth place with one point less than Drita that remains in the third place following this loss. Meanwhile, earlier during this day Ballkan achieved victory before its fans in duel with Flamurtari with 3:1. Goals for Ballkan were scored by Blend Baftiu in the 24th minute, Artur Magani in the 47th minute and Jetmir Topalli in the 64th minute while the only goal for red-and-blacks of the capital was scored by Granchov in the 71st minute.