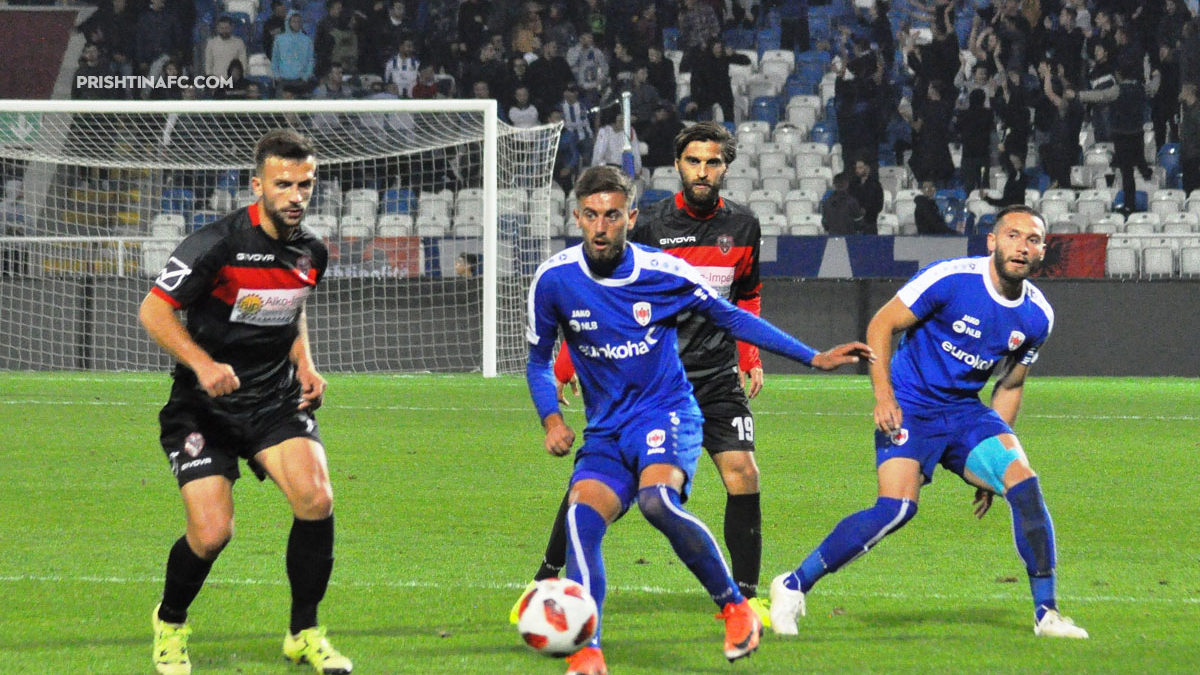 28 October 2019 – Prishtina defeated Flamurtari with 2:0 in the closing match of Week 12 of IPKO Super Liga that was played tonight at “Fadil Vokrri” stadium in Prishtina. Both goals for Prishtina were scored in the last minutes of the first half. Meriton Korenical unblocked the result in the 43rd minute scoring from vicinity as he used the ball thrown away by the goalkeeper Nika after a kick with head by Januzi. Meanwhile, Armend Thaci increased the lead to 2:0 in the first minute of the first half additional time after an assist from Korenica. After this win, Prishtina has 23 points, three points less than Ballkani that is leading the ranking after the 12th week.