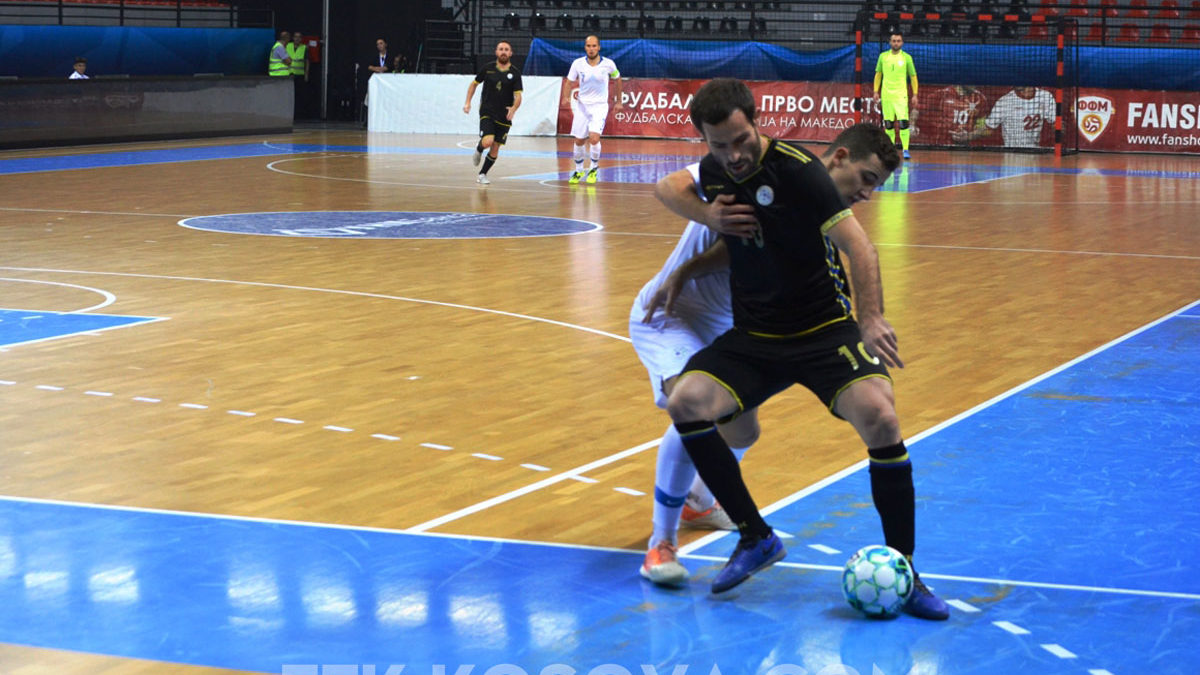 27 October 2019 – One of the strongest and best matches in the second round of qualifiers for the 2020 World Cup in futsal was the encounter of the Kosovo boys with Slovenia although they lost in the end with a deep score, 1: 7. Our players were dominant in the first half taking the lead as early as the 3rd minute of the match and then creating some 100% chances but without a coronation. Slovenians could do nothing in this part until the 18th minute when Osredkar equalized and the first half ended. In the second half, Slovenians were fully reawakened taking the lead by scoring 6 more times. Even in this part our players tried to do something more but in front they had a team well prepared physically and with perfect technique. Thus, the Kosovo National Team ended these qualifiers with two losses and one victory. Dardans lost to Ukraine in the first match (1: 7), scored a victory over Northern Macedonia (7: 5) and lost tonight to Slovenia (1: 7).