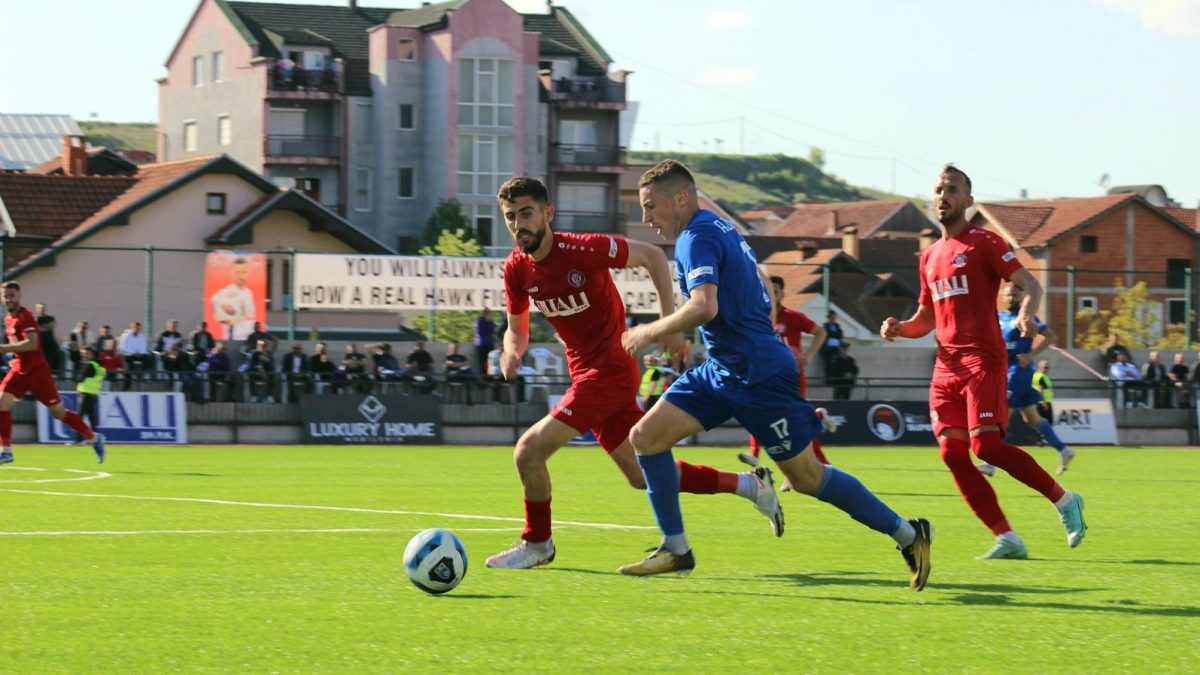 The Gjilan derby closes without a winner, Ballkan secures first title of champion

ffk 1 min read
4 May 2022 – The city derby between Gjilan and Drita within the 33rd week in the BKT Super League of Kosovo in football did not give a winner neither goals (0: 0). Such an epilogue enabled Ballkan to secure the first title in the history of the club four weeks before the end of the championship. Drita appeared as the best team in the derby but failed to score. Almir Kryeziu had the best chance in the 30th minute when he shot the post. Meanwhile, Prishtina, as expected, achieved a victory in a duel with the last team in the ranking, Feronikeli with 5: 0. Saddam Sulley scored a “hat-trick” for the capital team while Agim Zeka and Otto John also contributed with one goal each. This win enables Prishtina to stay in the fifth place with 45 points. Dukagjini also achieved a great win in the duel with Ulpiana with 2: 1. Lipjan took the lead with Silvester Shkalla’s goal in the 77th minute but then the hosts managed to reverse the figures with goals scored by Mentor Zhdrella from the penalty spot in the 83rd minute and Labinot Jashanica in the first minute of extra time. After this win, Dukagjini is ranked sixth with 45 points.
Post Views: 6
Main News

Dukagjini gets a big win in Prishtina, Gjilan returns with a convincing victory