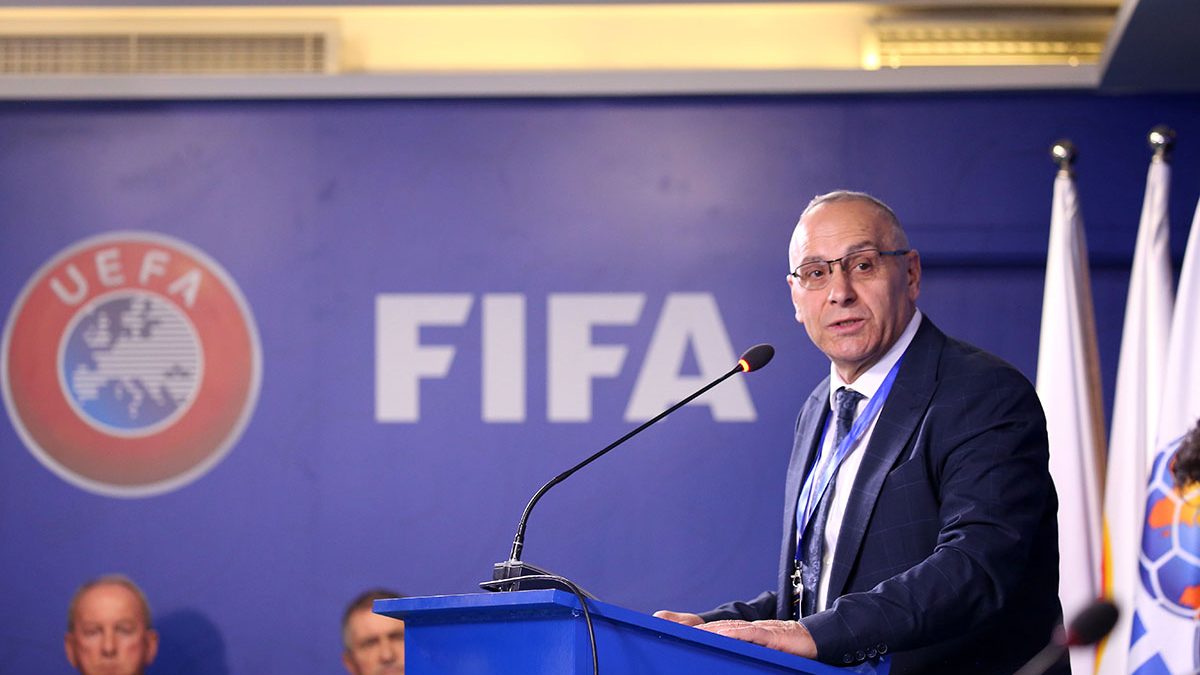 The UEFA EC member and the President of the AFF, Mr. Armand Duka, the representative of FIFA, Mr. Alessandro Gramaglia and the President of KOC, Mr. Ismet Krasniqi, hold their speeches before the delegates. They praised the work done by FFK in the past four years and wished that the progress of Kosovo football continues in the future.

Mr. Duka conveyed to FFK the greetings of the UEFA President, Mr. Aleksandar Çeferin emphasizing that the head of the European football will soon pay a visit to Kosovo. He also expressed his gratitude to all those who give their contribution to the development of Kosovo football and noted that there has been a rapid development of football in Kosovo in recent years.

“The projects have been large, infrastructure development projects, restructuring or reorganization of the Federation of Kosovo, which is undoubtedly an organization that can manage and organize not only competitions but everything and with a clear vision the football in Kosovo. We have seen concrete infrastructure developments through the HatTrick program, which under the leadership of President Agim Ademi, FFK has known how to make the best use of, building the training centre in Hajvalia, improving some training fields for clubs, improving the offices where we are today and all are surprised by FFK’s fantastic infrastructure. This shows that we are on the right track, further successes await us and our game is safe “, said Duka.

He also had a message for the delegates who were not part of the Assembly. “All of us who are in this room or the others outside should behave with the game or with each other with sportsmanship. Any kind of criticism or remark, any kind of alternative to running FFK is fruitful, is good. No kind of muddy brings any good to our beloved game. “I invite everyone to unite Kosovar football even more because in the end, our only objective is the game, it is football”, said further Duka.

FIFA Representative Mr. Alessandro Gramaglia conveyed greetings from President Gianni Infantino and the Secretary General Fatma Samura. “FIFA was extremely happy to welcome Kosovo, represented by President Ademi at the FIFA Congress in Doha. ”We are pleased to see developments in Kosovo football and that FFK has harmonized each regulation according to FIFA and UEFA. We were also pleased with the fact that Kosovo has implemented the VAR project. “I want to use the opportunity to call for unity in football and for good governance in football structures,” said Gramaglia among others.

The President of KOC, Ismet Krasniqi said that he is in this assembly to monitor its work while emphasizing that KOC will continue the cooperation with FFK for the further development of football. After receiving the trust of the delegates of the FFK Assembly for the new mandate, President Agim Ademi stressed that he and the EC of FFK will work together with everyone to advance Kosovo football.

“Thank you for your trust. I do not take this new mandate as a privilege but as a great obligation. And I cannot fulfil this obligation without you, so I want you close to me. This responsibility and the help you give me, I take very seriously even for those who have different opinions. I will give back confidence to everyone with my work as I am a man of football and am happy to be in my family or to say it better, in my craft. When I say in my craft, I say it as I have been in football as a footballer, club president and federation leader all my life. I know the concerns of footballers, clubs and the affairs of the federation. I know how to be hardworking and good with organizations. I am a volunteer in football and I will continue to be so “, said President Ademi who also thanked UEFA, FIFA and all institutions for the excellent relations and support in his first term.

President Ademi previously unveiled to the delegates the achievements and projects of the future, which he intends to fulfil during the new four-year term.

In addition to electing the president, the Assembly reviewed and approved the Financial and Audit Report for 2021 and the Financial Plan for 2022 and authorized the FFK Legal Office to start amending the FFK Statute in accordance with the UEFA and FIFA requirements. 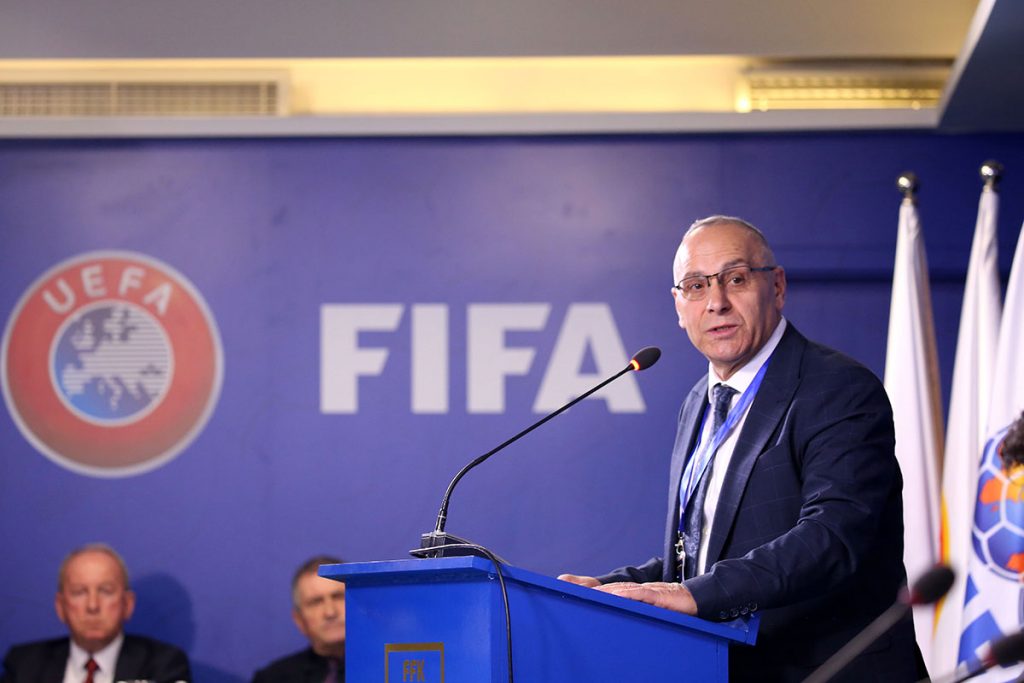 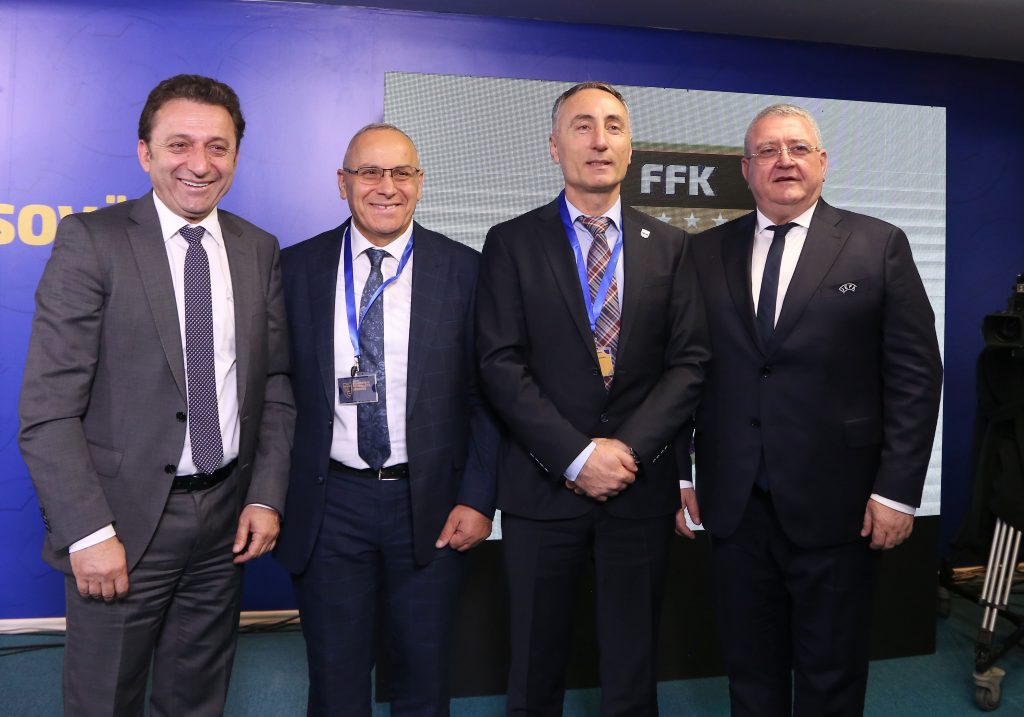 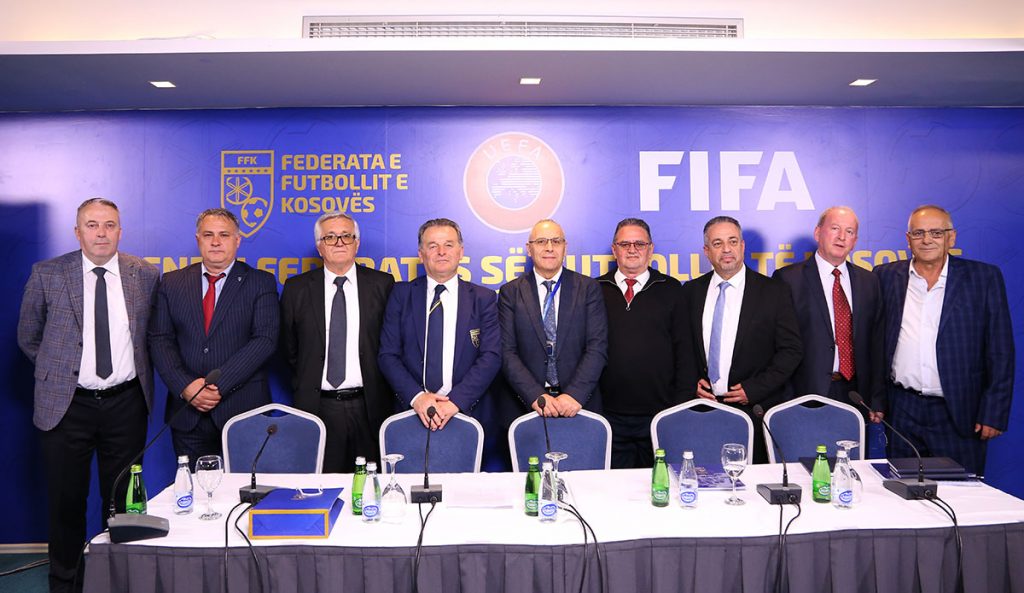 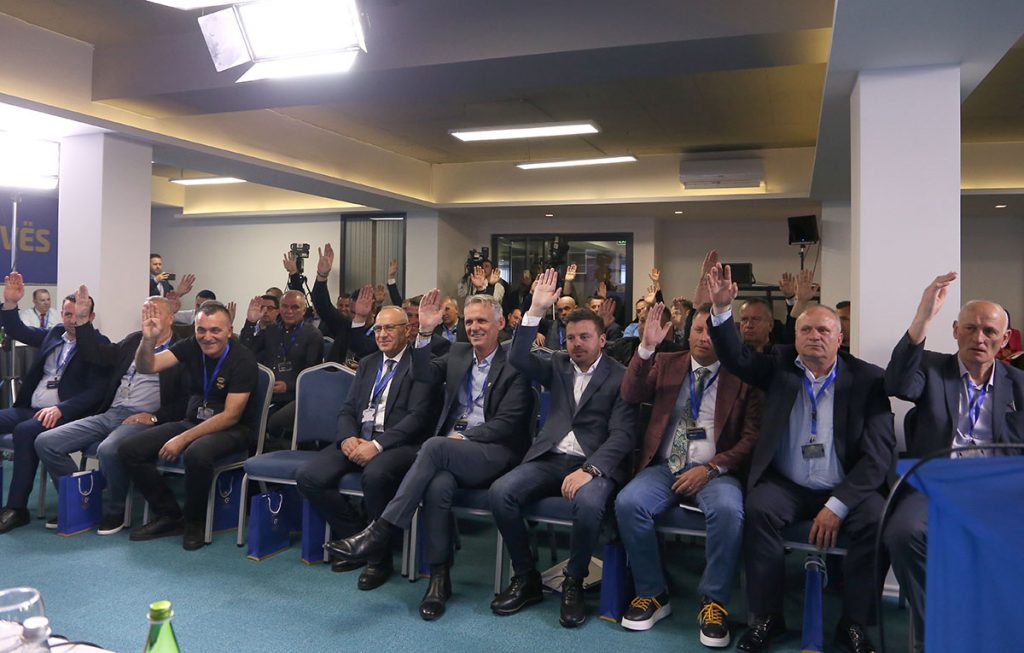 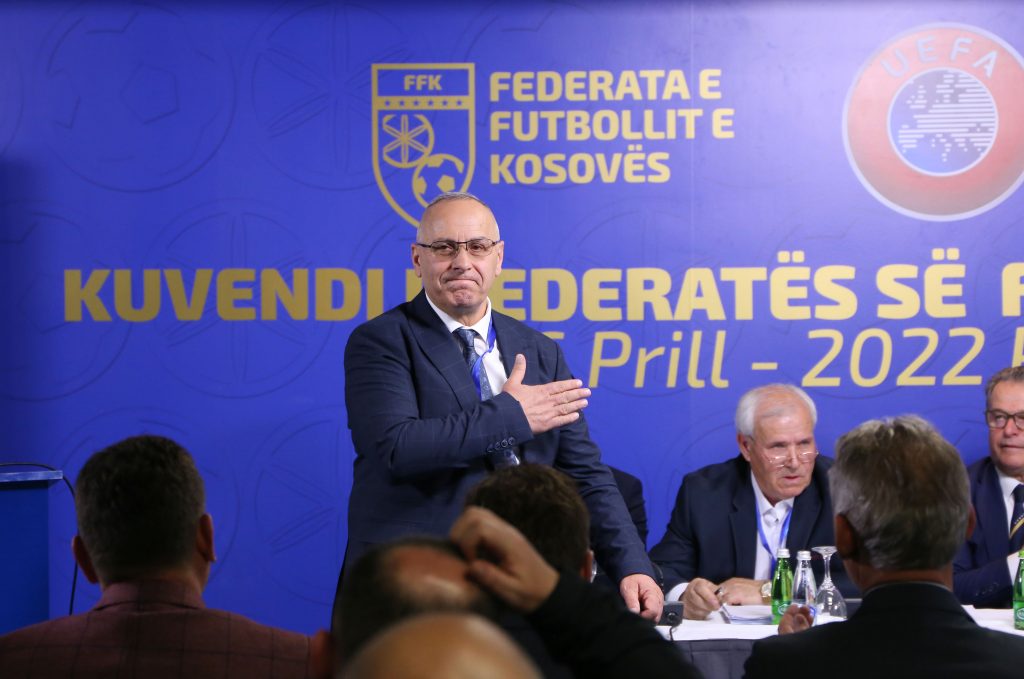 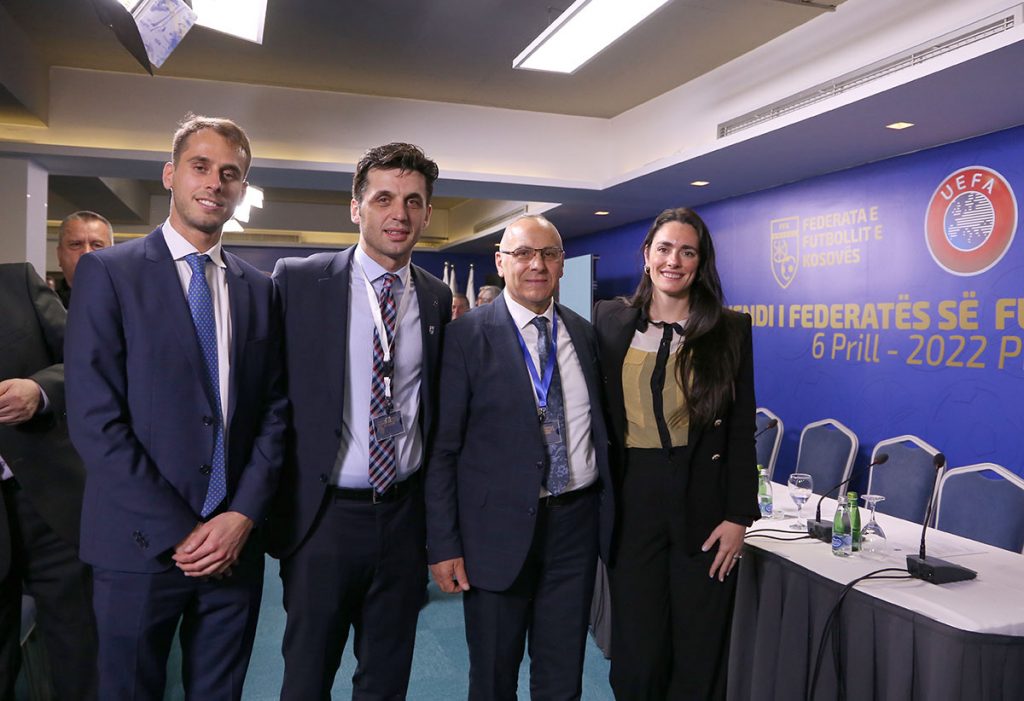 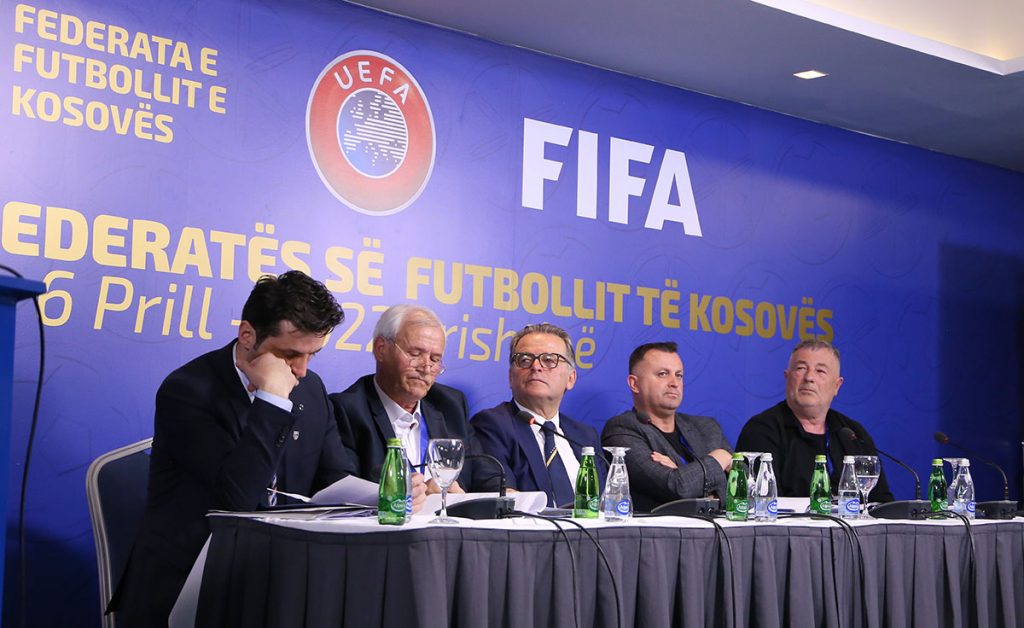 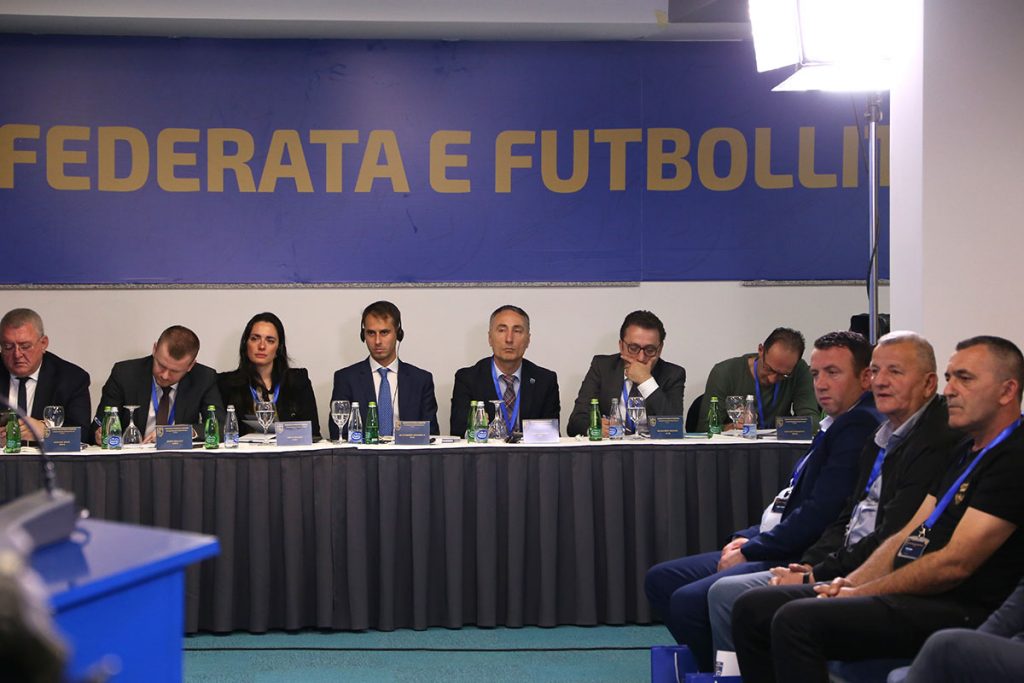 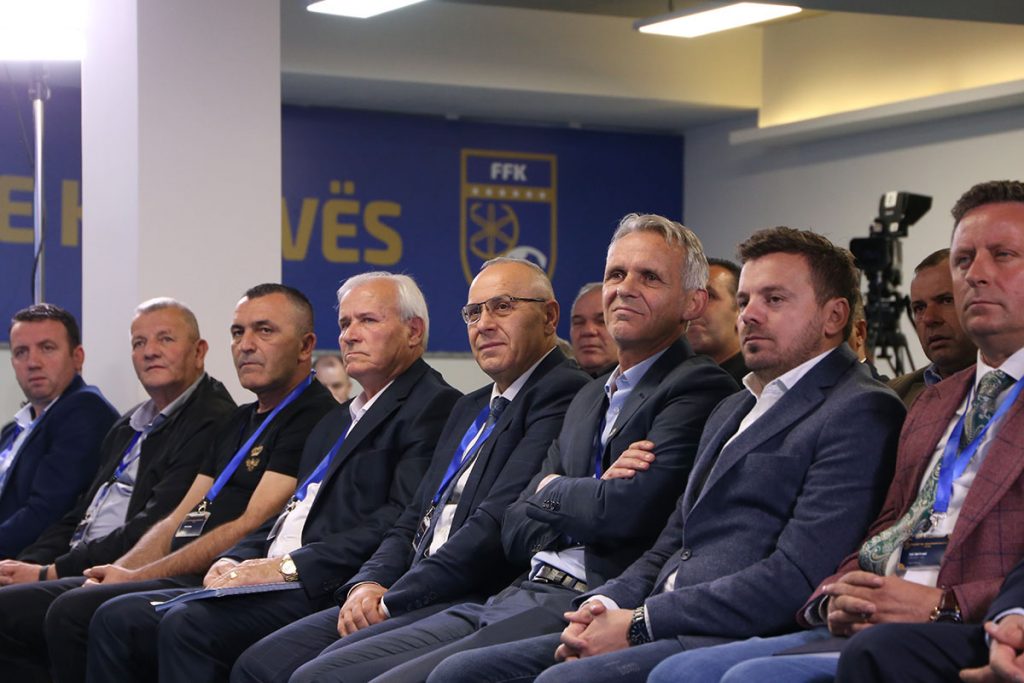 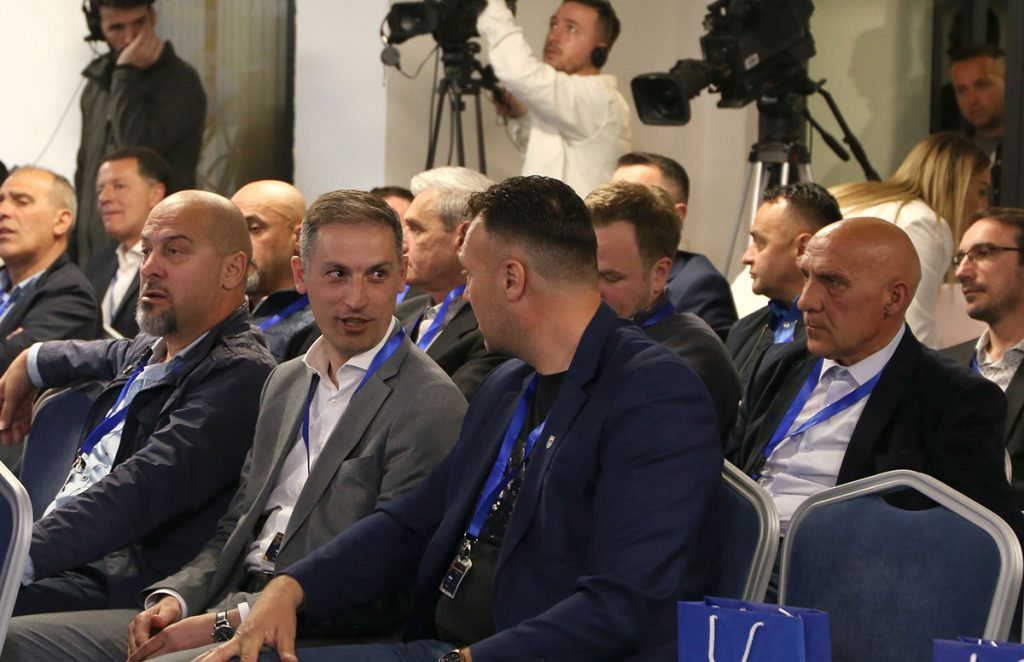 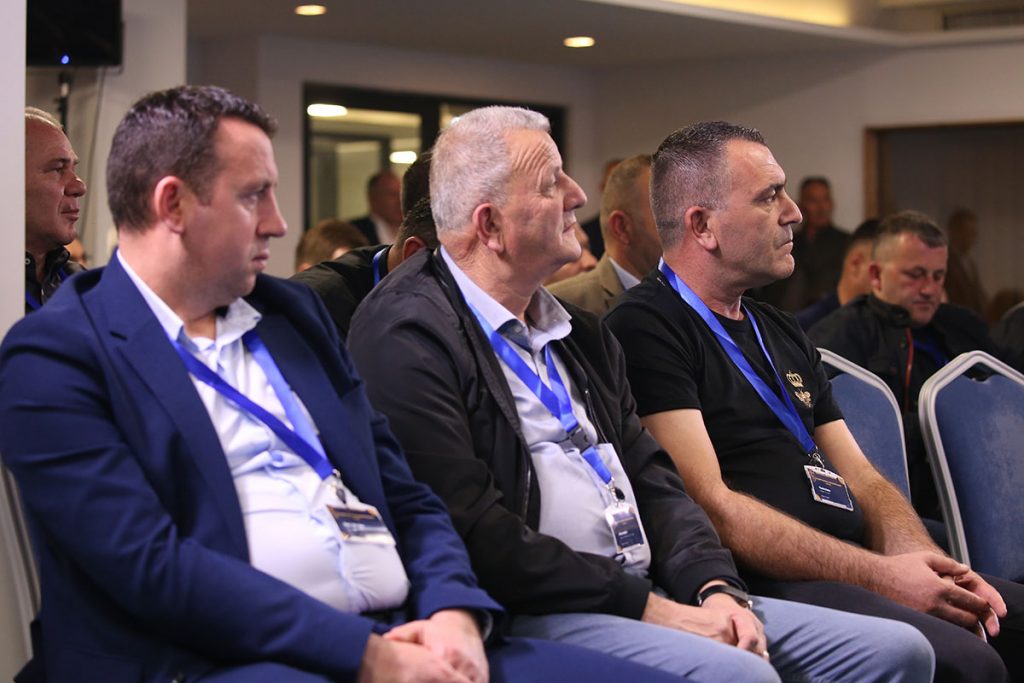 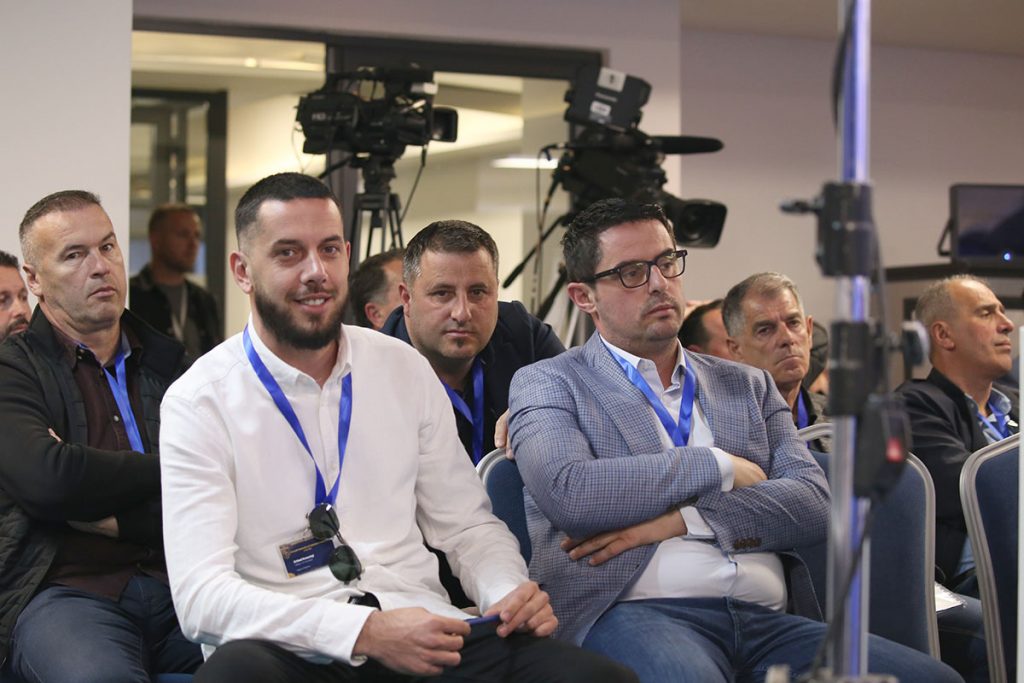 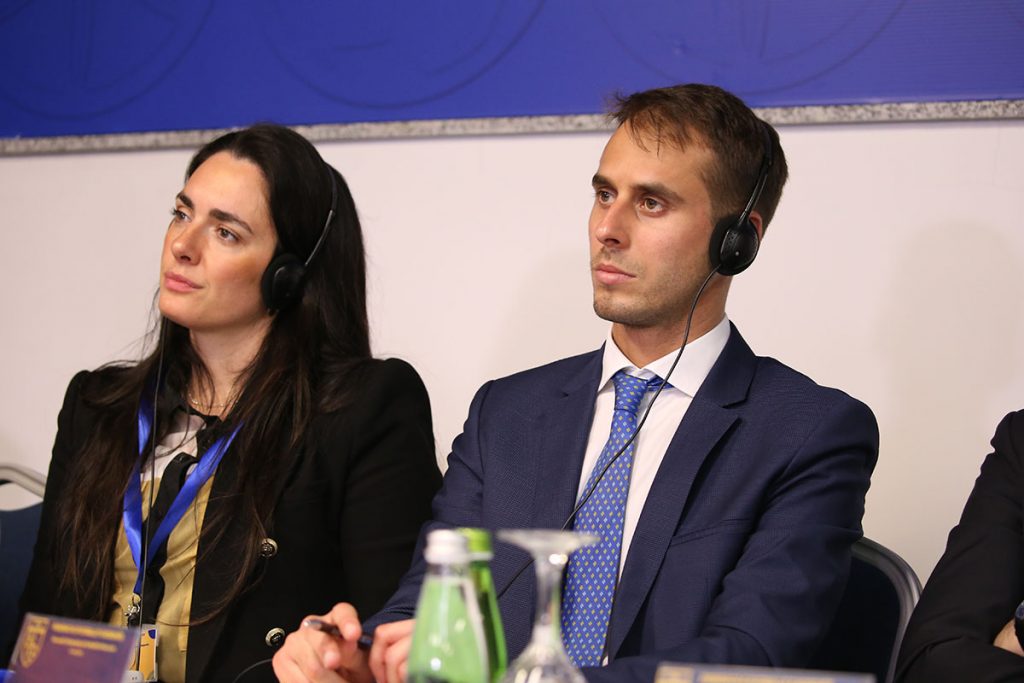 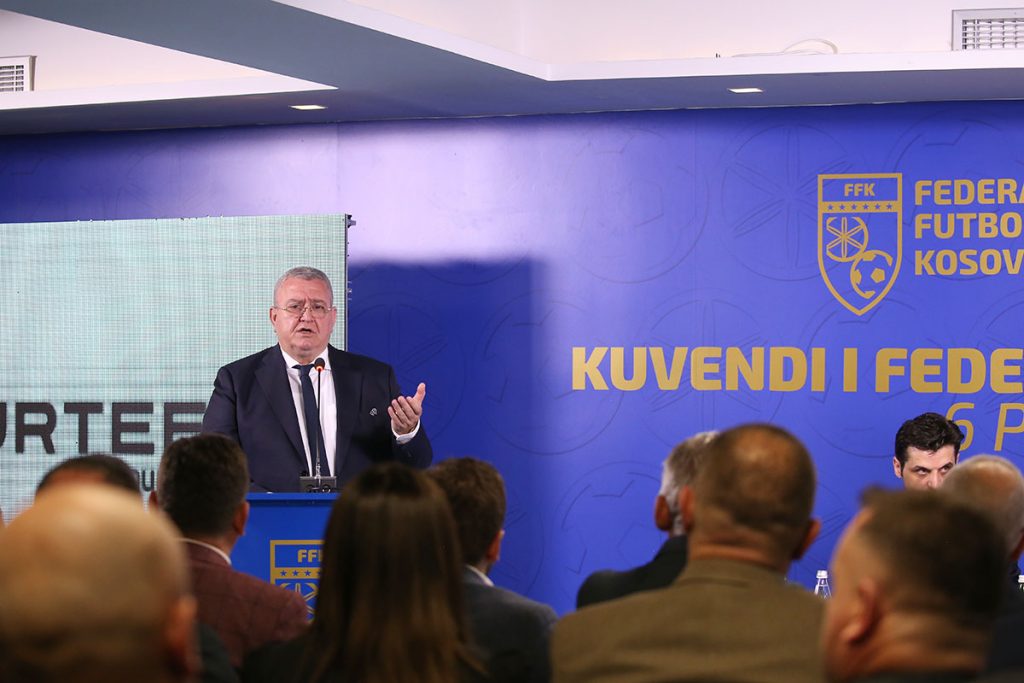 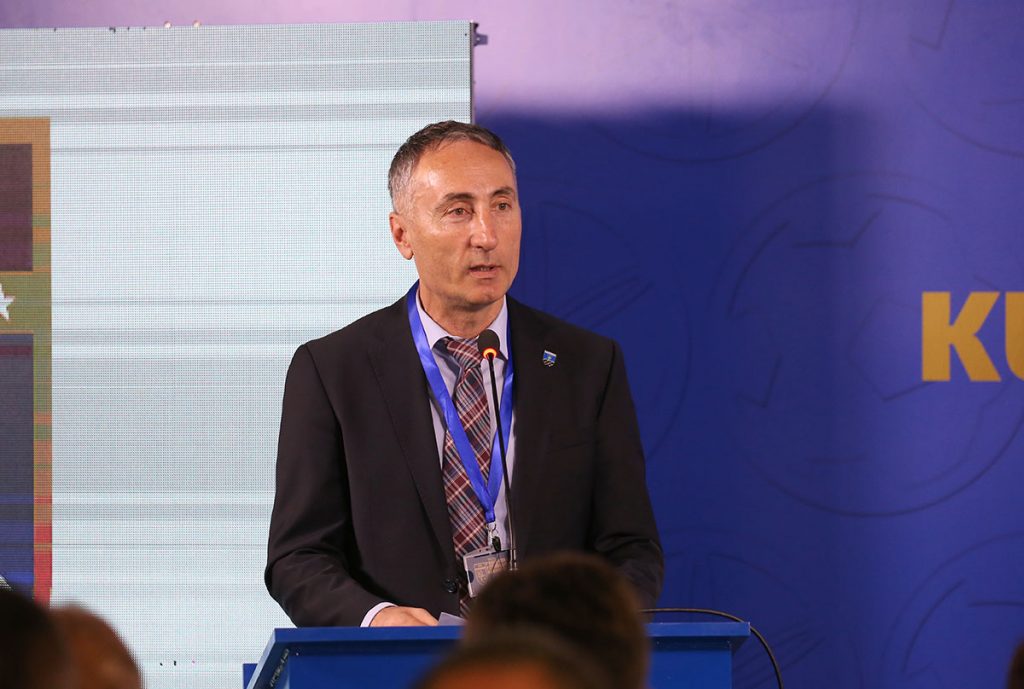 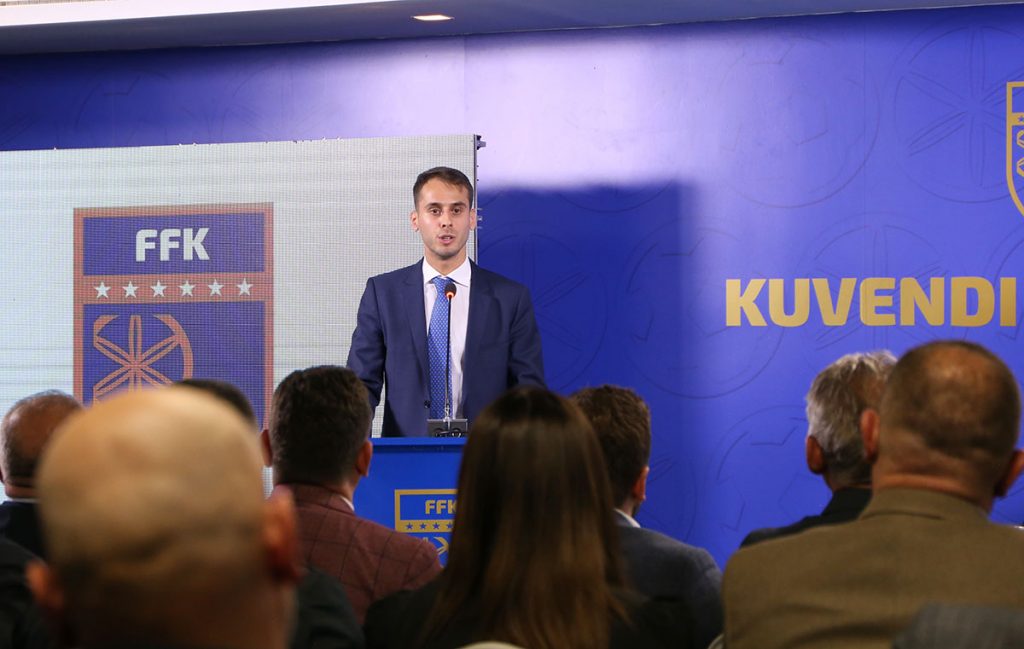 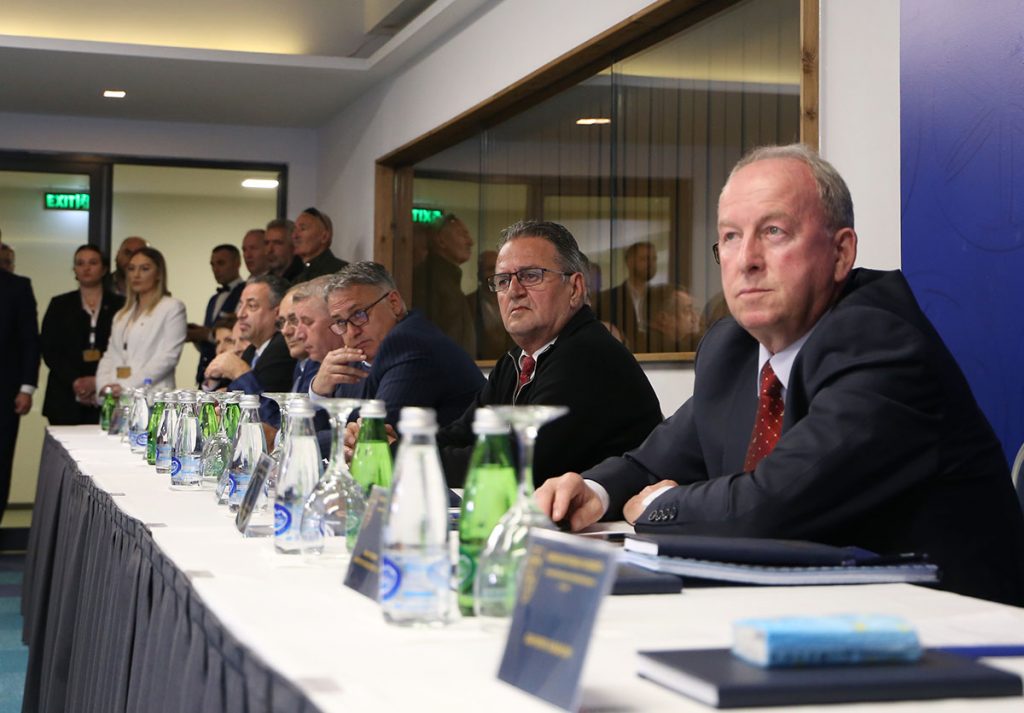 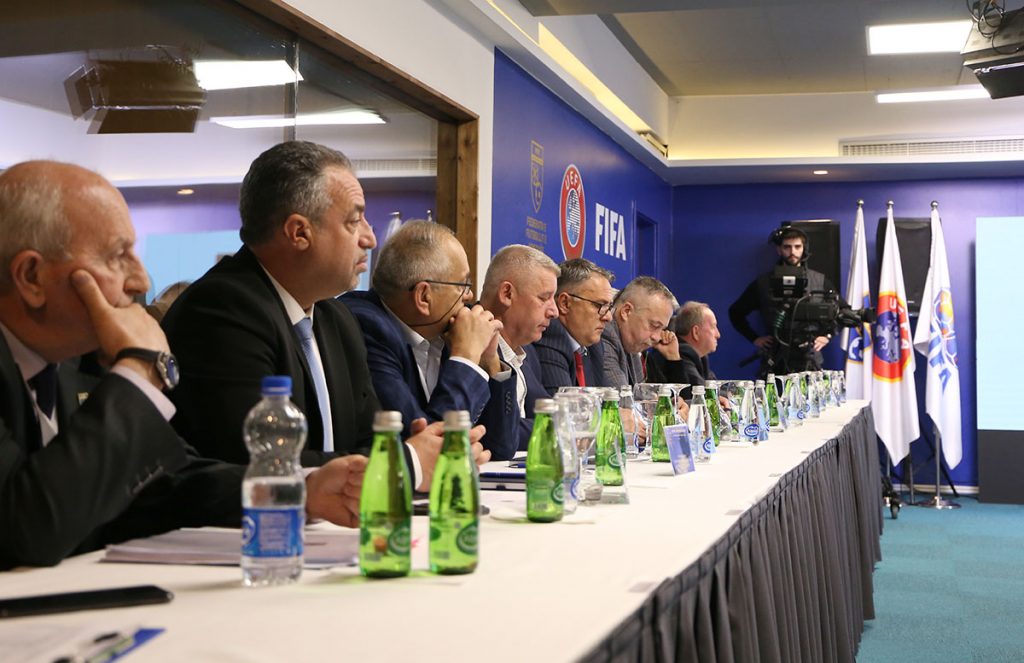 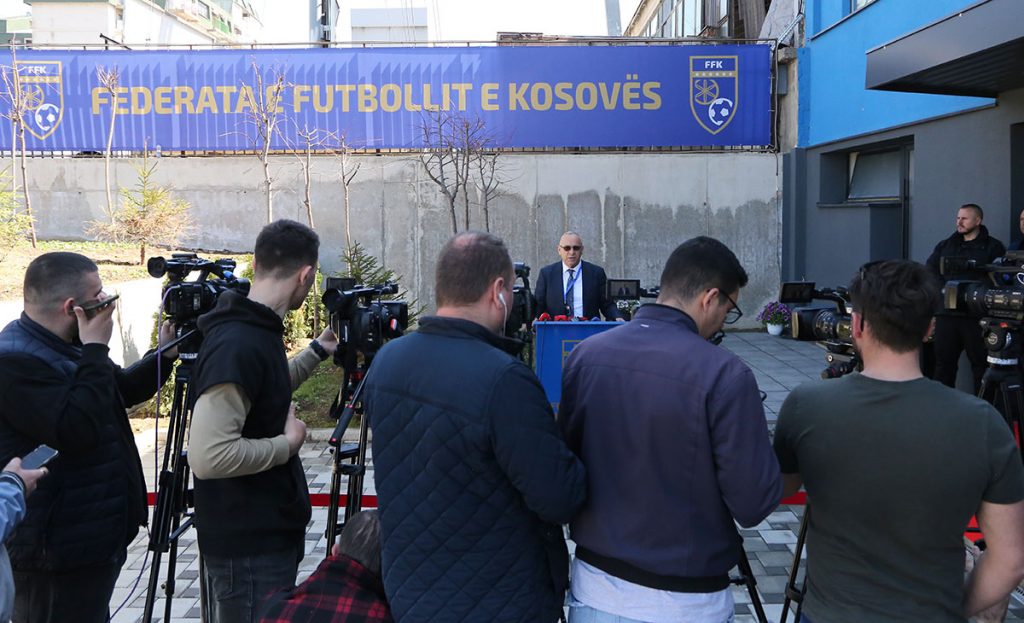