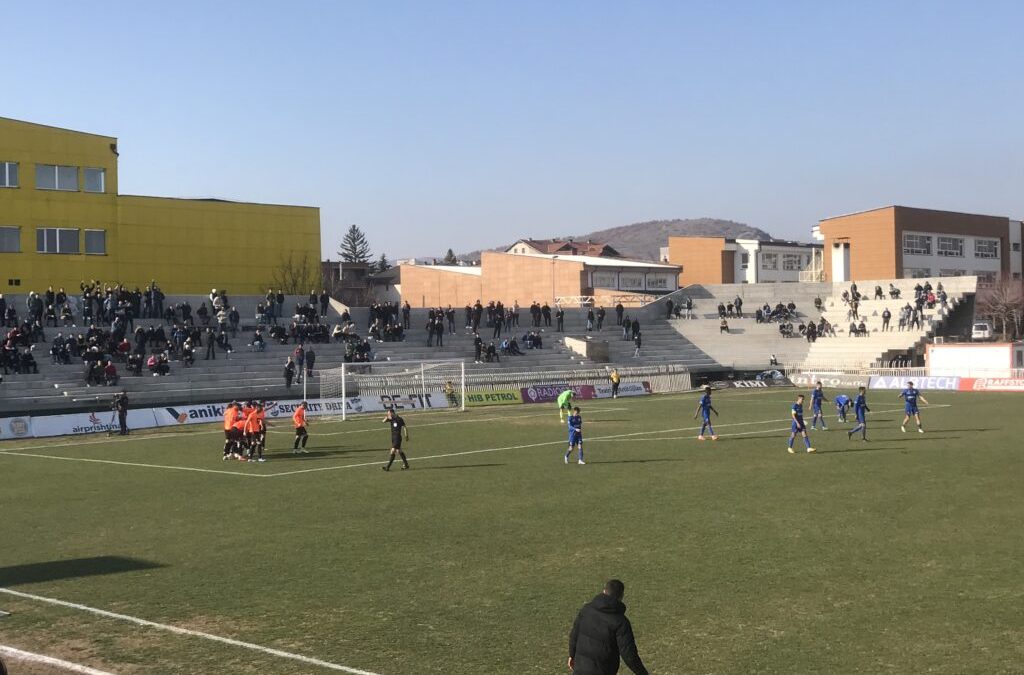 26 February 2022 – The first two matches of the 22nd week of BKT Super League of Kosovo in football were played today. The leader in the ranking, Ballkan, achieved an important win as a visitor team against one of the competitors in the race for title, Drita, with 1:0. Theophilus Solomon scored the only goal in the 70th minute assisted by the center-back, Bajram Jashanica. After this win, Ballkan reaches 45 points while Drita remains third with 41 points.

In the other match, Llapi triumphed before its fans in a match with Malisheva with 3:0. Two goals were scored by Valmir Veliu in the first half (28’ and 44’) and one by Arbnor Ramadani in the second half (84’). After this win, Llapi strengthens the fourth place with 39 points.