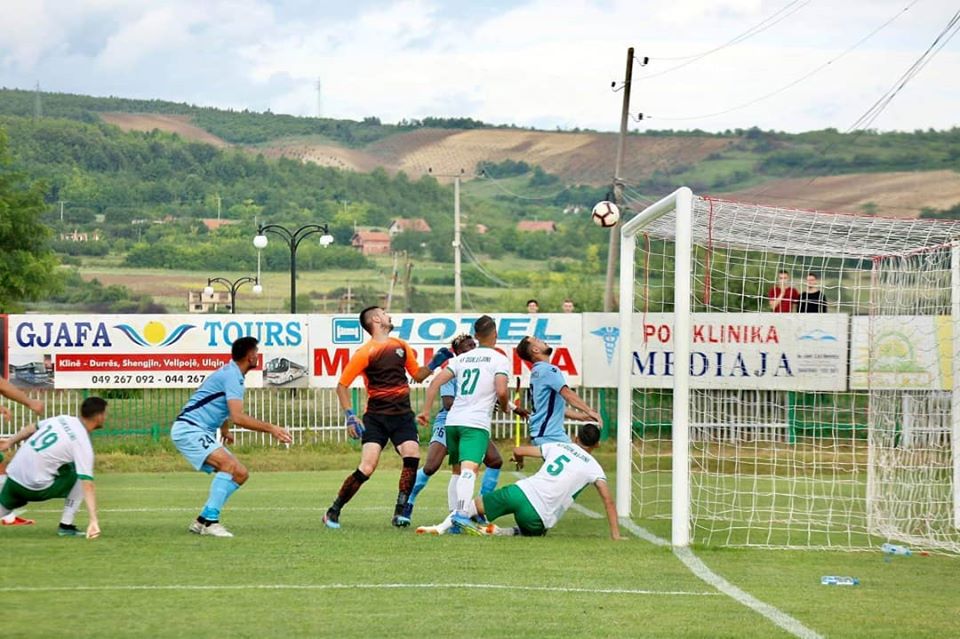 13 July 2020 – Four matches of 30th Week in IPKO Super League of Kosovo in football were played today. Ballkan marked a win as guests at “Rexhep Rexhepi” stadium in Drenas defeating Feronikeli with 1:0. The only goal for Ballkan was scored by Blend Baftiu in the 33rd minute. With this win, the orange team from Suhareka continues strongly the race for title as it has only three points less than Drita, a team which will face exactly in the last week of the championship. A surprise of this week was prepared by the team that has said goodbye to the elite with regards to the next edition, Dukagjini, that defeated Trepça’89, with 3:2, making it more difficult for the team from Mitrovica in the race for survival. Goals for Dukagjini were scored by Arbër Shala (11’), Abu Kamra (73’) and Milot Avdyli (45+2’-own goal), whereas the goals for guests were scored by Muharrem Jashari (2’) and Milot Avdyli (13’). Meanwhile, Llap won in duel with Flamurtari, with 1:0, with the goal scored by Kastriot Selmani in the 59th minute. These three points make Llap to more relaxed in the last three editions of the championship.