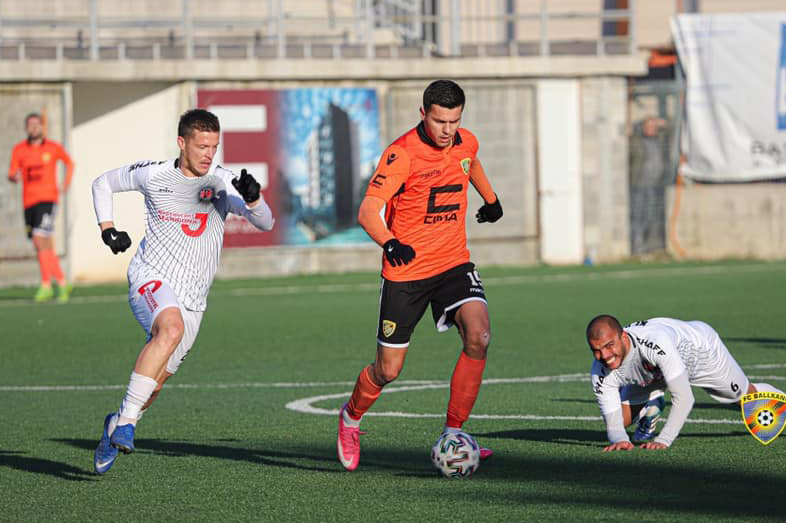 30 November 2020 – The 15th week in the Super League of Kosovo in football ended with the two matches played today. The leading team in the ranking, Ballkan, achieved the next win defeating Arberia in Suhareka with 2: 1. For the orange-and-black team this was the 11th win in this edition, namely, the third in a row. Goals for Ballkan were scored by Blend Baftiu in the 8th minute and Mirlind Daku in the 35th minute, while the only goal for Arbnor Morina’s team was scored by Kreshnik Bahtiri in the 45th minute. In the other match that was played today, Llapi scored a victory as a guest at Bajram Aliu stadium in Skenderaj, defeating Drenica with 1: 0. Llapi achieved this win with the goal scored by Arbnor Ramadani in the 89th minute. Meanwhile, the other three matches were played on Saturday and Sunday. As expected, the derby between Gjilan and Drita, although in the absence of fans due to the pandemic, produced a good game, great emotions and a dramatic end, where in the end, Drita won by reversing the score to 3: 2. Gjilan took the lead in the 7th minute with Darko Nikaç’s goal. The numbers were equalized by Hamdi Namani in the 26th minute, but Nikaç came on stage again in the 40th minute, restoring the advantage of Gjilan to 2: 1. This score remained unchanged until the 89th minute, when the extraordinary reversal occurred. Initially, Astrit Fazliu scored to 2: 2, and before a full minute passed, Betim Haxhimusa scored the winning goal for Drita, sealing the final score to 2: 3. Feronikeli achieved a victory in front of its fans, defeating Trepça’89 with 2: 0, while Prishtina won as a guest of Besa with the same score.