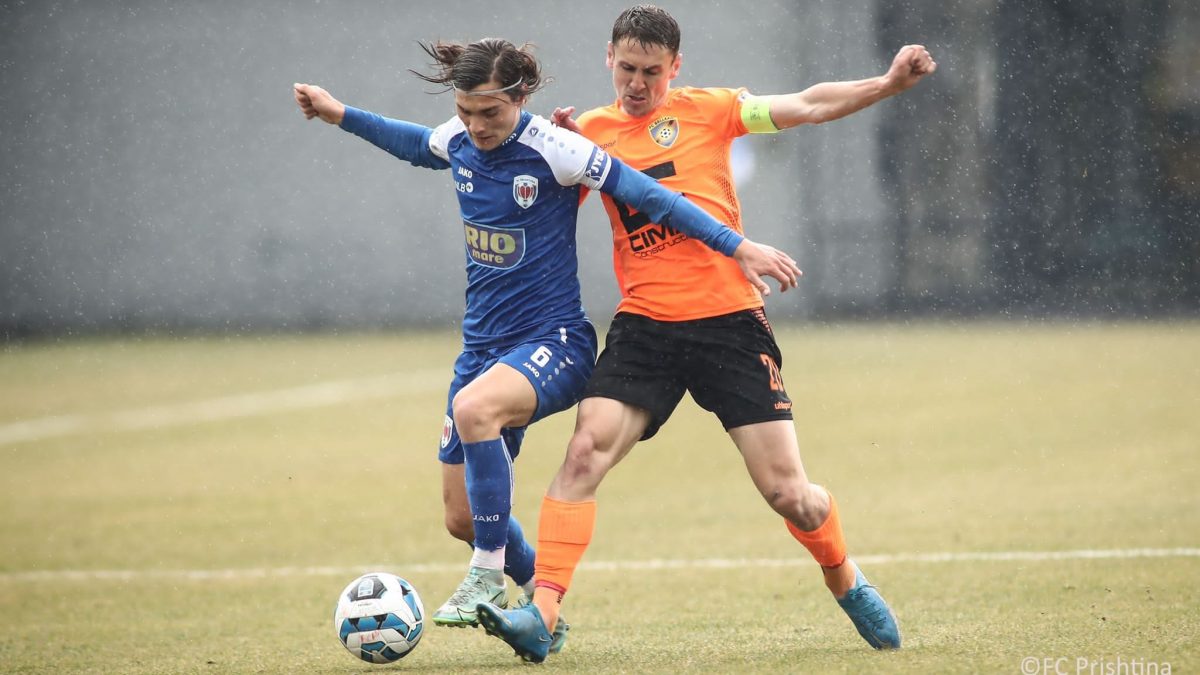 20 February 2022 – The last three matches of the 20th week in the BKT Super League of Kosovo in football were played today. Ballkan won as a visitor in this week’s derby against Prishtina. The match played at Zahir Pajaziti stadium in Podujeva was closed with 2: 0 for the team from Suhareka. This win enabled Ballkan to climb to the first place with 39 points, as much as Gjilan has in the second place. Both goals were scored by the team led by the coach Ilir Daja in the extra minutes. Ermal Krasniqi scored from the penalty spot and then Mevlan Zeka set the final score after a quick counterattack. Prishtina had the chance to score in the 57th minute but Besnik Krasniqi was not accurate from the penalty spot. Both teams closed the match with one player less on the field after the exclusion of Lumbardh Dellova (56 ‘), and Otto John (70’).

Meanwhile, Gjilan marked the expected win in duel with Feronikeli at Rexhep Rexhepi stadium with 3: 1. Blerim Krasniqi (9 ‘), Arbër Prekazi (80’) and Edison Kqiku (82 ‘) scored for Gjilan while the goal of honour for Feronikeli, which appeared in this match with juniors, was scored by Ibrahim Cervadiku.

Important win was also scored by Drenica that defeated Dukagjini in Klina with 2: 1. Skenderaj’s red and blacks scored both goals in the first half through Baton Zabërgja (5 ‘) and Armend Abazi (44’). Meanwhile, the only goal for Dukagjini was scored by Donart Hasanaj.