Ballina > Womens National Team U19 > Dardanians U19 defeat Kazakhstan too 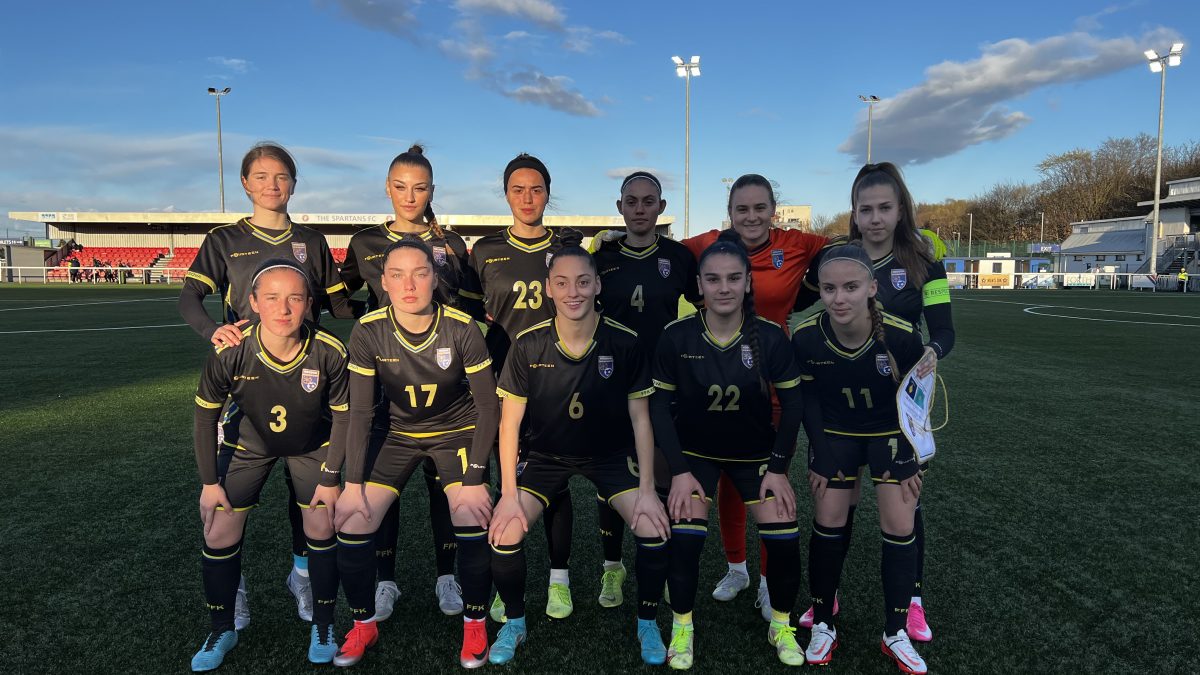 8 April 2022 – The Kosovo U19 National Team in the girls’ competition won in the second match within the second round of qualifications for this year’s European Championship. After the win against Estonia, the young Dardanians, on Friday evening, in Edinburgh, defeated Kazakhstan with 2: 1 within Group 4 in League B.

Alketa Rama gave Kosovo the lead in the 15th minute while six minutes before the end of the first half, the Kazakhs equalized with Nursulu Blazhan’s goal.

However, in the second half, Kushtrim Munish’s team managed to score the winning goal through Fortesa Berisha in the 66th minute, after many chances. Scotland also has two wins, which is the next opponent of the Dardanians with whom they will play on Monday, 11th April. The team that wins Group 4 of League B secures promotion to League A for the next draw of the qualifying round. European qualification can only be achieved through League A.