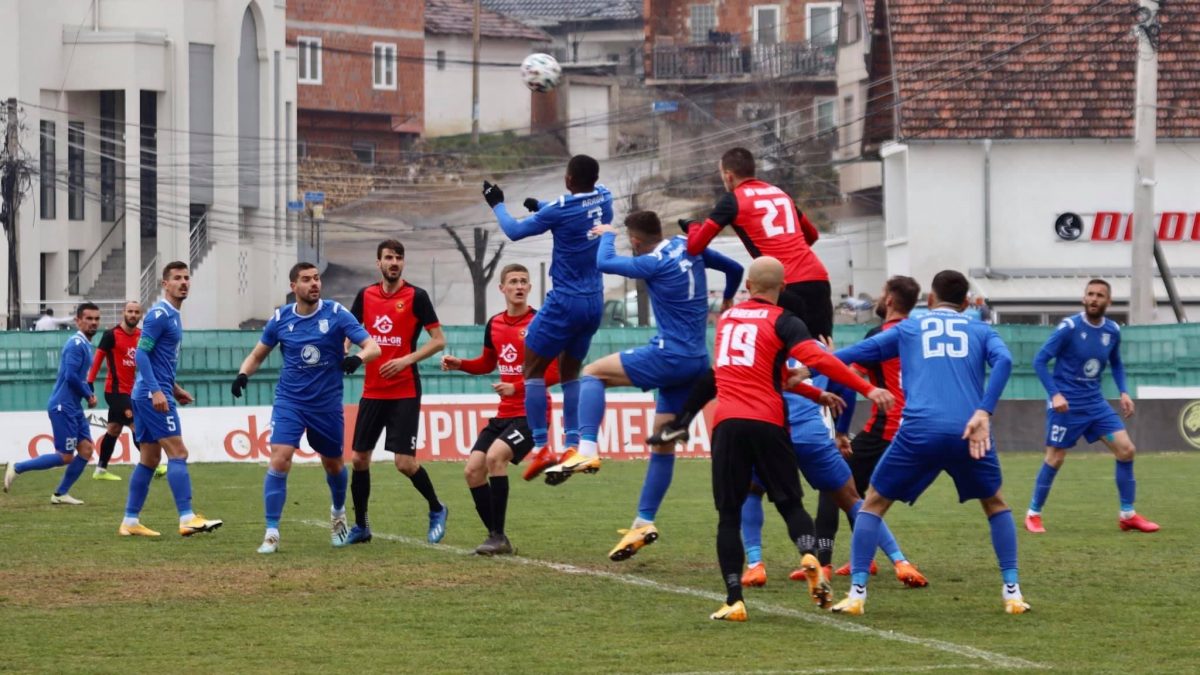 Drenica collects one point against the champion, Besa surprises Feronikeli

20 March 2021 – The team that is fighting for survival in the elite, Drenica, collected an important point in Gjilan, equalizing with the reigning champion team and the leader of the ranking, Drita, with 1: 1. This draw enables the other two contending teams for the title, to reduce the stalemate with Drita.

Gjilan took the lead first with a goal scored by Bujar Shabani from a distance in the 29th minute. However, three minutes before the teams went to the break, the balance in the score was set by Baton Zabërgja, with the goal scored from inside the area after the assist of Kreshnik Uka.

Meanwhile, the last team in the ranking, Besa, surprised Feronikeli bu defeating them with 2: 1. Both goals for Pejans were scored by Ardit Tahiri (15 ‘, 39’), while the temporary equalizer for Feronikeli was scored by Marko Simonovski.

No winners in Suhareka and Skenderaj, Gjilan achieves first win in spring