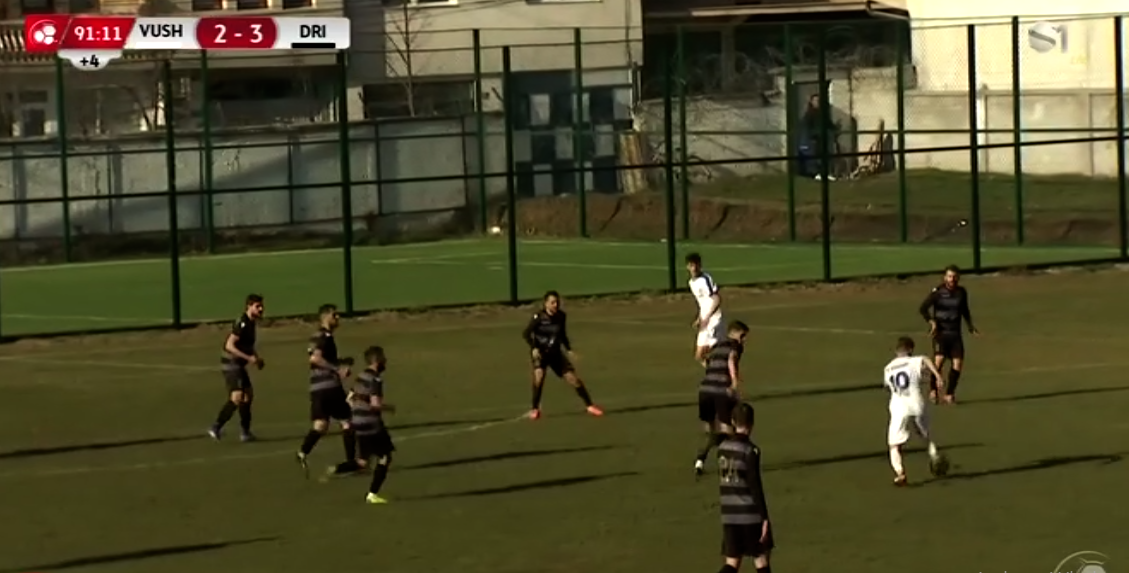 21 February 2020 – The opening match of Week 19 of IPKO Super League of Kosovo in football was played today where Drita marked a win as guest at “Ferki Aliu” stadium in Vushtrri by defeating Vushtrri with 3:2. For Drita this was the second win in the spring edition as in the last week it triumphed in the derby against Gjilan. The match began with a minute of silence in honor of the former football player from Mitrovica, Gëzim Kaçaniku, who passed away.
The scored was unblocked in the 18th minute when Izair Emini scored by head. Vushtrri equalized in the 31st minute with Drilon Fazliu’s goal. However, four minutes later, Drita returned the lead with Erjon Vucaj’s goal from a long distance. Few minutes later, Drilon Fazliu scored from a free kick but the goal was cancelled by the referee, Genc Nuza. Nevertheless, Vushtrri managed to equalize the score in the second half, when Ahmeti scored in the 62nd minute to 2:2. The hosts joy lasted only ten minutes when Kastriot Rexha scored to increase Drita’s third lead in this match which in the end it turned to be the winning goal.

Dardans win the tournament in Italy without defeat