Home > Main News > Drita shines in Skopje, qualifies for the third round of the Europa League 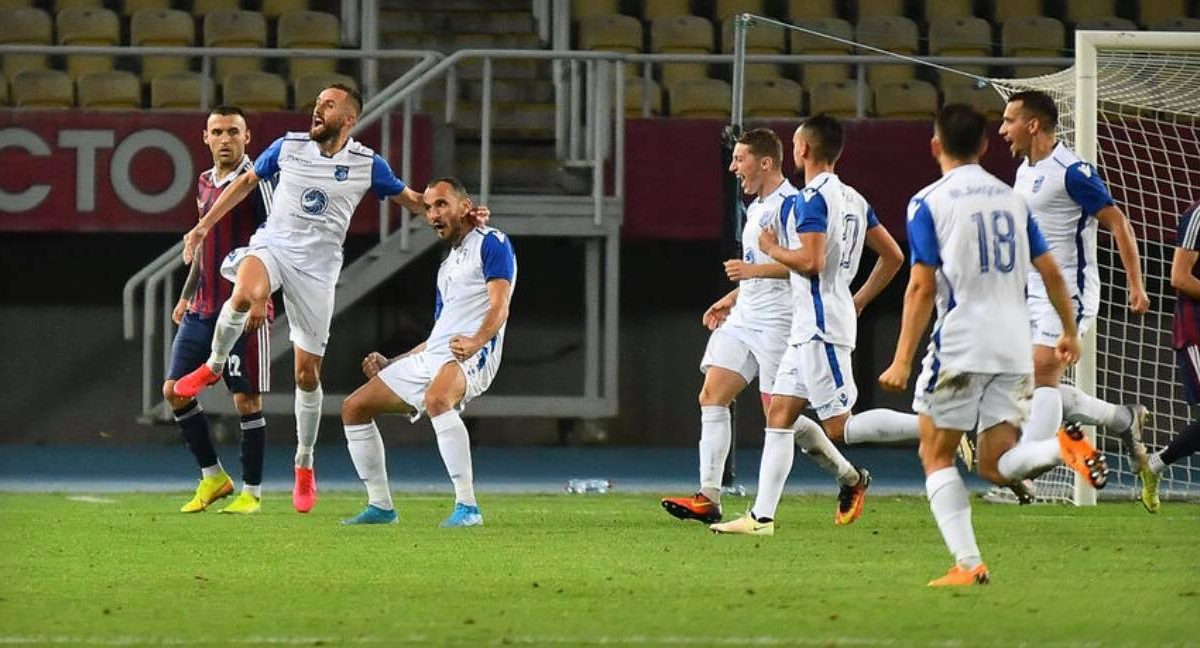 17 September 2020 – An extraordinary Drita at the ‘Tose Proeski Arena’ in Skopje. Our champion received the ticket for the third round of the Europa League after defeating the Macedonian team Sileks, with 2: 0.

An impressive performance of Drita footballers for the historical success of the Kosovar club and football in European competitions, because Kosovo will have for the first time a team in the third round of the second most important competition in the European football.

Drita proved to be a better team throughout the match and miraculously managed the game. However, the leading goal came in the 48th minute when Fidan Gërbeshi scored calmly from the penalty as Hamdi Namani was previously stopped unfairly inside the penalty area.

Meanwhile, the goal of calm for Gjilanis came in the 80th minute after an excellent action, which was finalized by Ardian Limani who sealed the final score to 2: 0. In the third round, the champion team of Kosovo will face the well-known Polish team, Legia, a match which will take place next midweek in Warsaw.

For this historic success, FC Drita was also congratulated by the FFK President, Agim Ademi through a message, in which he wrote, among other things:

“A spectacular evening of Drita in the Europa League. Our champion shone in the ‘Tose Proeski Arena’. The goals of Fidan Gërbeshi and Ardian Limani gave emotions tonight not only to the “Intellectuals” but also to the entire football community in Kosovo and everywhere where Albanians live thus sealed the greatest success so far of the club from Gjilan, but also of Kosovar football as a whole, in European competitions.

The game of Drita football players and the passage to the third round of this competition proves that we are walking on the right path of raising Kosovo football at all levels.

“I deeply believe that we will celebrate next month in this stadium with the National Team in the semi-finals of the “play-off” and we will be closer to qualifying for the European Championship!”