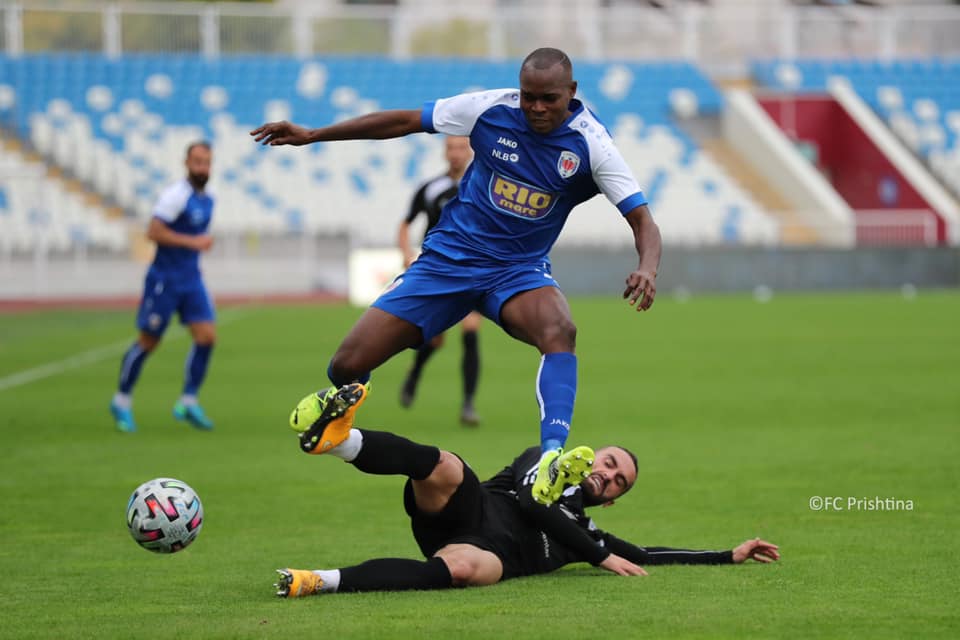 30 September 2021 – The last two matches within the 7th week in the BKT Super League of Kosovo in football were played today. Dukagjini achieved its first win in this edition, defeating Drita with 2: 1 in Klina. The team from Klina came to this win with an overthrow of the score. Guests were the ones who unlocked the score with Almir Ajzeraj’s goal in the 39th minute. The numbers were equalized by Ahmed Januzi in the 49th minute, while the winning goal for Dukagjini was scored by Henry Chibueze in the 87th minute. The home team played with one player less from the 60th minute as Elton Basri was excluded with a red card. With this win, Dukagjini climbs to the eighth place with 6 points, while Drita falls to the fifth place after the second loss in a row, with 11 points.

Meanwhile, Prishtina did not manage to win even in the third match as a host at Fadil Vokrri stadium. The reigning champions have equalized this week with the penultimate team in the ranking, Ulpiana, with 1: 1. Ulpiana took the lead first with the goal scored by Ermir Rezi in the extra minutes of the first half, while the numbers were equalized by Leotrim Kryeziu in the 64th minute. After this draw, Prishtina remains in the 6th place with 9 points.

Kosovo U21 losses to the Czech Republic