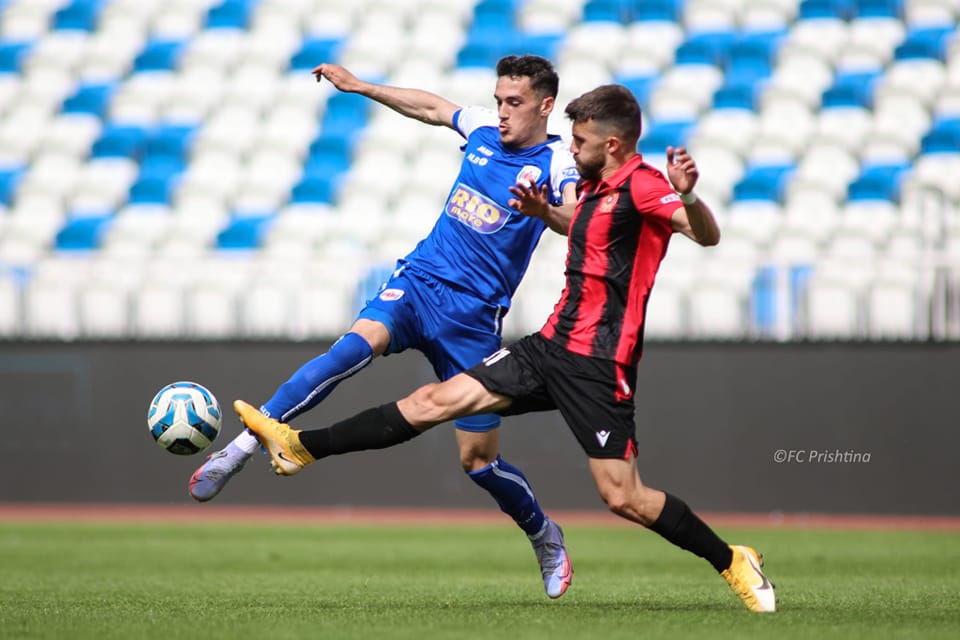 24 April 2022 – Dukagjini collected three very important points in the race to ensure remaining in the elite. The team led by Armend Dallku defeated the leader of the ranking, Gjilan with a result of 2: 0 on Sunday at the 18 Qershori stadium in Klina, thus diminishing their hopes for the title of champion. The hero of Dukagjini’s win was captain Altin Merlaku. He scored twice within three minutes. He scored the first goal in the 33rd minute, while the second in the 36th minute with an excellent shot from distance. This win keeps Dukagjini still in the eighth place but now with 36 points, as much as Drenica has in the seventh place. Meanwhile, Gjilan after this loss remains third with 55 points, as much as Drita has in the second place but lags even 9 points against the leader, Ballkan.

In the next match that was played at Fadil Vokrri stadium, there was no winner. Prishtina and Drita were tied 1: 1, collecting one point each. White-and-blues took the lead with the goal of Leotrim Kryeziu in the 37th minute after the cross of Besnik Krasniqi, while the red and blacks from Skenderaj equalized the numbers in the third minute of the extra time in the first half with the goal scored by Osman Mëziu. Prishtina remains fifth with 39 points, three more than Drenica.

Dukagjini gets a big win in Prishtina, Gjilan returns with a convincing victory