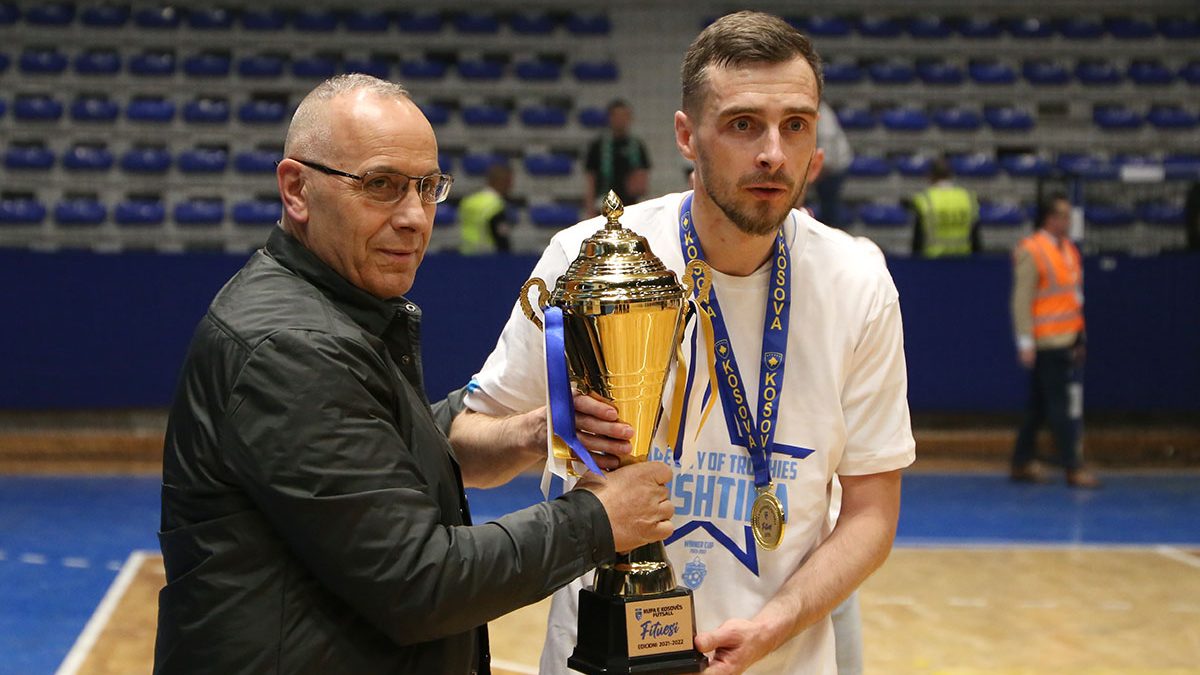 FC Prishtina winner of the Kosovo Cup in futsal

ffk 1 min read
4 May 2022 – FC Prishtina triumphed in the finals of the Kosovo Futsal Cup. In the match played on Wednesday at the Youth and Sports Palace in the capital, FC Prishtina defeated FC Liqeni from Drenas with 5: 2.
This final gave a very strong and quality game whereas it was attended by a considerable number of fans of both clubs.
In the first half, Prishtina was more efficient as they scored three goals through Driton Nishori (2 ‘) and Jeton Rukovci (10’ and 12 ‘). Meanwhile, Dardan Topilla scored twice for Liqeni (11 ‘and 15’).
In the second half, a very strong game took place where despite the constant pressure, Liqeni failed to find space in the tight defense of Prishtina to equalize the score.
Prishtina managed to score two more goals through counterattack by Fatlum Pishtani in the 33rd minute and Melos Kelmendi in the 39th minute thus confirming the win.

In the end, the trophy was handed over to the captain of FC Prishtina, Jeton Rukovci, by the President of FFK, Agim Ademi. 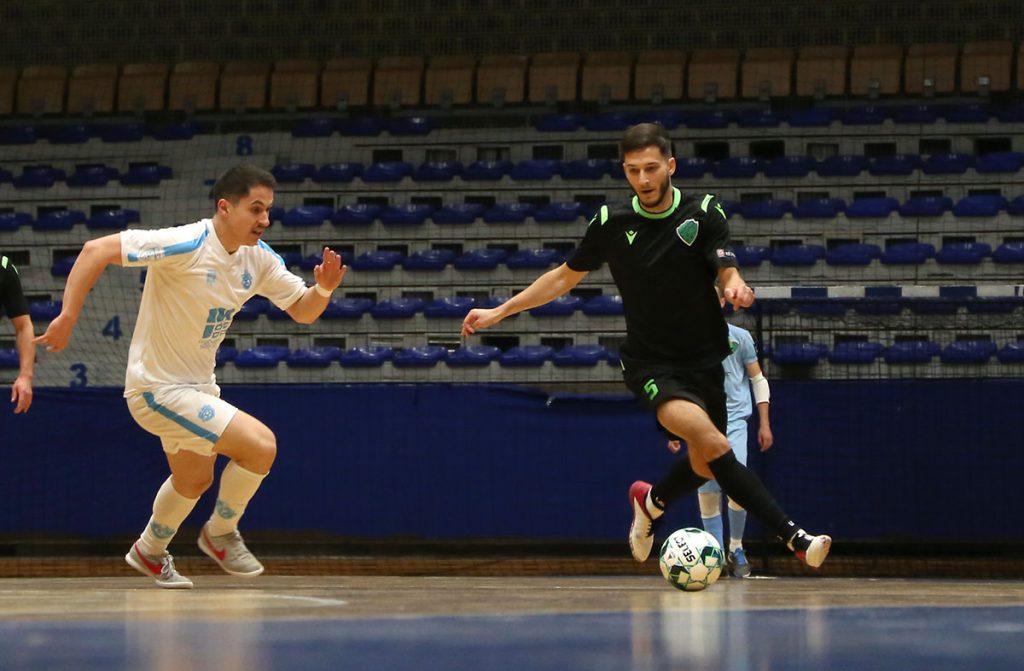 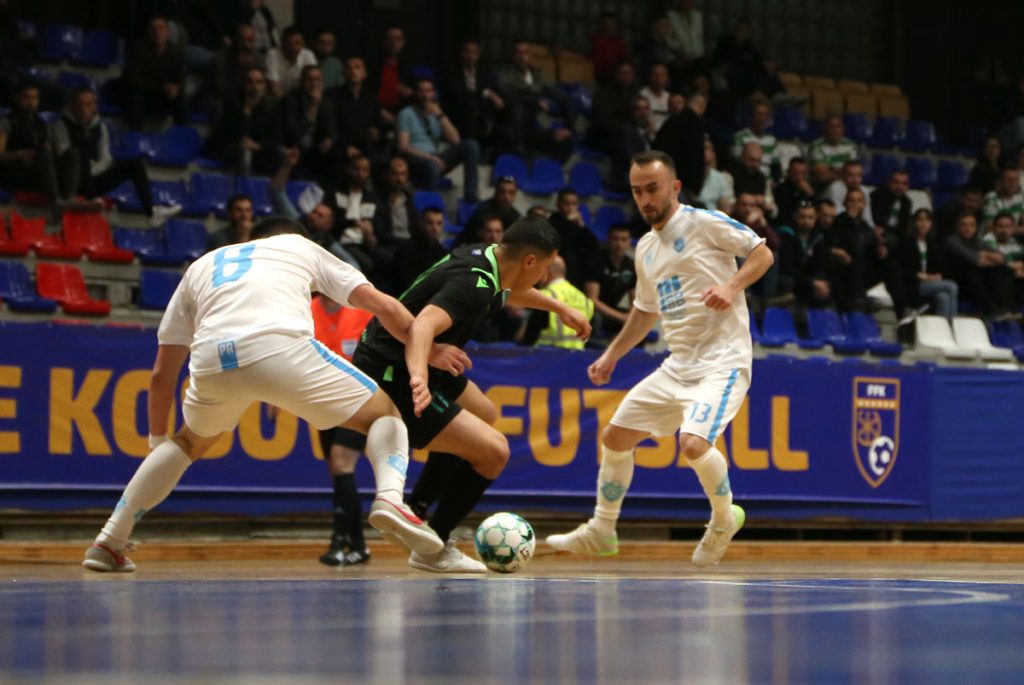 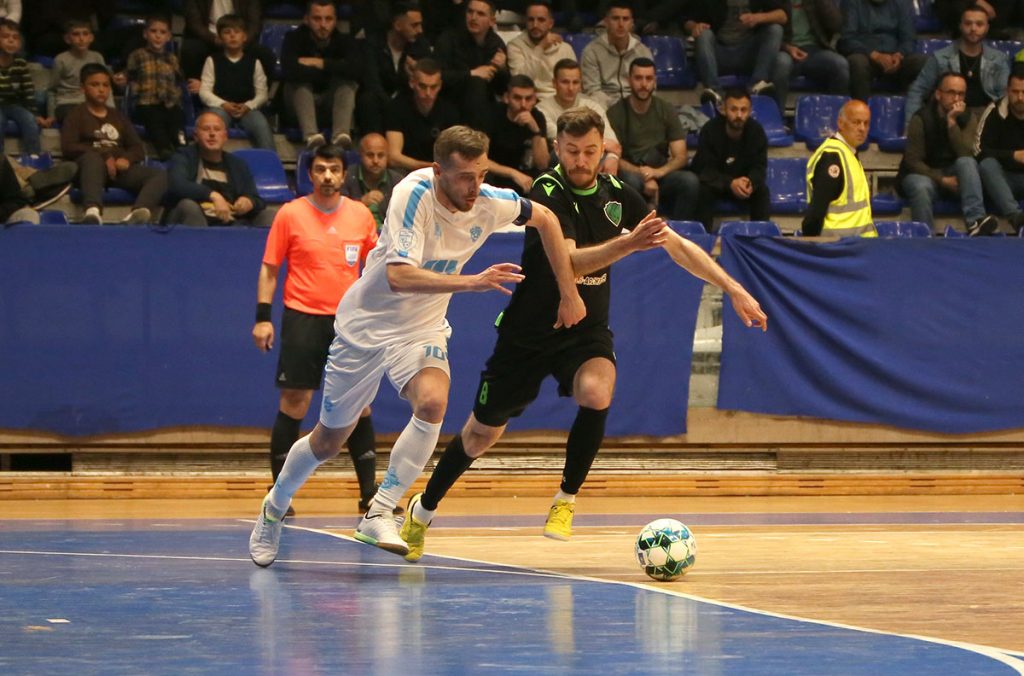 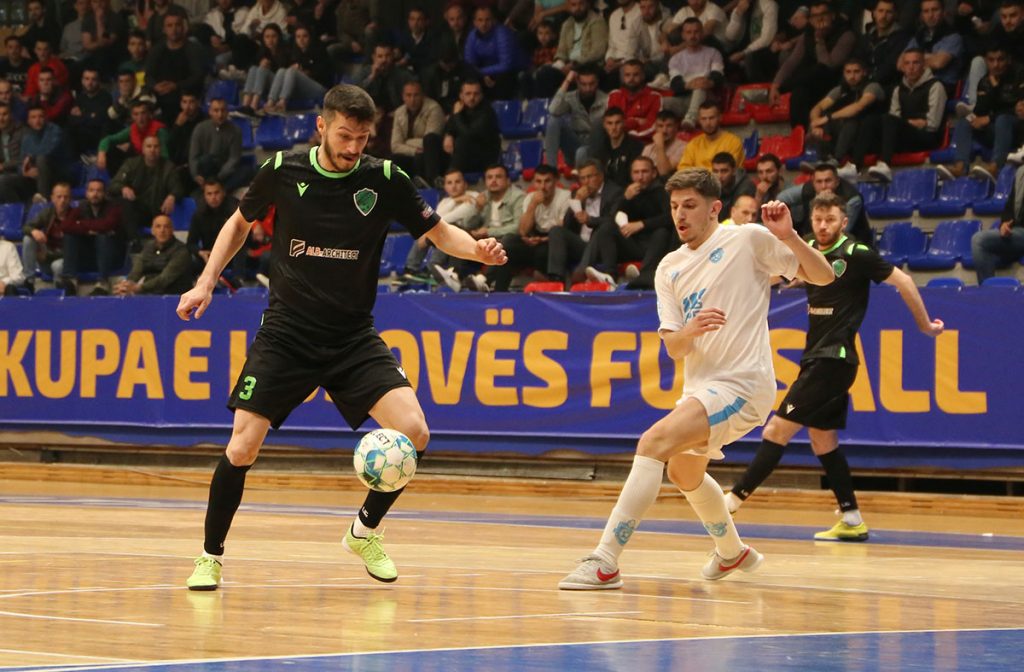 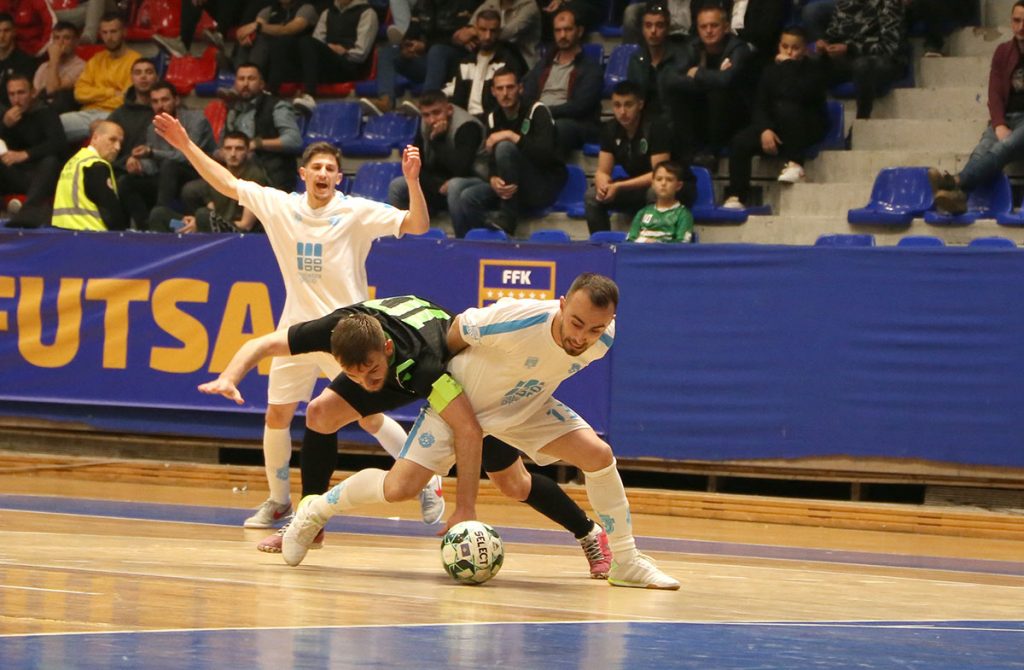 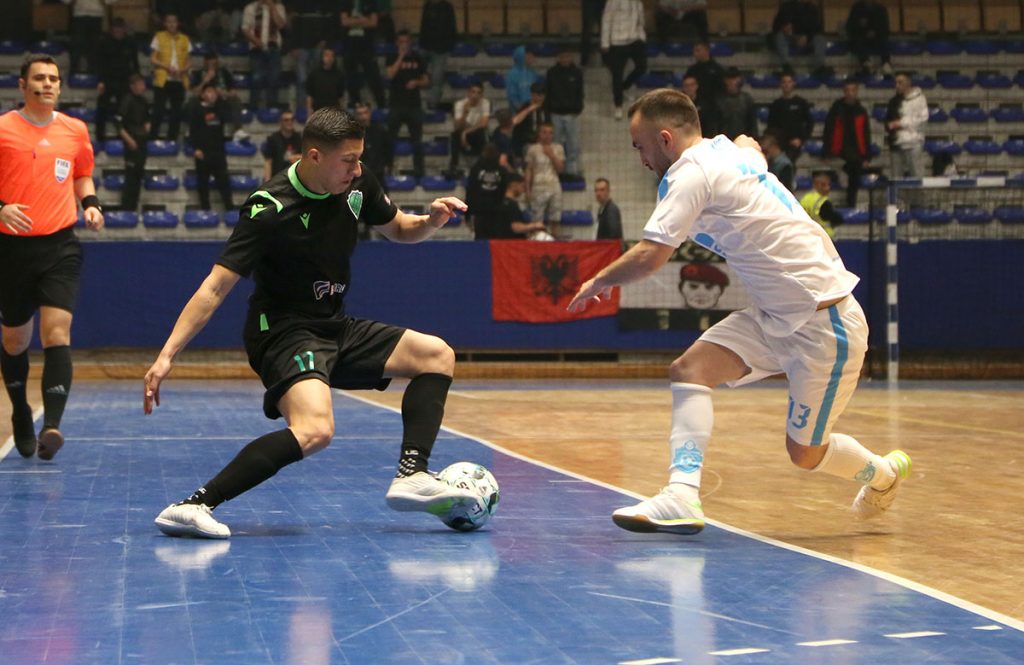 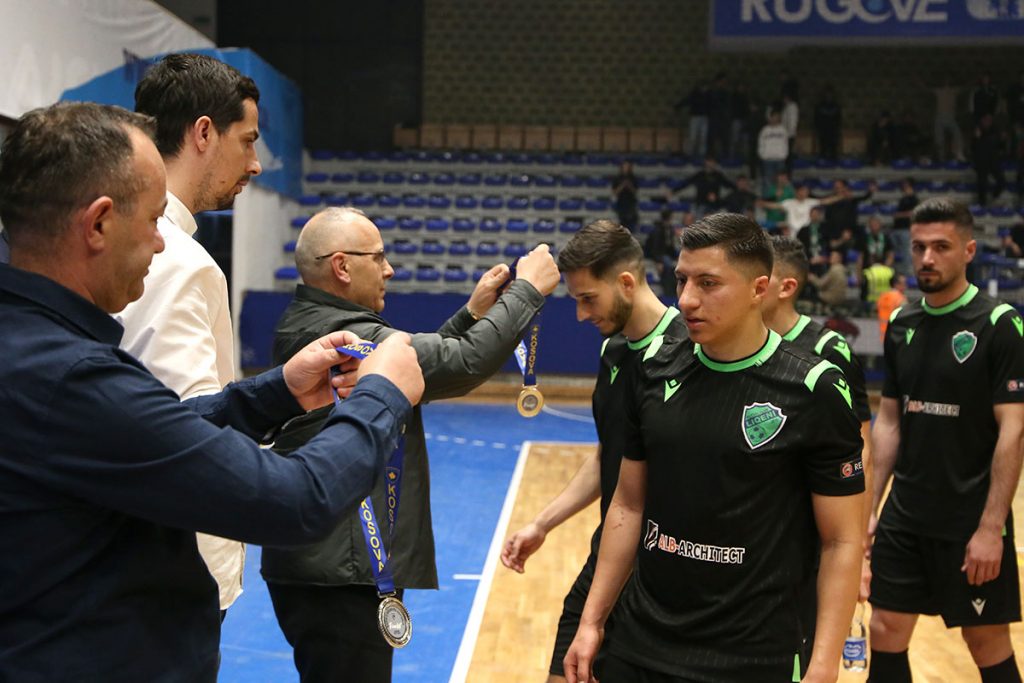