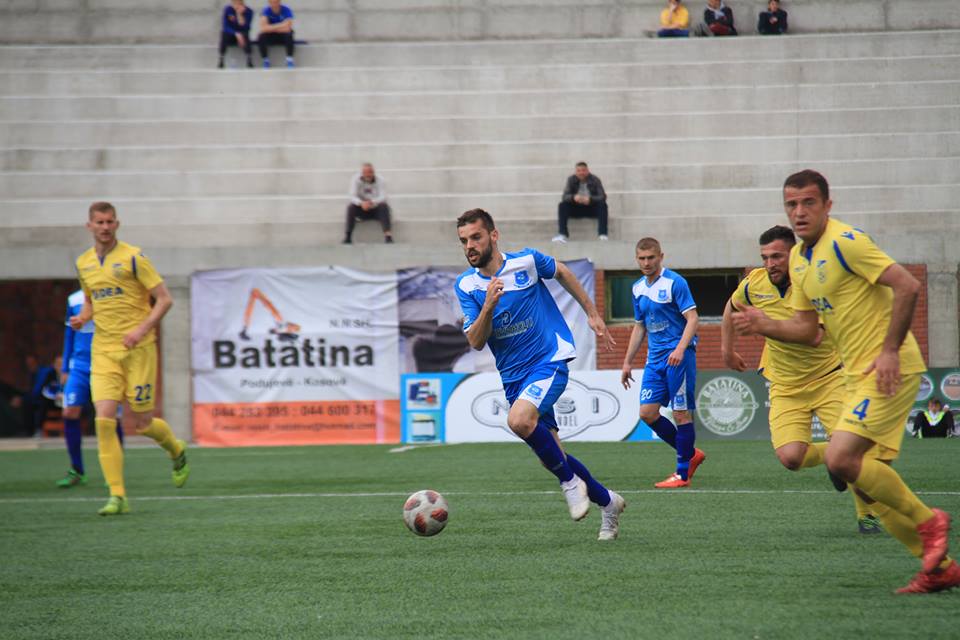 5 October 2019 – The Ferizaj Football Club scored a very significant win as guest in the opening match of 9th week of IPKO Super Liga. Ferizajans managed to defeat Llapi in the match that was played today at Zahir Pajaziti stadium with 4:2. Ferizaj unblocked the score already in the 3rd minute when Përparim Livoreka defeated the goalkeeper Bledar Hajdini. The lead to 2:0 was increased by Zgjim Mustafa. In the end of the first half Llapjans squeezed the guests’ lead with Mentor Zhdrella’s goal scored from penalty. Immediately when the second half started, Ferizajans scored again, this time through Benjamin Asani whereas Adonis Shala scored to 4:1in the 67th minute. Meanwhile, Llapjans scored the second goal in the 83rd minute when the goalkeeper Donat Kaçiu did not react properly after Behar Maliqi’s shot from distance. However, this goal did not change anything with regard to the epilogue of the match which was won by guests with merits.

Challandes: We have to defeat Montenegro to continue the dream