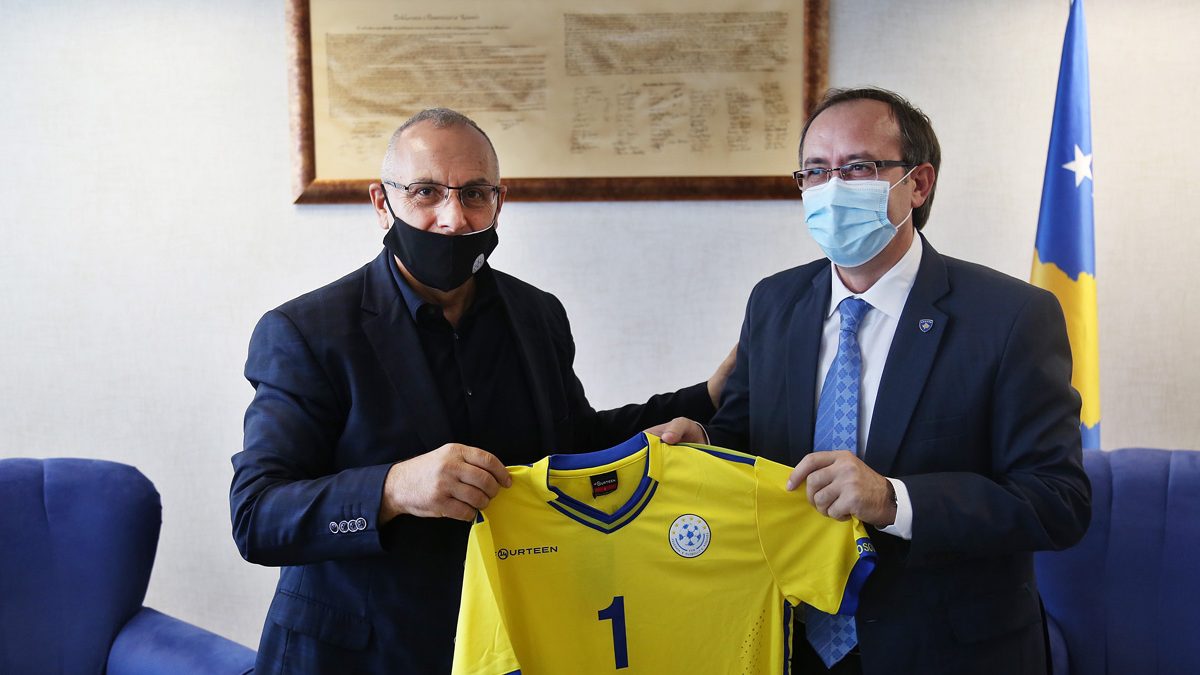 28 August 2020 – President Agim Ademi accompanied by the Vice President, Bakir Burri, Secretary General, Eroll Salihu and the leaders of the “Dardans” fan group, Lulzim Berisha and Arben Zhjeçi were received today by the Prime Minister of Kosovo, Avdullah Hoti. The current situation about the pandemic, about the situation in Kosovo football as well as the next two matches that the Kosovo National Team will play in the Nations League against Moldova in Parma and Greece in Prishtina were discussed. The obstacles and damage caused to our teams in Europe were also discussed.

President Ademi informed the Prime Minister about the work being done by FFK about the preparations for these two matches and the start of the new championship that is scheduled to start on 12 September. Therefore, President Ademi asked Prime Minister Hoti that in consultation with health institutions to create opportunities to allow training and activities for football clubs and schools. Furthermore, it was discussed about the infrastructure and the need to continue the cooperation between FFK and the Government in creating best possible conditions for young people in order to advance our football, whereby investment was required for the regulation of city stadiums and clubs, as well as the management of sports facilities, especially the “Fadil Vokrri” stadium as the only stadium for the national team matches. 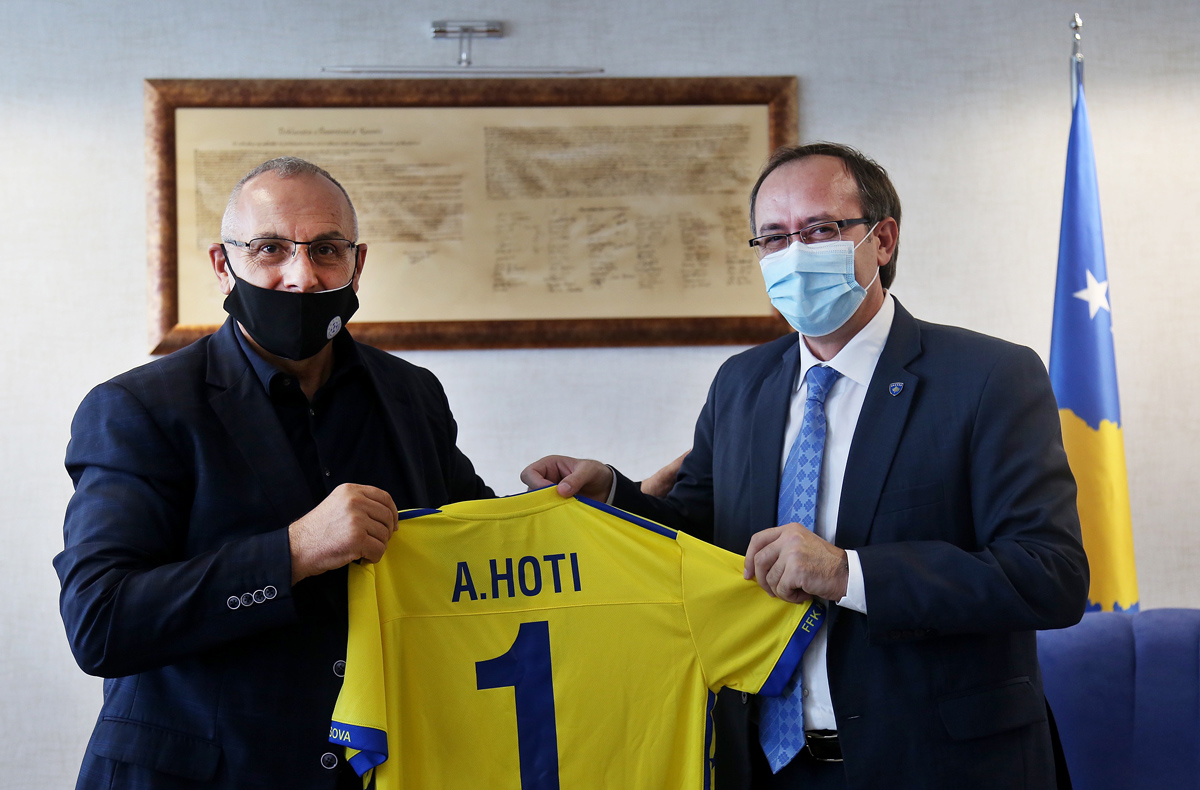 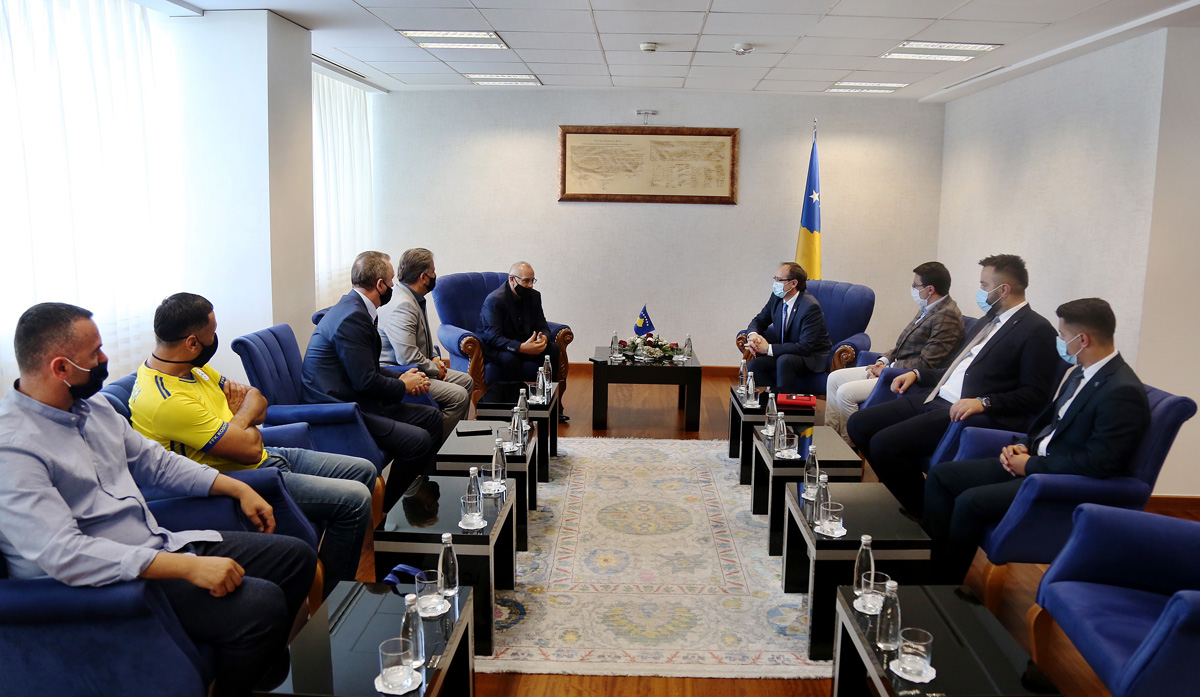 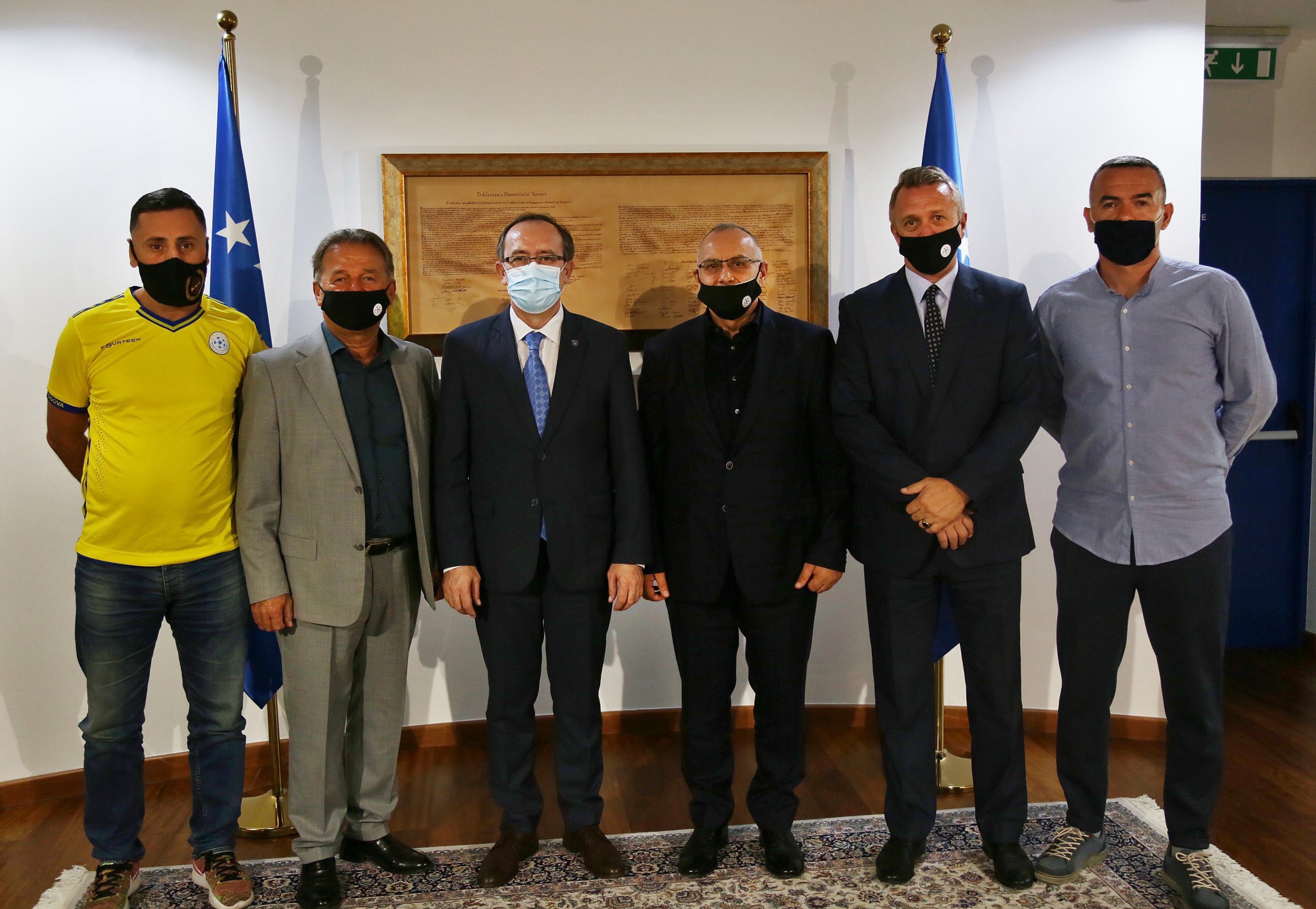 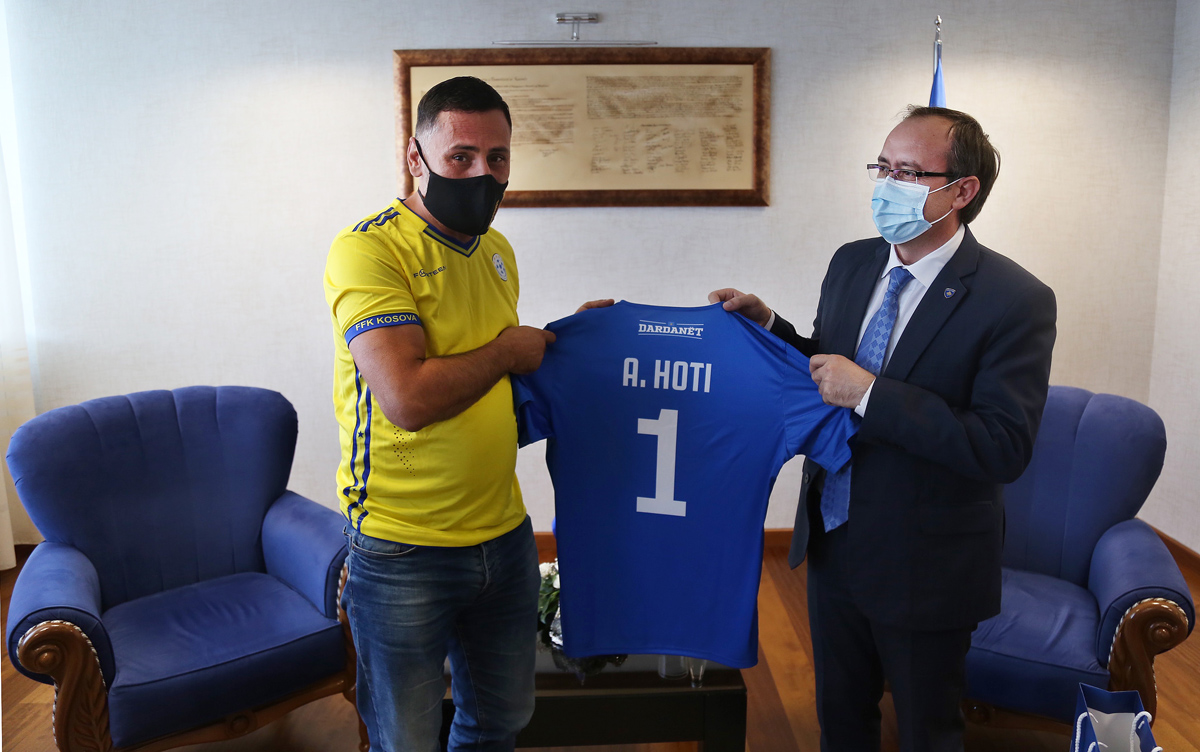 Gjilan is eliminated by APOEL after the additional time