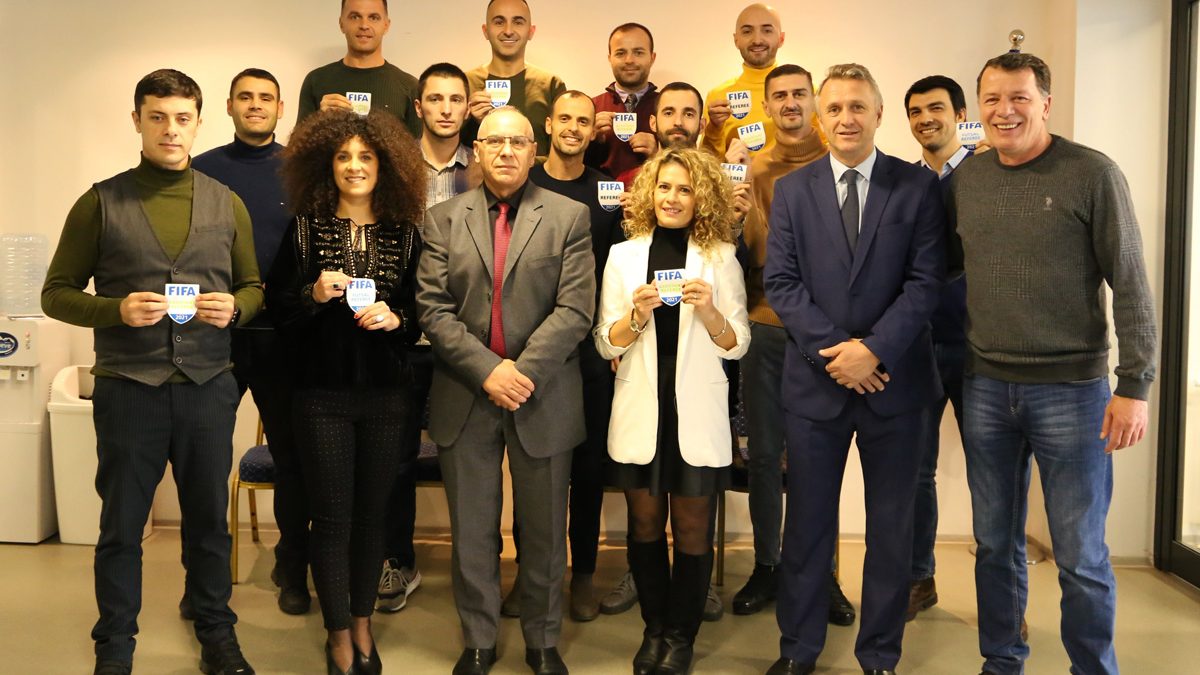 28 January 2021 – President Agim Ademi, Secretary General Eroll Salihu and the Chairman of the Referees Commission, Përparim Hasani, received today in a meeting 13 football referees, to whom the new FIFA emblems were handed over.

President Ademi congratulated the referees with the FIFA emblem as he said that in addition to being a privilege, this emblem is also a responsibility for each of them. President Ademi asked the referees to be vigilant in the spring season, to perform their duty with maximum professionalism and to be an example for the new referees aiming to reach this level.

For the first time, the FIFA emblem has been provided to the futsal female referee, Florentina Kallaba, while other referees have been provided with this emblem last year as well. 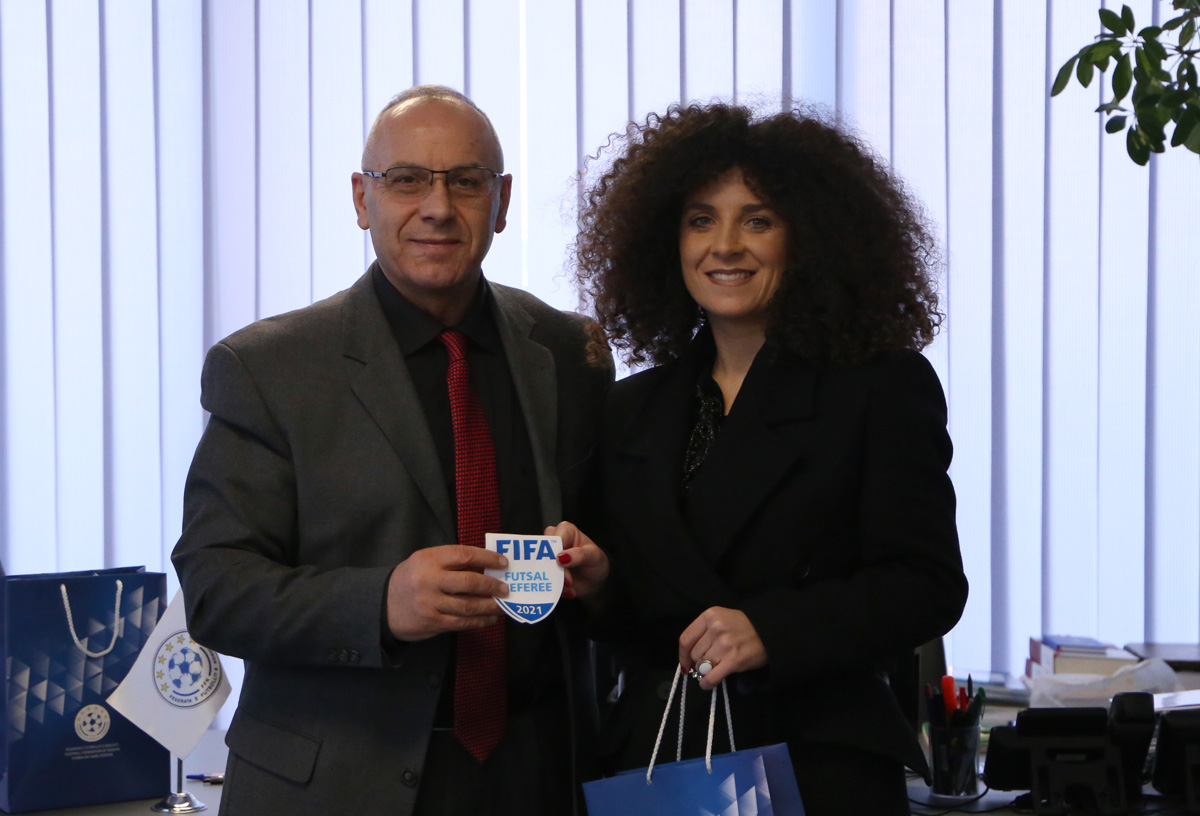 New selectors of U21 and Futsal National Teams are presented