16 January 2020 – President Agim Ademi, Secretary General, Eroll Salihu and the Head of the Referees Commission, Përparim Hasani, handed over today new FIFA badges to 13 referees. Good performance of the two current trio of referees in the international arena led by Genc Nuza and Besfort Kasumi have made that paralel to their reconfirmation with FIFA badges, another trio of referees led by Visar Kastrati are equipped with FIFA badges this year. Three Kosovo main referees, six assistants, three futsal referees and one female assistant referee in the women’s football have been equipped with FIFA badges this year. President Ademi praised the referees equipped with FIFA badges assessing their role in developing national competitions and the image they are giving our football in international matches, as very important. At the same time, President Ademi called for even greater determination and professionalism this year, in order to help future generations get the FIFA badges and enjoy the justice sharing in international matches. Even the Secretary-General, Salihu, asked the referees who received FIFA badges to be vigilant and professional in their ongoing work, never falling prey to possible pressures or various negative phenomena. 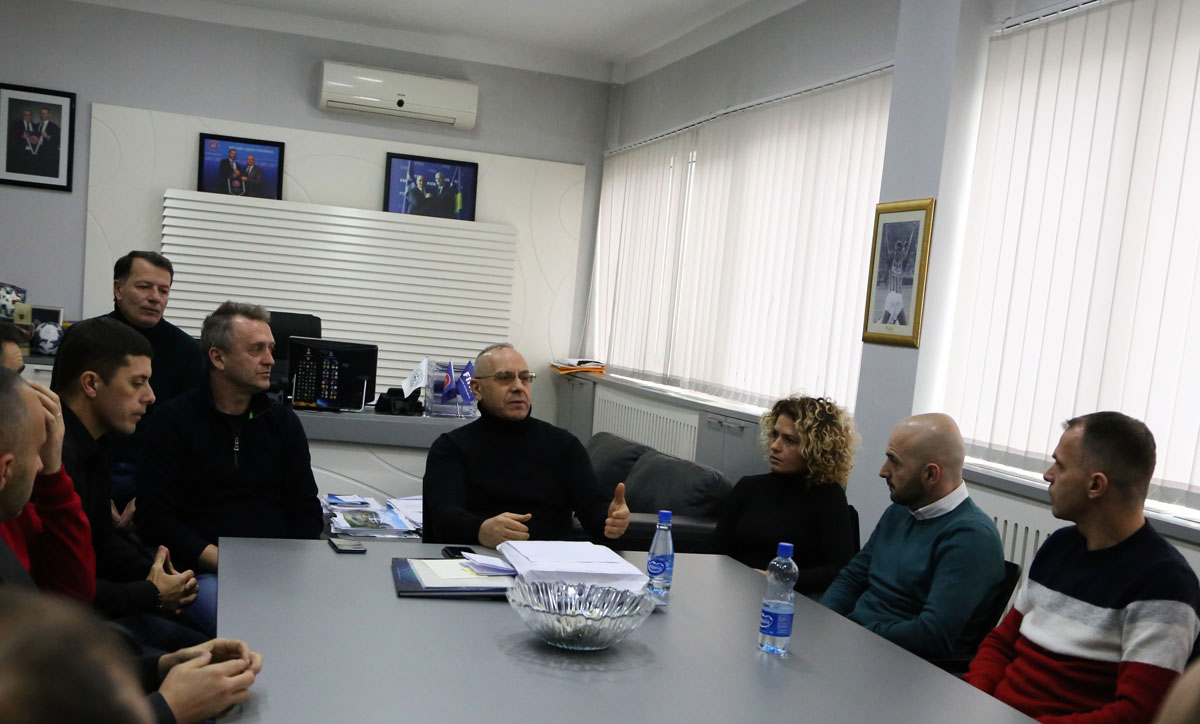